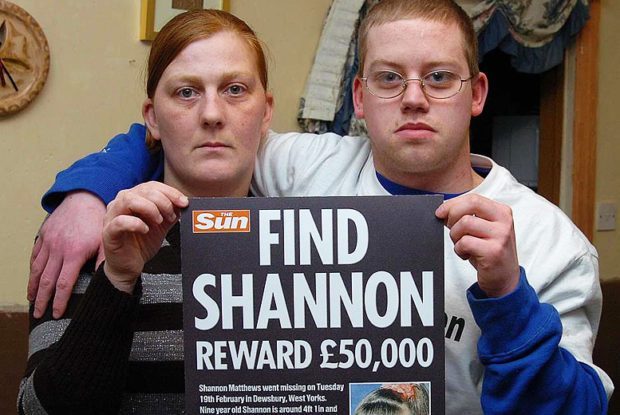 A doco called The Disappearance of Shannon Matthews has just been released and it’s got the world talking. It’s based on one of the saddest, most bat-shit crazy true stories I’ve ever heard and I can’t believe I hadn’t heard of it before. Here’s the gist if you’re not across it…

In February of 2008, Karen Matthews appeared to be living every parent’s worst nightmare. Her nine-year-old daughter, Shannon, hadn’t returned home from school, which was only 800 metres from the family home in West Yorkshire. Karen, who appeared beside herself with worry, contacted the police to report her daughter missing at 6.48pm.

With the freshness of Maddie McCann’s disappearance not even a year before still raw in everyone’s minds, the police dove into action. 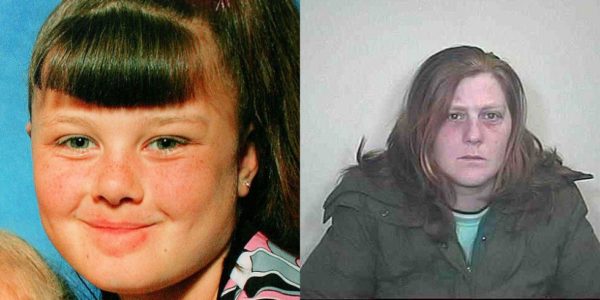 shannon and her mum karen

Over 200 police officers joined the search.  Of 27 of the entire UK’s specialist victim recovery dogs, 16 were brought in to help find Shannon. 3000 homes were searched and 1500 motorists questioned. An initial reward of £20,000 was offered by The Sun newspaper for Shannon’s return, which was increased to £50,000 by the time the search hit its twentieth day.

The community – and the world – banded together with thoughts, prayers and action for poor little Shannon and her grieving, terrified mother.

Then on March 24th, 24 days after she disappeared, Shannon was found – hidden in the base of a ‘divan bed’ (which I had to Google – it’s basically the base bit of a mattress-and-base bed) at the home of a man named Michael Donovan. The unravelling of this story is disgustingly wild.

So, Michael Donovan turned out to be the uncle of Karen’s boyfriend, Craig Meehan. As things unfolded, it was discovered that Michael and Karen had concocted THE ENTIRE THING. The plan was that Michael could eventually ‘find’ Shannon (you know, from under his bed) and return her to police, allowing he and Karen to nab themselves a pretty penny between with the reward money and the publicity generated from her disappearance.

During her ordeal, Shannon was tied up with a strap that circled the ceiling beam overhead and drugged with sleeping pills and travel sickness meds. She was ordered not to move or go anywhere near the windows, staying huddled and terrified for her life inside that tiny space. Needless to say after her rescue, Shannon reportedly suffered some serious recurrent nightmares and no doubt, PTSD.

In a joint trial, Karen was found guilty of child neglect and perverting the course of justice, and Michael with kidnapping and false imprisonment. Both were given eight-year prison sentences, although neither served their full terms. Not even half of them. Oh yeah, and Karen’s charming boyfriend, Craig? Apparently he had no knowledge of the kidnapping, but was convicted of possession of child pornography which was uncovered during the investigation.

Shannon herself was given a new identity and placed with a foster family.

If you’re keen to learn more about this very sad but very fascinating case, you can watch the new doco below:

If you’re after something waaaaaay lighter, have a listen to our latest ep of the pod below then subscribe here to get all eps delivered straight to you as they drop.