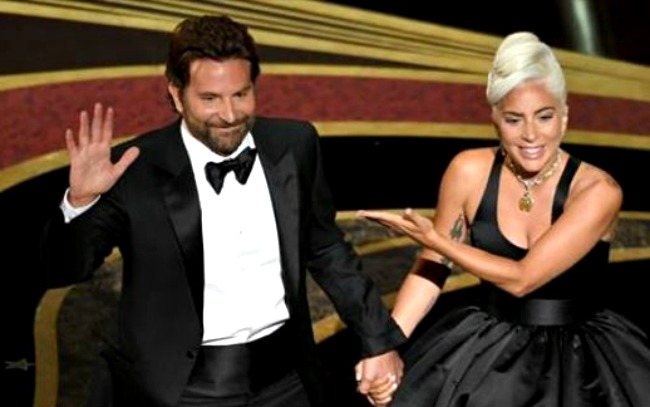 The magic Gaga/Cooper moment you missed from the Oscars

Thanks to the revolving door of A-list celebs lined up to present awards, some surprise wins and some bona fide mind-blowing musical moments, the 91st Oscars was thankfully nowhere near the debacle some had predicted.

Here are some of my choice highlights:

1. A lot was made about the choice to go ahead without a host, but instead of sitting through a monologue or a stunt designed to go viral, the starts were treated to a rocking start by the legendary Queen fronted by Adam Lambert. Celebs at the Dolby Theatre were loving it sick, with Javier Bardem, Octavia Spencer and J-Lo seen loudly cheering and dancing before the audience leapt to their feet in a standing ovation to honour the rock Gods.

2. In lieu of an actual host, Tina Fey, Amy Poehler and Maya Rudolph strutted out as the first presenters of the night, with the hilarious trio reminding everyone of the sort of lame host jokes we were thankfully missing out on and asserting that it made sense for them to present the award for Best Supporting Actress because yes, women support other women – YASS BITCHES, YASSSSS!! 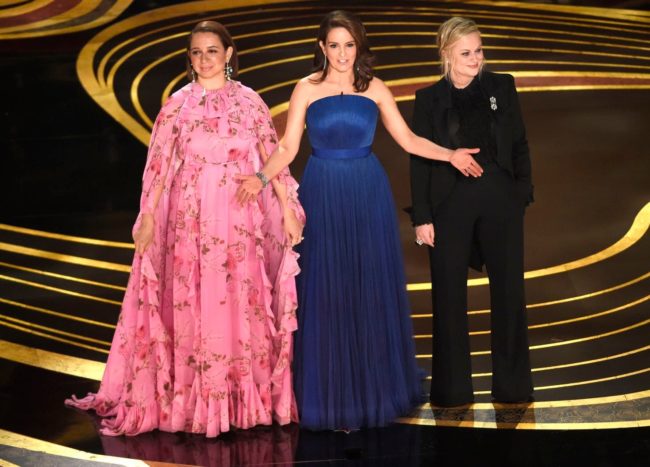 3. One of the best dressed of the evening, Regina King, in her figure-hugging Oscar de la Renta, then took to the stage to accept the award for Best Supporting Actress, escorted by the dashing Captain ‘Chris Evans’ America himself, no less…

My other faves for the night were Billy Porter serving up an entire mood in a Christian Siriano flowing tuxedo, Jennifer Lopez as a mirror balled glam goddess and Lady Gaga slaying in old school Hollywood glamour in a strapless Alexander McQueen gown paired with a $36 million dollar rare yellow diamond Tiffany & Co necklace. Behold… 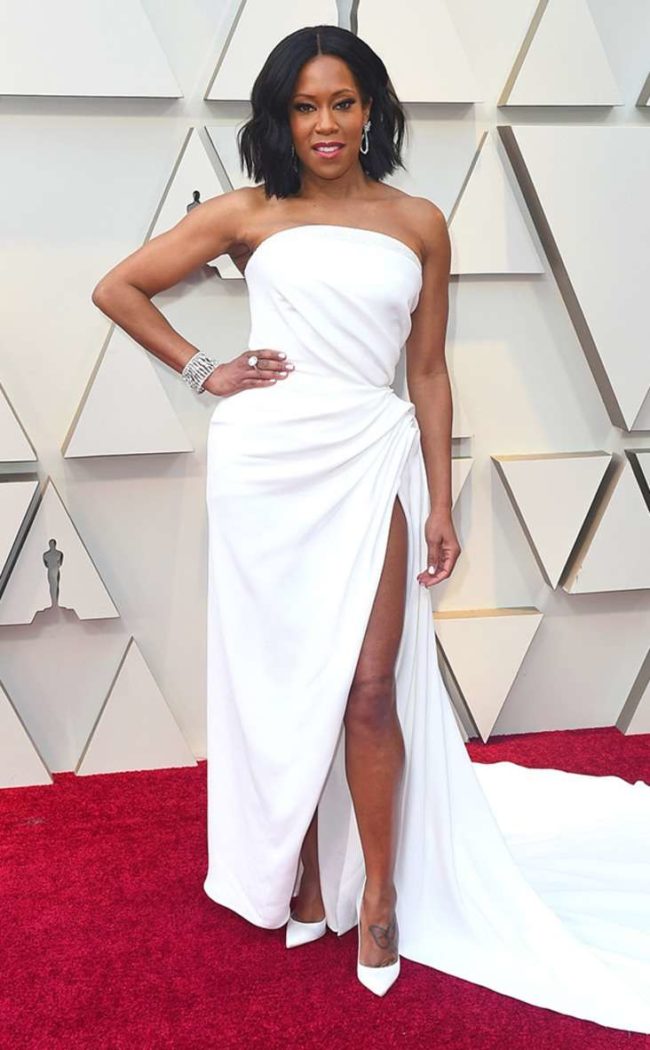 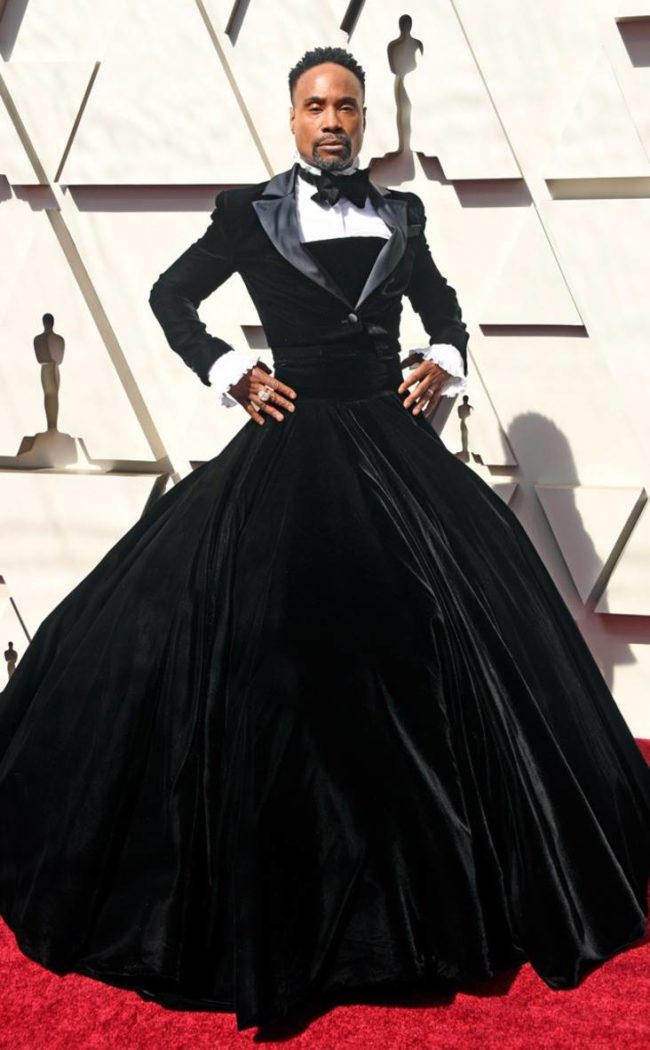 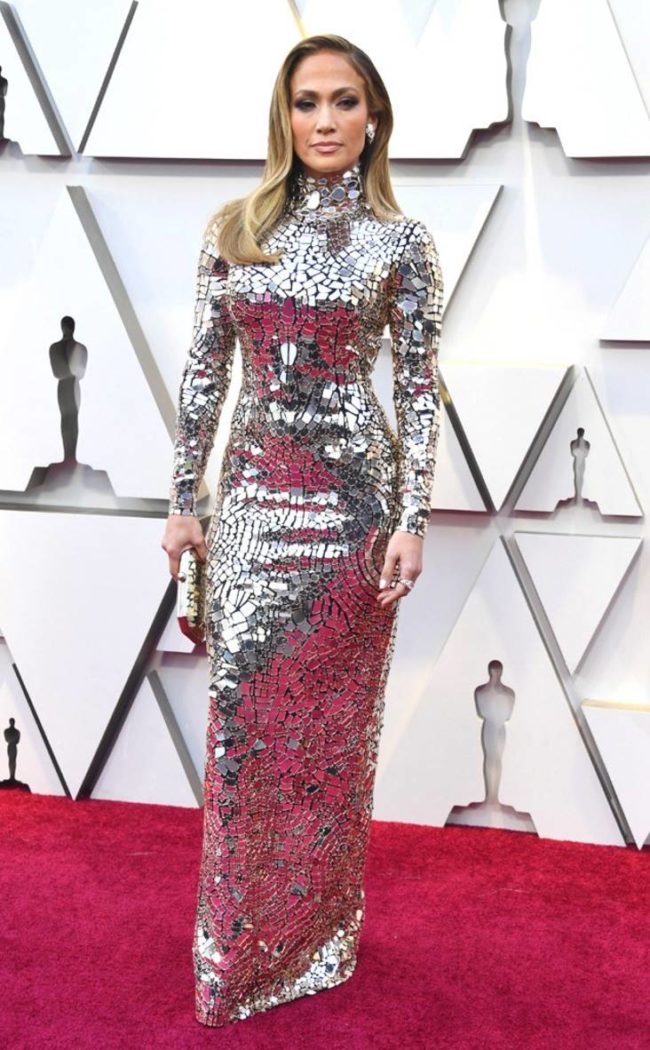 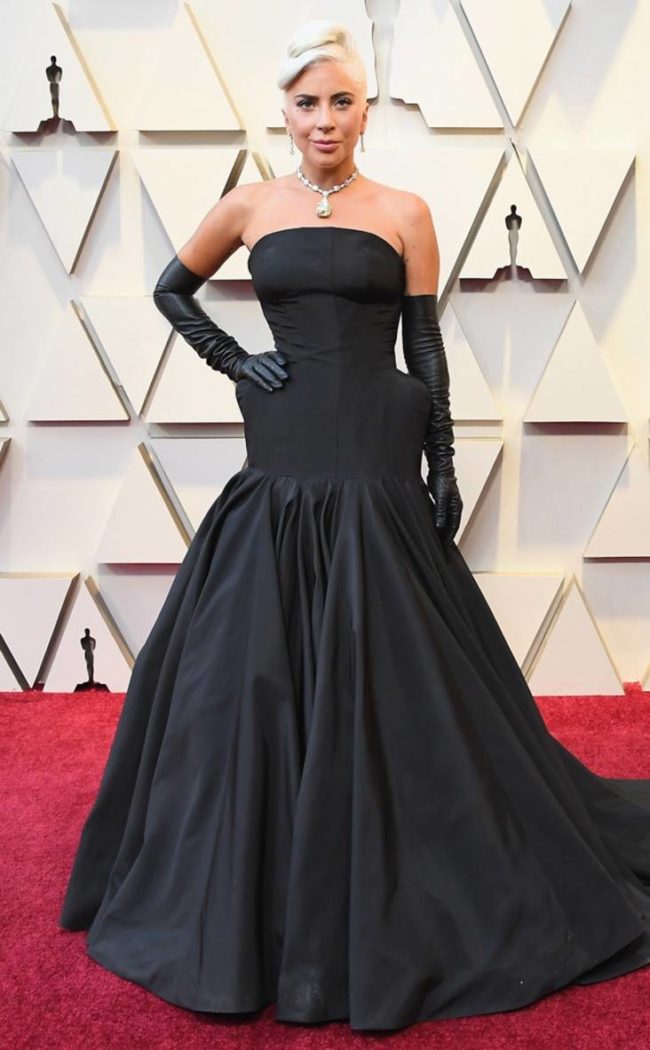 CHECK OUT THE BLING ON GAGA
Image: Steve Granitz/WireImage

4. SPIKE LEE FINALLY WON AN OSCAR!!! Sure, it wasn’t for his directing chops, but after five nominations, it was awesome to see him jump into the arms of presenter Samuel L. Jackson for a hug before warning organisers, “Do not turn that mother fucking clock on!!” 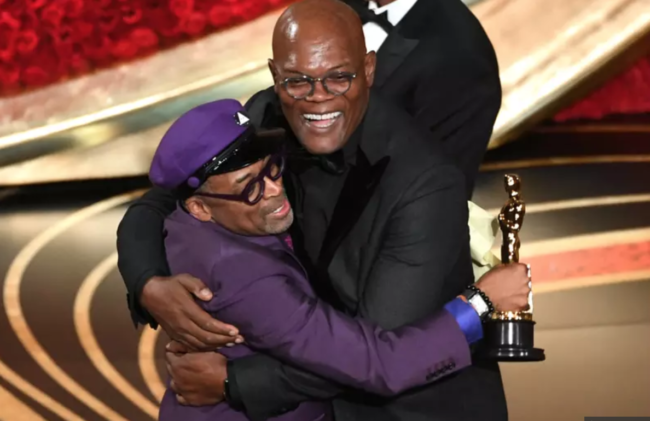 5. To be honest, I’m amazed that I remember anything else that happened because tonight was all about the unicorn coupling that we all stan, Lady Gaga and Bradley Cooper, hitting the stage. Whilst I’m still not over the fact that Bradley got well and truly Afflecked this awards season, the should-be-an-actual-couple took their moment and delivered the highlight of the night.

Gaga was somewhat criticised for her dramatic performance of ‘Shallow’ at the Grammys but it’s clear she was saving her understated best for this night. The pair practically eye-fucked each other as they oozed emotion and sexual chemistry. Bradley soon joined her at the piano so they could both sit with their eyes closed and sing the final moments of their song. FAAARK their performance was so flawless, I will fight anyone who dares to say otherwise.

And then, there was THIS little piece of magic that happened after the performance…

Something major just happened. After “Shallow” perf, @ladygaga & Bradley Cooper exited stage for commercial break. During break, they came back to their seats from stage then audience gave them another standing o. I’ve never seen that happen for any performers. Cue embrace#Oscars pic.twitter.com/k9wNh66tn1

6. Needless to say, Lady Gaga’s heartfelt acceptance speech after winning Best Original Song left me ugly crying AGAIN. Gaga delivered another powerful speech, encouraging everyone watching at home to not give up on their dreams.

“Bradley… There’s not a single person on the planet that could have sang this song with me but you. Thank you for believing in us.”

This is Gaga’s world, we’re all just living in it.

Aussie singer Jess Mauboy spoke to us On the Couch about life in the music industry, Aus Idol and tonnes more in the podcast below. Listen in, then come subscribe to our pod here.