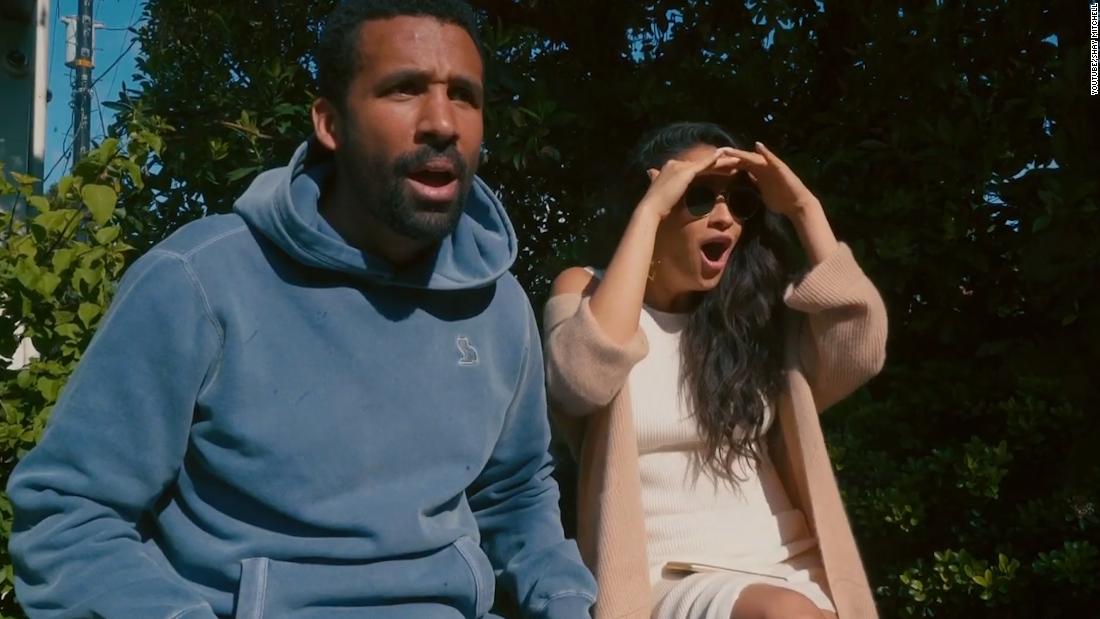 Gender reveal vids are always cute… but unless you know the couple, there’s really only so much balloon popping and cake cutting you can get psyched about seeing on your socials.

That is, until You actress Shay Mitchell posted her gender reveal video on YouTube.  If this video could speak directly to you, it would do a full Kanye West and say – “Congratulations all other parents, imma let you finish, but Shay Mitchell had the best gender reveal of ALL TIME”… and it wouldn’t be wrong.

Shay is currently preggers with her first baby and handed the gender reveal responsibilities over to her assistant, Liz… and that girl deserves a raise and a holiday because she gives new meaning to the term NAILED IT.

This video is an action-packed gender reveal unlike you’ve ever seen before – like, so action-packed that it seriously could have ended in tragedy. But it was totally worth it, especially for the look on the face of Shay’s baby daddy, Matte Babel, who looked like he had no idea what was going on until about three quarters of the way through the vid.

Scroll through to the 2.30 min mark for the start of the reveal itself, but the whole vid is definitely worth a watch…

Shay revealed on her YouTube channel that she suffered a miscarriage in 2018, which is an experience unfortunately shared with so many women around the world. Em Rusciano recently joined us on our Show+Telling pod and spoke so openly about the loss of her son, Ray, at 16 weeks. Have a listen below and subscribe to our pod here for more.