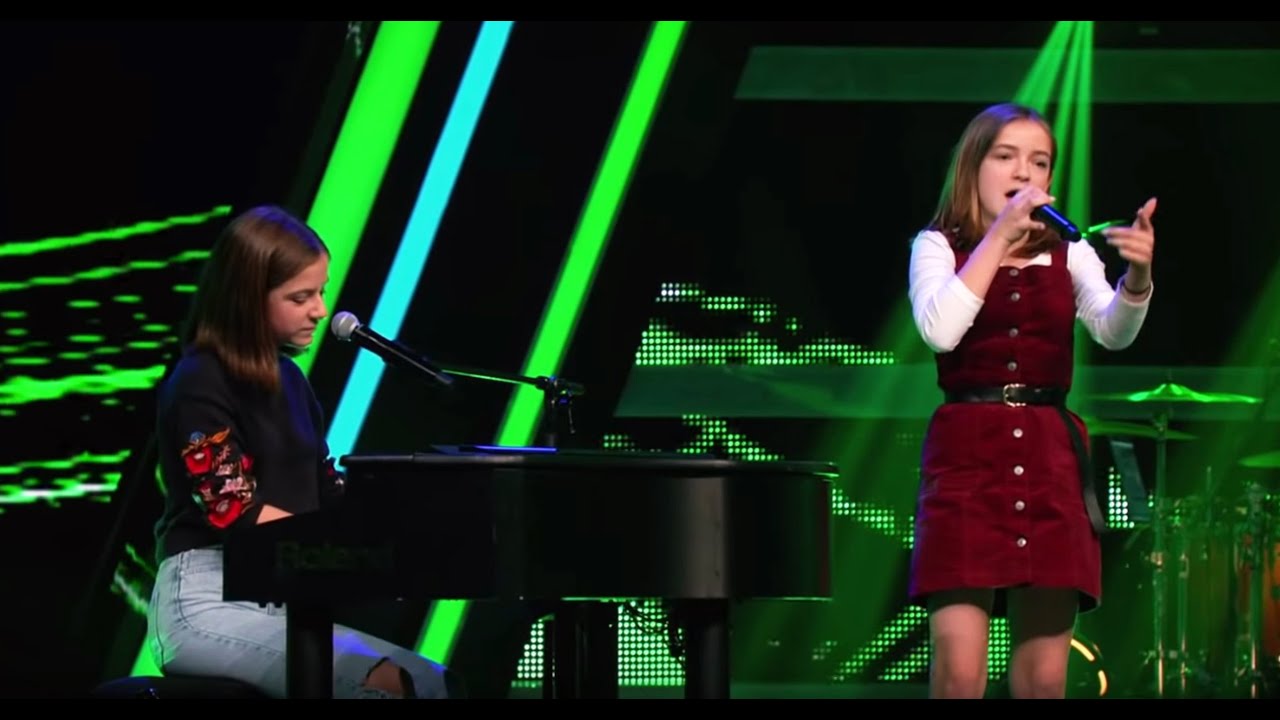 Over the years that I’ve worked at Show+Tell, I’ve seen more singing auditions for shows like American Idol and The Voice than I’ve seen Sex and the City re-runs… and that’s a lot. These vids are almost always courtesy of Stace, who is mad for a strong voice and a killer chorus more than anyone I’ve ever known.

So you can imagine how excited I was when I came across what I reckon is the BEST performance I’ve EVER seen on all the talent shows over all the years.

During an appearance on Germany’s The Voice Kids, sisters Mimi and Josefin (aged just 15 and 13) decided to perform their version of Radiohead’s epic 1992 hit, Creep. There was no doubt that this was something extra special from the second that first note hit our ears, but when they start singing together for the chorus? Let’s just say you’ll need a blanket on hand to deal with the chills…

If you’re covered in head to toe goosies right now, are you even alive?

Have a listen to our very own Aussie songbird, Jess Mauboy, talking to Monty about her time on Aus Idol, the audition process and a bunch of other cool stuff in the podcast below. Don’t forget to subscribe here for heaps more.