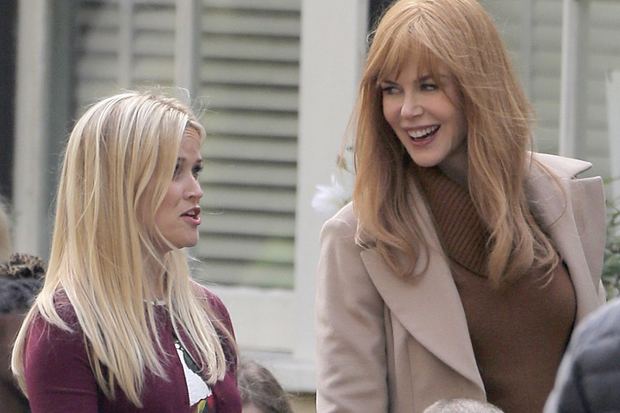 Big Little Lies starts TODAY…here’s all you need to know.

The only thing better than a great book is when the screen adaptation nails it. While supremely annoying, the saying, “the book is soooooo much better than the movie,” really does ring true in most cases. It’s a tough gig though; cramming all that detail into a limited amount of screen time is one thing, but creating onscreen characters that quite often challenge the images we’ve already conjured up in our minds of them would be ultra tricky. But every now and then, a really promising one comes along and I reckon this could be one of those rarities.

I first read Big Little Lies by Liane Moriarty on Monty’s recommendation and before I knew it, I was sitting by my iPhone torch light at 3am, convincing myself that I’d stop “as soon as this chapter is finished.” Of course, as is often the case with a really great book, I ended up pulling an all-nighter and getting through the entire book in one sitting. It was that good.

So when I found out that this fab book was being made into a series, I was curious. When I watched the new trailer of the Big Little Lies seven-part HBO series (which stars Reese Witherspoon, Nicole Kidman, Shailene Woodley and Zoe Kravitz) I got so excited that I’ve actually set a reminder for the big day…WHICH IS TODAY!!!

It premieres at 1pm on Foxtel – Showcase channel. Lock it in!

If you’re looking for a new book, here are Monty, Brooke and Stacey’s top picks:

Do you have a favourite book-to-film adaptation?