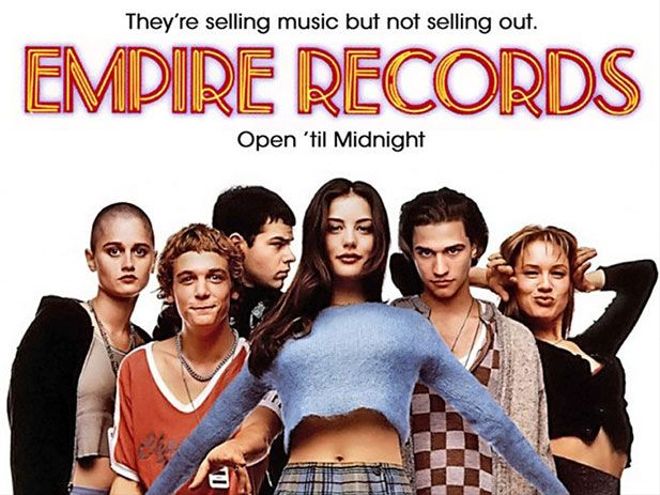 If the words ‘Rex Manning Day’ mean anything to you or better still, conjure up those nostalgic feelings of being a teenager in the 90’s, then this post is gonna rock your world.

In 1995, Empire Records came into our lives and if you’re anything like me, you could basically recite the whole movie word for word and also (tragically) owned it VHS and DVD. You also had the soundtrack, which was perfection (except for the omission of the best track of the movie, AC/DC’s If You Want Blood).  If you haven’t seen it – you must go and watch it immediately because it’s seriously THAT good. The movie follows a day in the life of a gang of employees at Empire Records, a music store (if you can remember those), who come together for the in-store appearance of ‘washed-up imposter’ Rex Manning, an ageing singer whose career is well and truly past its used-by date.

The characters come from all walks of life and in one day, their lives basically implode through a series of events that involve stealing (for the most honourable reason [Lucas] and not-so-honourable [Warren]), suicide attempts, declarations of love, fighting the system and ‘the Man’ and the overall pressures of life as a teen in the 90’s. Like that other 90’s gem,  Reality Bites, Empire Records totally stands the test of time and had me wondering… what happened to the cast members we loved so much?  I did some hardcore Googling and here’s what I found…

Corey, played by the stunning Liv Tyler, was the perfect girl with a whole lotta issues going on deep under the surface (who could forget the scene where Gina finds her stash of speed after the whole Rex Manning business). Following Empire, Liv went on to star in another 90’s cracker, Stealing Beauty, as well as That Thing You Do! with Tom Hanks and blockbusters Armageddon and the Lord of the Rings trilogy. Liv is now a mum of three; two boys named Milo and Sailor and a daughter named Lula Rose. Liv’s most recent work has seen her star in 2018’s horror flick, Wildling, and the iTV/Hulu series, Harlots. She is now 41. 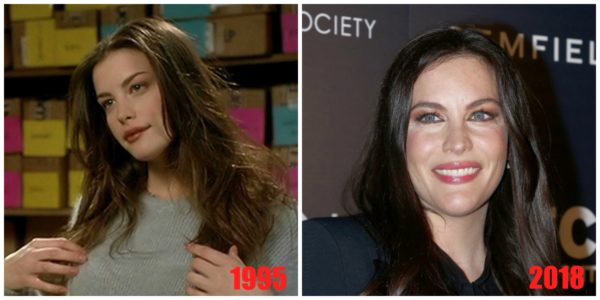 Perky and flirtatious, Gina will always be remembered for ‘doing it’ in the count-out room with Corey’s crush, Rex Manning. There’s no doubt that Renee has probably had the most successful career in terms of making it big in Hollywood, with loads of blockbuster movies under her belt such as Jerry Maguire, Chicago and the Bridget Jones trilogy. She also won an Academy Award in 2004 for Best Supporting Actress in the movie, Cold Mountain. 49-year-old Renee’s latest film, Judy, in which she plays the legendary Judy Garland, is currently in post-production and we can’t wait for that one to hit our screens later this year. 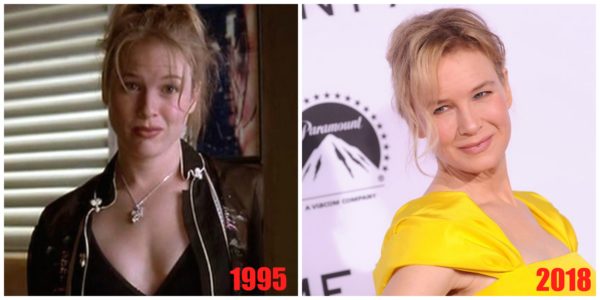 As if we didn’t all want a boss like Joe. He was the big brother/father figure to many of Empire’s teen employees (especially Lucas) and although he was majorly pissed about the whole loss of takings in Atlantic City, he fought tooth and nail to save the store and the kids that worked for it. Aussie-born Anthony’s best known TV role saw him play Jack Malone on Without A Trace for 160 eps over seven years and star is Aussie films such as Looking For Alibrandi, Brilliant Lies, Lantana and Balibo. Anthony currently lives in the US and his last film credit was in 2017’s horror flick, Annabel: Creation and in SBS’s mini-series Sunshine, also in 2017. He’s now 59. 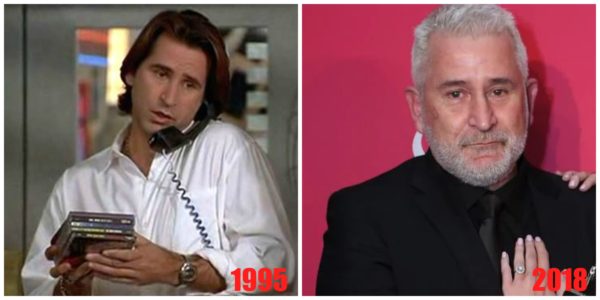 Was there ever a more loveable ‘villain’ than Lucas? Confined to the couch for most of the movie, Lucas’ decision to steal Empire’s takings and try to double the cash in Atlantic City to save the store was the dumbest/most endearing move ever. His cooky one-liners are classic and the movie just wouldn’t be as great without him. Rory is probably best known for playing Tim Speedle in CSI Miami and also starred in seven eps of 2009’s TV smash, 24, with Kiefer Sutherland. As far as films go, you can catch Rory in 2006’s A Scanner Darkly with Keanu Reeves and in 2012’s epic Argo alongside Ben Affleck among plenty of others. His latest film, Antlers, in currently in post-production. Rory is now 46 years old. 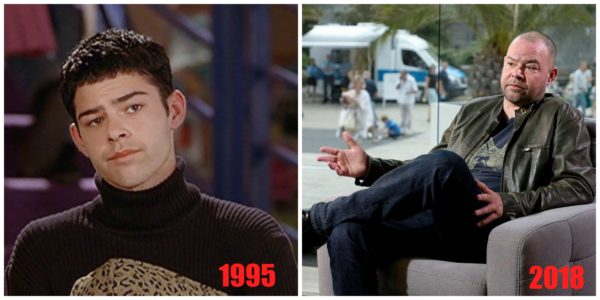 Mark, the goofy stoner with a heart of gold, was the brains behind Empire’s ‘Damn the Man, Save the Empire!’ campaign that eventually saved the beloved store in the movie. Following Empire Records, Ethan starred in That Thing You Do! alongside fellow Empire co-star Liv Tyler, played Rusty Griswald in National Lampoon’s Vegas Vacation with Chevy Chase and most recently stars in Netflix’s Grace and Frankie as Coyote Bergstein. Ethan is now 40. 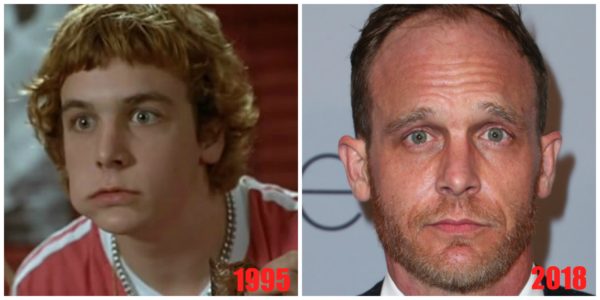 Ok, so we all thought Corey was a dick for not jumping the gorgeous AJ’s bones ‘cos she was holding out for Rex Manning, but it all came together in the end. Johnny took a little break after his first couple of films and came back in 1997’s The Rainmaker and also starred alongside Lucas (Rory Cochrane) in TV drama, CSI Miami. As far as movies go, you can spot Johnny in several biggies such as 3:10 to Yuma with Russell Crowe,  Limitless with Bradley Cooper and most recently, in 2018’s Carte Blanche. Johnny is now 43 years old and still HOT. 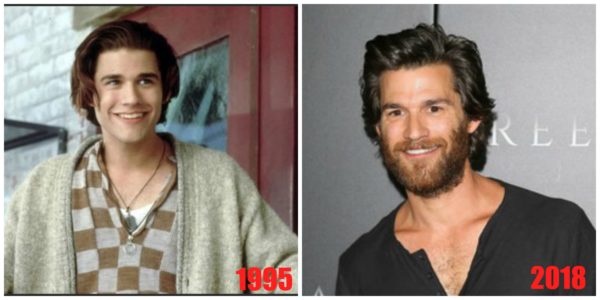 Mixed-up, shaved head, no-bullshit Debra’s sorrow was relatable to so many of us angsty teens in Empire Records, but it was her quick-witted comebacks, particularly to Gina, that made her a fave. Robin has done tonnes of stuff since Empire, most notably starring alongside Neve Campbell and Fairuza Balk in the 90’s occult hit, The Craft, in 96. She also had massive TV success starring in The Mentalist with Aussie’s Simon Baker from 2008 – 2015. Robin is 46 years old and married to interior designer Nicky Marmet and welcomed a son, Oscar, in 2016. 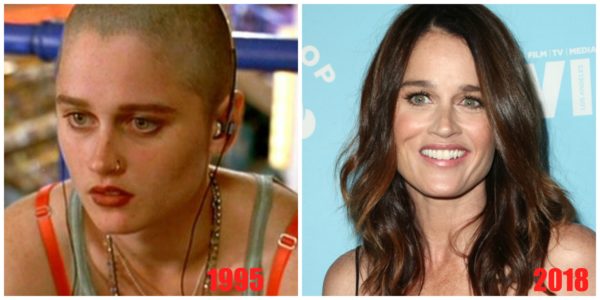 The best shoplifter there ever was, ‘Warren Beatty’ was a smart-mouthed kid who eventually became part of the Empire Records team. His classic line? “Stop calling me Warren, my name isn’t fucking Warren!” Brendan was the youngest of the cast and has starred in quite a few movies between Empire and now, most notably Black Hawk Down in 2001, although he has since spoken out about his disagreement with the overall message of the movie. Keeping the Empire Records spirit alive, Brendon is now 38 and owns and runs his own independent record label in NYC called ‘Big Bit of Beauty’. Damn the man! 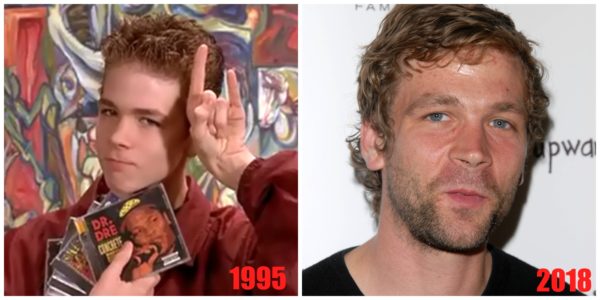 Debi possibly had the worst hair ever seen on screen as Rex Manning’s ‘minder’, Jane, but we loved when she did a runner on him. We also loved the chemistry between Joe and Jane. In real life, Deb has starred in heaps of films over the years and also did well in TV, starring as a divorce lawyer in Civil Wars, as Vince’s publicist Shauna in Entourage and most recently as Maggie in Younger. Debi and her husbo, Gabriele, also hosted a cooking show called Extra Virgin from 2011-2015. She’s now 54 years old and counts Madonna as one of her besties since they first met back in the early 80’s and has starred in five of Madge’s film clips over the years. 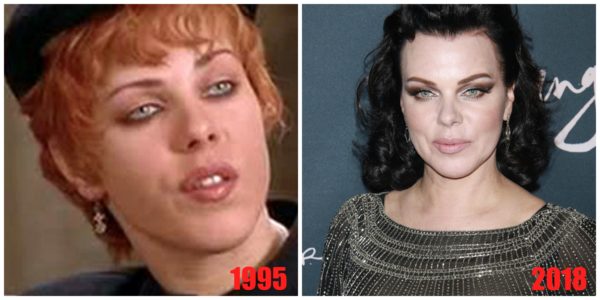 Sexy Rexter provided the backdrop for the entire movie, which is set on ‘Rex Manning Day’. The ageing pop star desperate to cling on to any relevancy was the film’s laughing stock with his blow waved ‘do, purple shirt and over the top fake tan. In real life, Maxwell Caulfield is 59 and has worked consistently in film, TV and theatre both before and since Empire Records… and who could forget him in Grease 2 with Michelle Pfeiffer? 59-year-old Maxwell’s latest film is the soon to be released comedy, Those Who Wander, which he plays a character called – no shit – Rex. His biggest hit to date has gotta be Say No More, Mon Amour though, right? 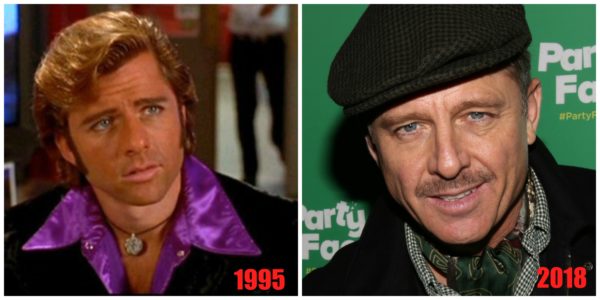 Just for shits and giggles …

We spoke to Dannii Minogue, one of the legends of the BEST Aussie TV show of the 80’s, YTT, a little while back. You can listen to that chat in pod form below, watch the vids here and of course, subscribe to our podcast here. It’s free and awesome.