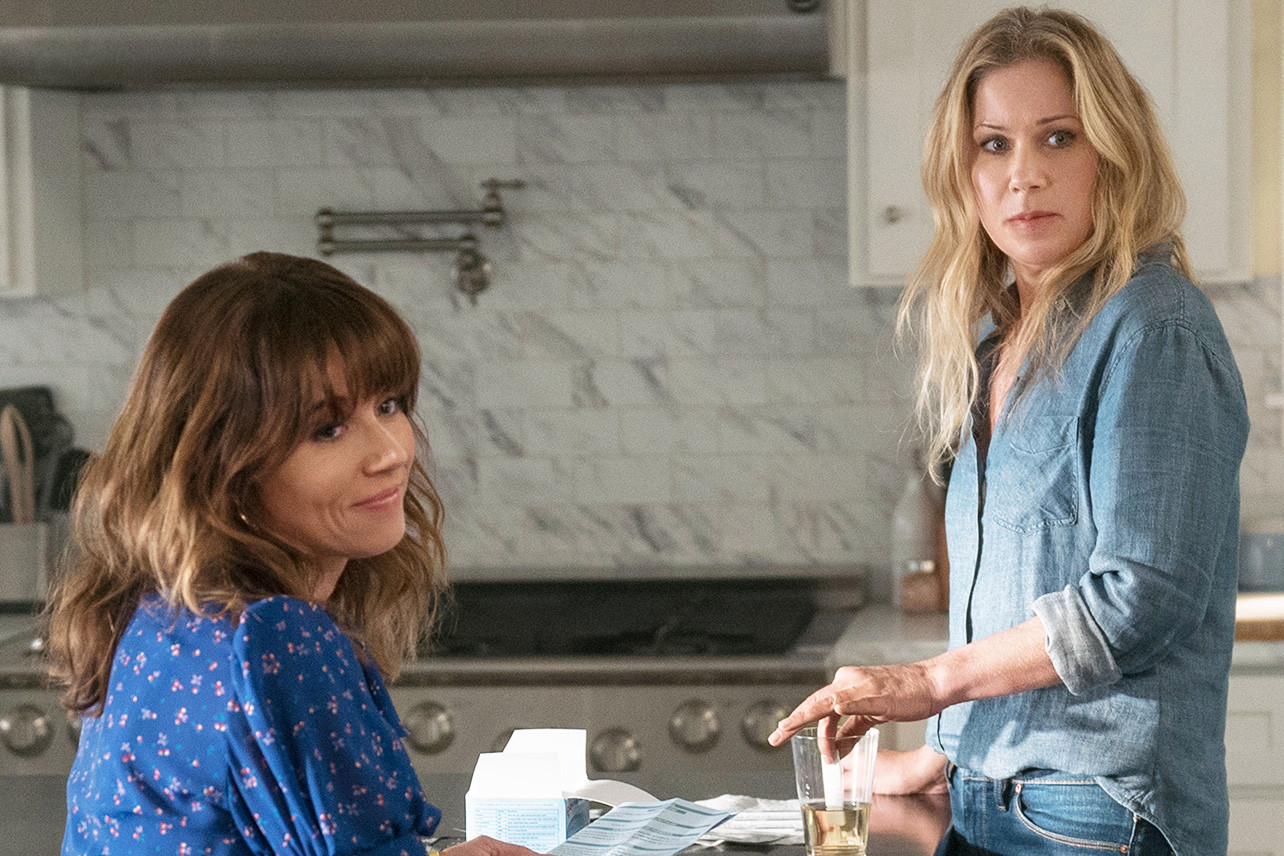 It’s time to binge on this Netflix beauty…

Last night, I binge watched an ENTIRE SERIES on Netflix. It was one of those blissful nights when my husband and the kids all went to the footy and I was left home alone, just like Macaulay Culkin. Instead of setting traps for burglars after my loot, I parked my ample arse on the couch and started watching Dead To Me, a new series on Netflix starring Christina Applegate, Linda Cardellini and James Marsden. I went in blind, knowing nothing about it… and I couldn’t stop watching until I had finished ALL TEN episodes.

It’s hard to explain Dead To Me without giving too much away, but it sits in the genre of ‘traumedy’ or what we might have called ‘black comedy’ back in the olden days.

Dead To Me tells the story of Jen (Christina Applegate), a working mum of two boys who recently lost her husband, Ted, in a brutal hit and run accident during a late night jog. Jen is struggling, mainly ‘cos she is PISSED at the hand life has dealt her – and her inability to control her anger over the loss of Ted is really becoming a problem in every aspect of her life.

In a bid to get in touch with her grief, Jen joins a support group for those who have lost loved ones and there, she meets Judy (Linda Cardellini). Jen and Judy quickly develop an intense friendship based on their life-changing losses, but it quickly becomes evident that Judy’s story is not all it originally seems.

For anyone who has experienced any form of loss, Dead To Me is relatable in the way it explores our complex relationship with grief, swinging between moments of total heartbreak and delirious hilarity. Its portrayal of female friendship, while under extreme circumstances, is not fed to us in the sickly sweet, cheerleader-ish way we so often see on TV. Jen and Judy’s relationship is fierce and complicated and beautiful and touching and funny and fucked all at once – just like the show itself.

Dead To Me is currently airing on Netflix.

We’ve got a brand new ep of Show+Telling ready for your ears and you can listen below… and let’s just say this one went places we weren’t expecting. Don’t forget to come subscribe here.