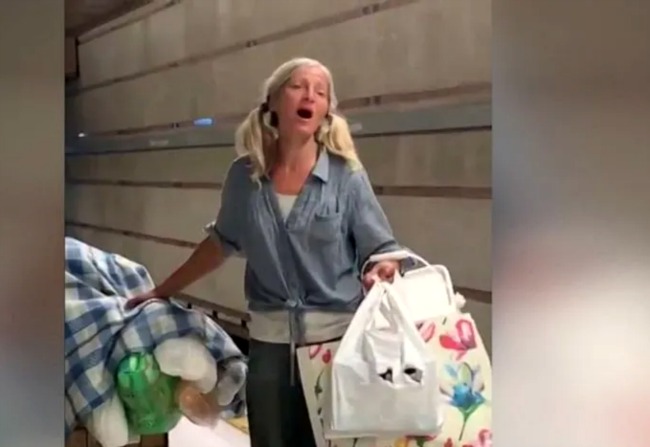 This homeless singer’s voice will give you all the goosies

The news of the world is often filled with some pretty grim stuff, but today we’ve got a story that’ll warm the cockles of your heart like a freshly toasted marshmallow.

Meet Emily Zamourka. Emily is a 52-year-old Russian-born homeless woman who – literally – sings for her supper in the LA subway. Emily has a voice that will send shivers down your spine in the best kinda way, so when an LAPD policeman named Officer Frazier heard Emily belting out Puccini’s operatic classic O mio babbino caro, he grabbed his phone and hit record to capture some of the magic. Check it out…

After posting the bit of musical heaven to the LAPD HQ Twitter page, the vid went viral and caught the attention of Grammy-nominated music producer Joel Diamond who, according to TMZ, has offered Emily a recording contract.

While it’s unknown whether Emily has signed with Joel Diamond, she recently performed her first on-stage gig over the weekend at LA’s new Little Italy opening. A GoFundMe page has also been set up by a kind-hearted legend named Michael Trujillo, with the intention of raising the money to replace Emily’s stolen violin, has gone bananas and raised $76,659 (at the time of writing). The money will help Emily get back on her feet after becoming homeless due to years of health difficulties which left her unable to pay her rent.

Just to make this story even sweeter, Emily was reunited with Officer Frazier – the man who took the original video of her – and got her chance to say thank you.

We saw with our brains, but we listened with our hearts.

Her voice continues to captivate our city, and as the offers for help pour in, we asked: “Emily, what can we do for you?” Her answer: “I want to thank Officer Frazier for taking the video.”

Her wish was granted tonight. pic.twitter.com/lH4V51YTZ4