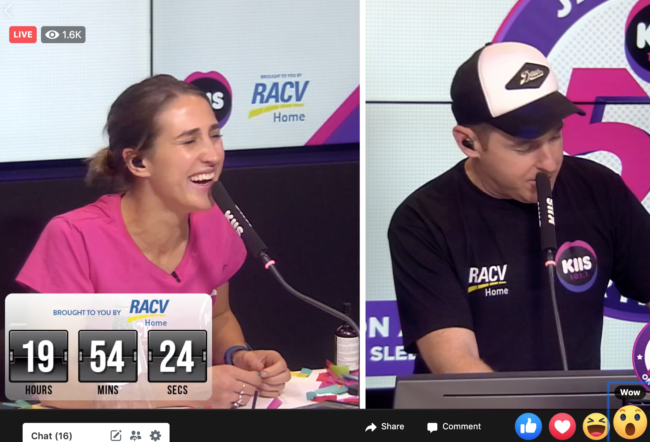 We are SO addicted to watching this live stream

One of the best things about our little team here at S+T is our WhatsApp group. Our chat thread is a real mixed bag of gold and it’s not unusual for our phones to ding well after 5pm with recommendations, inappropriate pix and vids (99% from Monty) and hilarious memes. So when Monty sent a message last night at 9.30pm about the show she couldn’t stop watching, I was on it.

Monty’s recommendation wasn’t of the Netflix or Stan variety like usual- it was a live Facebook stream of her fellow presenters and mates from KIIS FM, Jase and PJ, who were (and still are) doing a non-stop, 56 hour broadcast of their show. ‘Sounds shit’, I thought to myself as I opened a new tab on my laptop and clicked on.

What a fucking mistake that was.

Somehow, the ‘shit’ Monts had recommended had my husband and I glued to my laptop til midnight…. at which point we decided to ‘call it a night’ and head up to the bedroom – where I switched over to my phone and we continued watching until 1am like complete and utter losers.

I’m embarrassingly obsessed, so much so that instead of snoozing when my alarm went off this morning, I logged on to see how they’d faired during the night. My daughter and I watched them as we hoovered toast and packed school lunches. My husband and I have texted more today than we have in forever with messages like – “they’re about to do an ice bath” or “Jase really looks like he’s about to crack.”  I watched when my girl Monty paid them a visit and – this is the worst – watched with my phone in my lap and ear buds in while I was getting my nails done. 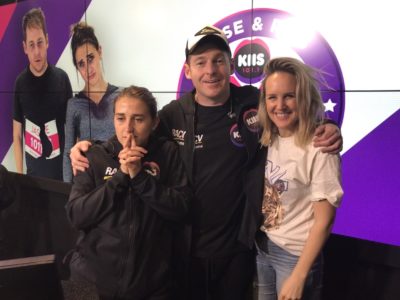 Pj (drifting off), Jase and Monty

Even as I write this I have them playing in an open tab, which probably explains the year eight standard of this article.

It’s definitely not just me who’s fascinated by this, ‘cos at any given time there’s about 1500 other voyeurs watching on with tired, sympathetic eyes. It’s a front row, behind-the-scenes look at the world of commercial radio with the added enjoyment of watching two very lovely and talented humans (and their entire team) endure some seriously self-inflicted torture and suffering. And it’s bloody entertaining. Tune in here.

We had Monty’s 3PM Pick Up co-shot, Bec Judd, On the Couch a little while back – listen to our chat in pod form below, then head here to subscribe. 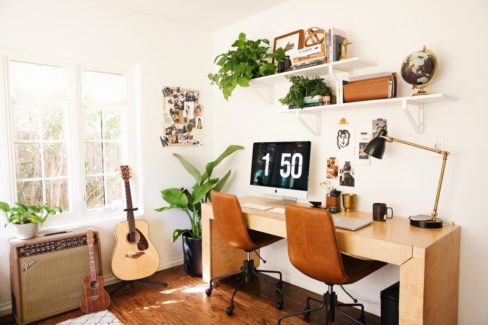 There’s never been a better time to spice up your work space!