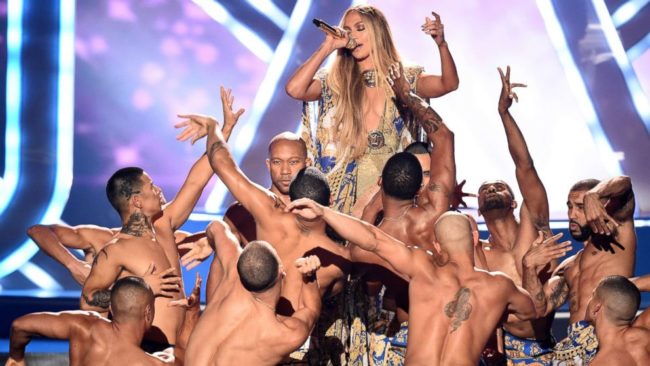 It’s hard to believe that it’s been almost 20 years since Jennifer Lopez released her debut album, On the 6. That album was a BIG deal when it came out and I don’t know about you, but I danced my butt off to songs like Let’s Get Loud and If You Had My Love on sticky nightclub dance floors almost every weekend. There was no doubt in those early years and the ones that followed, that this lady was not only here to stay, but destined for mega success.

Since she first appeared on TV as a Fly Girl dancer for the popular comedy show In Living Color back in 1991, to her recent residency in Vegas, JLo has shown the world that she is more than the ‘triple threat’. She’s a singer, actor, dancer, beauty and fragrance mogul, designer, TV host and producer.

She’s had her controversies over the years, suffered multiple VERY public break-ups and been ridiculed for acting projects, but has continued to pick herself up, work her arse off and come back bigger and better than before. And today, Jennifer Lopez received the prestigious MTV Michael Jackson Video Vanguard Award.

And like so many artists to accept the award before her, JLo treated us to a CRACKER medley of her music over the years. Enjoy…

After her performance, JLo accepted the award with a speech thanking her twins, Max and Emme, her family, fans, and of course, A-Rod…

Did you know that Dannii Minogue and Vinnie Del Tito from YTT were a real-deal couple back in the day? Dannii spoke to us about those YTT days, motherhood, her career and heaps more in the podcast below. Have a listen, then come subscribe to our pod here for more.