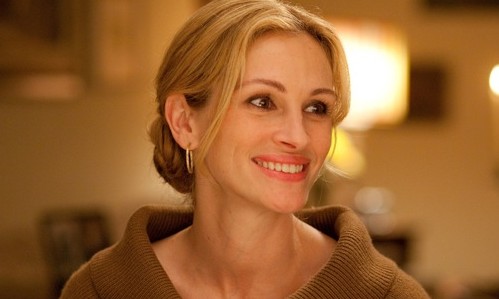 One of our fave books is becoming a TV show

Julia Roberts is going to join the rad list of a-list actresses who have headed to the small screen. Jules is going to star in her very first TV role and us gals here at Show + Tell are a tad excited about it!

Not only just because we love us some Julia Roberts, but because the series is based on Maria Semple’s novel, Today Will Be Different – and this is one of our faves. It’s so ace when a book you have read and loved gets adapted for the the big or small screen – and it’s happened a lot lately. Liane Moriaty is one of my favourite authors and her hit Big Little Lies is going to hit our TV screens early next year with both Reese Witherspoon and Nicole Kidman front and centre,  and let’s not forget the movie adaptation of Paula’s Hawkins’ Girl on the Train and Gillian Flynn’s Gone Girl.

So here’s hoping Maria’ Semple’s ‘Today Will Be Different’ will follow suit. Julia will play the book’s main character, Eleanor Flood, a woman with high hopes of having the best day ever until her plans are disrupted by an unexpected future. While Julia has guest starred in many TV shows over the years such as Friends and Law & Order, this project will be her first regular role.

The actress will also produce the TV series through her Red Om Films company and former HBO exec Sue Naegle will assist with development.

“I’m giddy that Eleanor Flood will be brought to life by Julia Roberts and am elated to collaborate with Megan Ellison, Sue Naegle and the team at Annapurna on this endeavor. This will be a fun ride,” Sue said in a statement.

No on-air date has been set yet, but we’ll be sure to keep you updated.