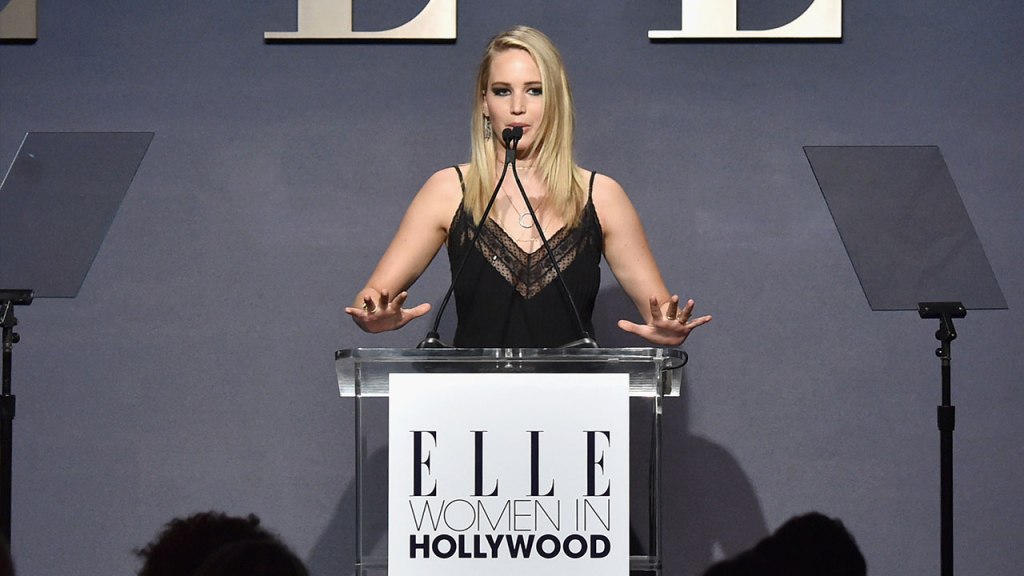 Women around the world are sharing their #MeToo stories

We all know the Harvey Weinstein story by now. It’s everywhere. The Hollywood heavyweight was exposed for his alleged revolting and manipulative actions against women;  a man who used his power and influence to control them. The kind of man you would never want your loved one to interact with on a crowded street, let alone be in a room with. The true definition of a brutish, insecure predator with zero respect for women.

When we look a little closer, this big-news, Hollywood story isn’t too far removed from our own lives. The truly frightening part is that most of us have known a Harvey Weinstein. Some of us have been unfortunate enough to have him as a parent, a partner, a teacher or a brother. They have been colleagues, family friends, neighbours and complete strangers. While their link to us is varied and wide, the common thread is that their words, their touch and their actions have negatively affected our lives in so many ways.

For so long, many women – and to a lesser, but no less important extent, men – have remained silent. And they have suffered. Speaking up is often a very scary prospect and the recent Weinstein saga is proof of that…but all it takes is one person to come forward to start the most empowering chain reaction. And it’s fucking awesome. 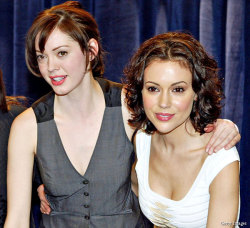 The hashtag #MeToo was started by actress Alyssa Milano, who says she was inspired by a friend to start the social media movement. Alyssa, who co-starred in the series Charmed with Weinstein accuser, Rose McGowan, wrote: “If all the women who have been sexually harassed or assaulted wrote ‘Me too’ as a status, we might give people a sense of the magnitude of the problem.” And boy, is there  a problem. In just 11 hours, Alyssa’s post has received almost 30,000 comments and #MeToo is Twitter’s top trending topic. At the time of writing, the hashtag has amassed 318,430 posts from men and women on Instagram. Here are some of them… 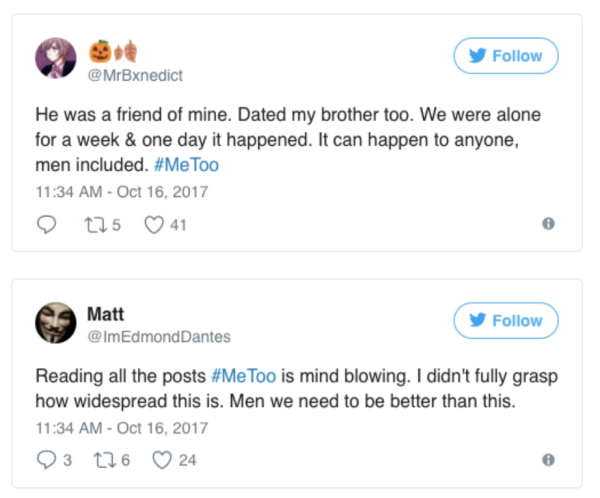 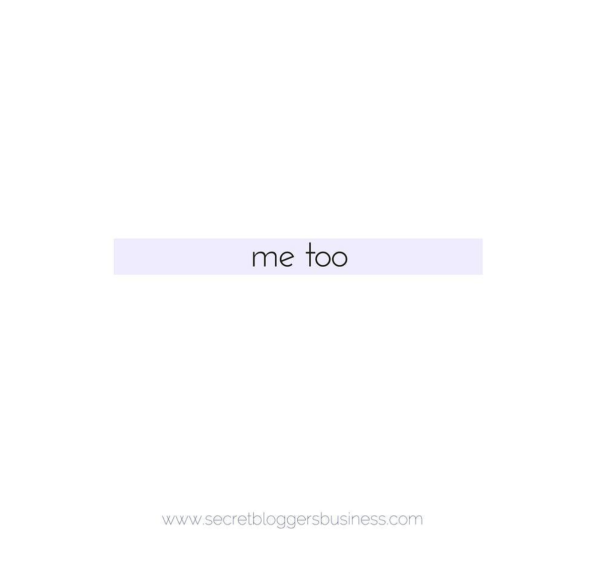 Image: Instagram @secretbloggersbusiness
Groped and asked to take my shirt off by a high-school teacher. “Tickled” constantly by a male boss when I was 19.  Told if I want men to respect me in meetings I can’t smile or laugh.  Jerked off at on public transport in the middle of the day (so many times). Had a 60+ year old man try to put his penis up the back of my shorts at a concert when I was 15.  And these are only the ones that immediately spring to mind.  Used to feel too embarrassed to admit this shit, so I can totally understand why people wouldn’t come forward, but it’s not my/our fault, I/we didn’t do anything wrong.  And even though I/we are not necessarily damaged by these things, that still doesn’t make them ok.
#metoo 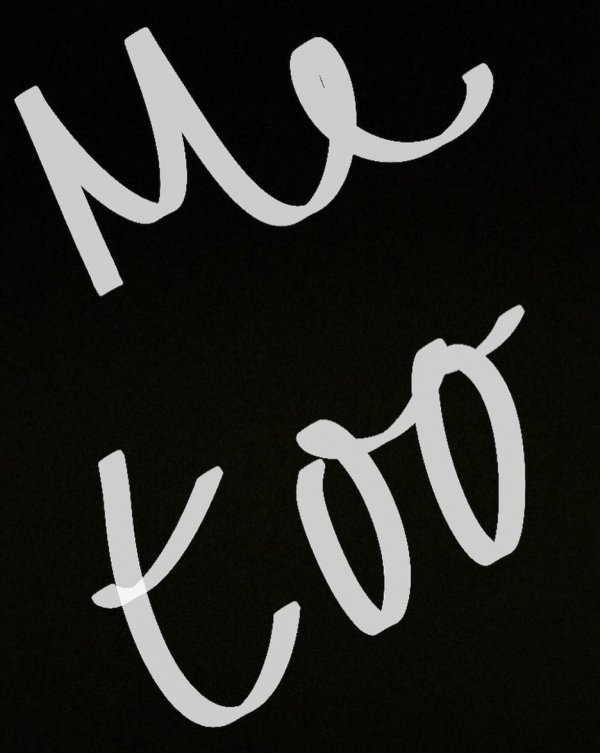 Image: Instagram @eeeeenah
• 11 yrs old: man touches me inappropriately on the bus. I leave in tears, too ashamed to tell anyone. • 17 yrs old: man tries to take advantage while I’m incapacitated. • 23 yrs old: coworker pretends to give me a hug – gropes me and won’t let go. • 25 yrs old: colleague corners me to tell me he had a sexual dream about me. • Last week: man continuously gropes my ass on the bus until I have to get out to get away from him.  #metoo #speakup 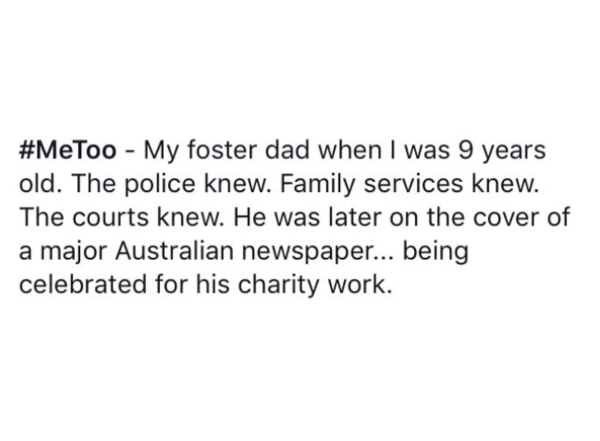 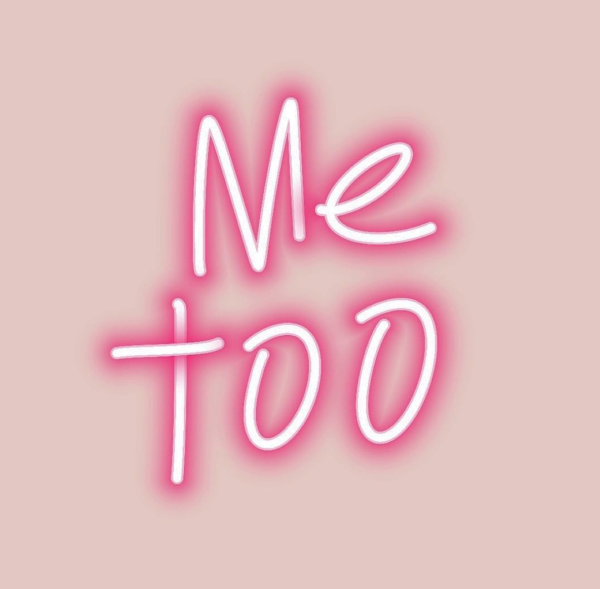 Image: @amandadecadenet
If all the women who have been sexually assaulted or harassed comment ‘Me, too’ we might give people a sense of the magnitude of the problem. #MeToo

Speaking to New York Daily News, Alyssa said, “When we hear cases of sexual abuse, harassment and assault play out in a public way, it gives us all extreme heartache but also, strength and fortitude.” And my God, she’s right. Women and men, many who have remained silent for years, are coming forward and sharing their pain with each other and in turn, finding support and strength in one another. And it’s spine tingling to say the least.

#MeToo is important for so many reasons but at the heart of it, the message is pure and simple: this shit will not be tolerated. I want both of my children to know deep down in their bones that it is NEVER OK. Ever. Sexual harassment and sexual assault is unacceptable on every level and if it takes a hashtag and two little words to give just one woman, boy, girl or man the strength to come forward, share their story, name their attacker, or even just lighten the load they’ve been carrying, then social media, the vehicle that drives this uber important uprising, has done its job.

Writer Tara Moss shares her experience with sexual assault in the podcast below. Head here to subscribe.