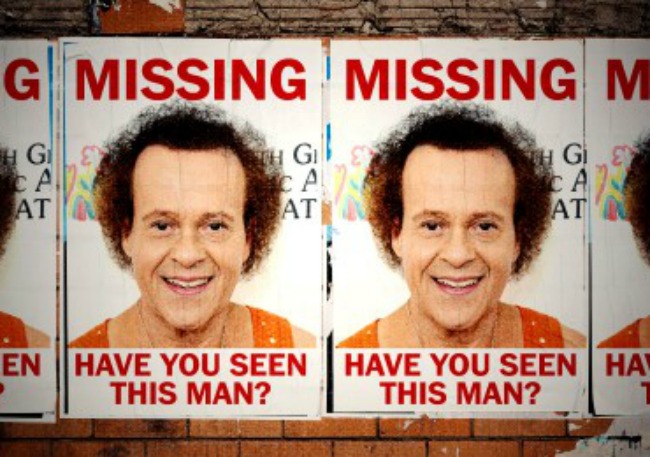 Why is everyone listening to Missing Richard Simmons?

Finding a great podcast that has you checking your pod feed obsessively for the next episode to drop is one of life’s great joys. We are mad for a good pod here at Show+Tell (we have a fab one that you can check out here) and our most recent obsession is one we reckon you’ll love.

Remember Richard Simmons? The wiry-haired, ultra-enthusiastic workout guru with a penchant for bright, sparkly spandex and super short shorts? One look and you’ll remember him….

The flamboyant Richard Simmons we all remember

Well, Richard has been ‘missing’ for over three years. The man who devoted his life to helping the overweight and obese change their lives through diet and exercise long before The Biggest Loser was even a concept; the one who regularly taught classes at his fitness studio, Slimmons, and went out of his way to  personally meet and help the thousands who adored him just….vanished. Without a trace. No goodbyes, no media releases, not even a whisper of a word. One day, he was there and the next – gone.

The Missing Richard Simmons podcast delves deep into Richard’s disappearance. Filmmaker and friend of Richard’s, Dan Taberski, is on a mission to find out what happened to the world’s favourite workout guru. And we can’t stop listening. Even if you’re not interested in Richard Simmons, this is fascinating stuff. How does a man who lived such a public existence, who passionately declared before congress that he would devote his life to helping others conquer obesity “til the day I die” just disappear off the radar? 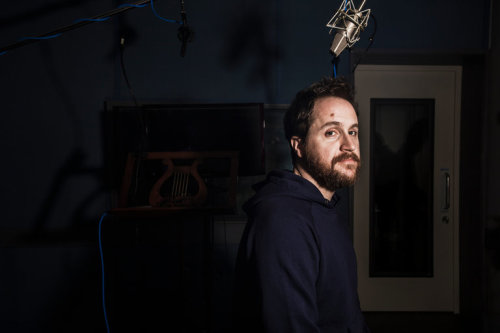 Dan Taberski, the man behind the Missing Richard Simmons podcast

Dan dives into all the theories (and rumours); that Richard is suffering from depression after the loss of his beloved dogs, that he is recovering from knee surgery, that he is transitioning into a woman, or that he is being held captive by his housekeeper, Teresa; a claim Richard himself has denied via phone interviews. Or…has Richard just had enough of being everything to everyone? Is this a man who has hit mental exhaustion from so much giving and giving and giving to others that somewhere along the way, he lost himself and in turn, his passion? No one knows the answer to that except for Richard himself, but what we know for sure is that everyone who knew and loved Richard is very concerned about him.

There’s something a bit off about the whole thing; hardly anyone is talking and Richard’s life has gone from one of total public consumption to one shrouded in the most guarded of secrecy. What we do know is that Richard is alive and well, but laying very, VERY low. There’s an uncomfortable feeling about it all, not least the idea that IF Richard Simmons has made the decision to retreat to a life of privacy and seclusion, that this podcast is forcing him back into the spotlight he seems to so desperately be trying to avoid.

While Richard Simmons is not public property and owes nothing to anyone, the hope is that there will be some answers at the end of this series. We hope he is loving his life and lying on a hammock somewhere with a Mai Tai in his hand and laughing at all the fuss. But we’ll have to keep listening to find out…and we reckon you should too.

What is your all-time favourite podcast?