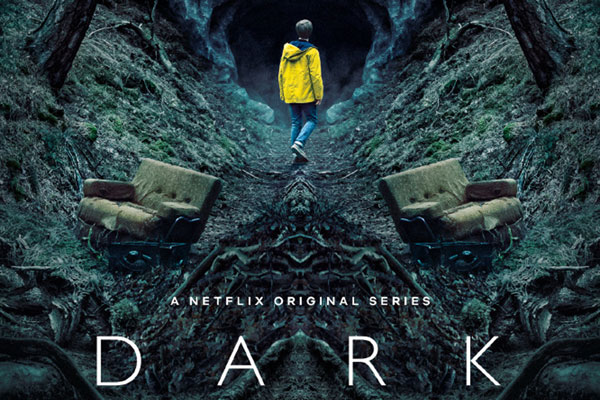 If you loved Stranger Things, DARK will blow your mind

Netflix is the gift that keeps on giving. Seriously, how the hell did we ever survive without it? There is NEVER nothing to watch and by the time your fave series has finished, there’s a fresh new one on the horizon waiting to reel you in and keep you staying up way past your bedtime on a school night.

Like so many of us, I bloody loved Stranger Things and powerhoused my way through season two, leaving me a little depressed that I’ll probably have to wait at least a year to find out what the hell becomes of Eleven, Hop and the rest of the gang from the Upside Down. But ever-reliable Netflix has come through with the goods once again and has dangled an upcoming trailer in front of my eyes that has me reeled in already. Hook, line and sinker.

If you loved Stranger Things, Dark is the next series to put on your must-watch list. Set in the fictional town of Winden in Germany (which literally means ‘twists’ in German), it explores the disappearance of a couple of young kids. There is some VERY weird shit going down in this town, which centres around a nuclear plant. There are heaps of parallels that run between this series and Stranger Things; it’s set in the 80’s, it has a cast of young teens, and the supernatural/sci-fi element, all of which have critics likening it as a mix of  Stranger Things, The OA and Twin Peaks. There’s a real focus on time in this one, with the show’s catch line, “It’s not WHO has kidnapped the children…but WHEN.”

It debuts on December 1 (that’s Friday – mark your calendars) and it looks eerie AF. Check it out…

Robyn Butler is the woman behind so many awesome Aussie series and she shared so much awesome stuff when we spoke to her On the Couch. Have a listen below and subscribe to our podcast here.