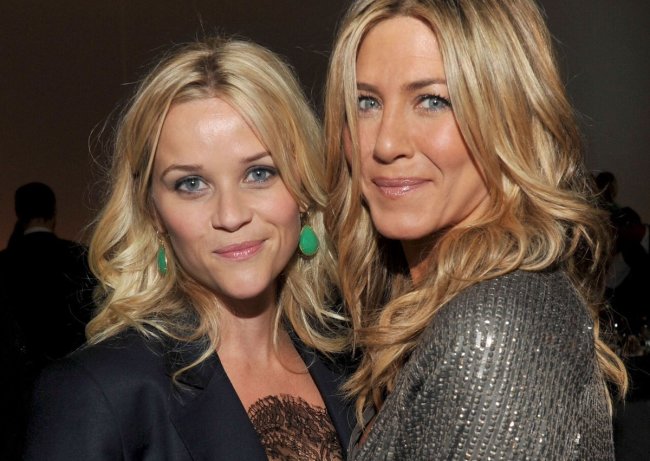 Jen Aniston and Reese Witherspoon have a new series!

Reese Witherspoon is a massive advocate for bringing more female-based roles and series into the world and the one she is currently working on looks like a bloody cracker!  Reese is teaming up with pal and fellow awesome lady Jennifer Aniston in a new series that, according to The Hollywood Reporter, will tackle the full-on world of morning TV. 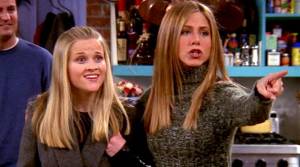 The last time we saw these two together on TV was as sisters on Friends.

The series has already been approved for two seasons and according to THR, will give “an inside look at the lives of the people who help America wake up in the morning, exploring the unique challenges faced by the women (and men) who carry out this daily televised ritual.” Apple have already signed on for a straight-to-series order of 20 eps and the show is reportedly inspired by the 2013 book, Top of the Morning: Inside the Cutthroat World of Morning TV by Brian Stelter, which details the rivalry between top US morning shows Good Morning America and the Today Show.

Reese and Jen are set to be joint Executive Producers on the show as well. Reese is clearly excited, posting a pic of herself and Jennifer (who played sisters on Friends) with the caption, “So excited to be back and reunited with this one-of-a-kind lady! Can’t wait for y’all to see what we have in store. #FunThingsToCome.”

We CAN’T WAIT for this one. We are so excited to see Jen’s return to TV for the first time since Friends ended (a DECADE ago), two incredible women kicking all the goals, and a look at the juicy, behind-the-scenes world of morning TV. Watch this space!

Sylvia Jeffreys is one lady who knows all about the world of morning TV. She joined us On the Couch a while back and now, you can listen to the chat in pod form below. Don’t forget to subscribe here.