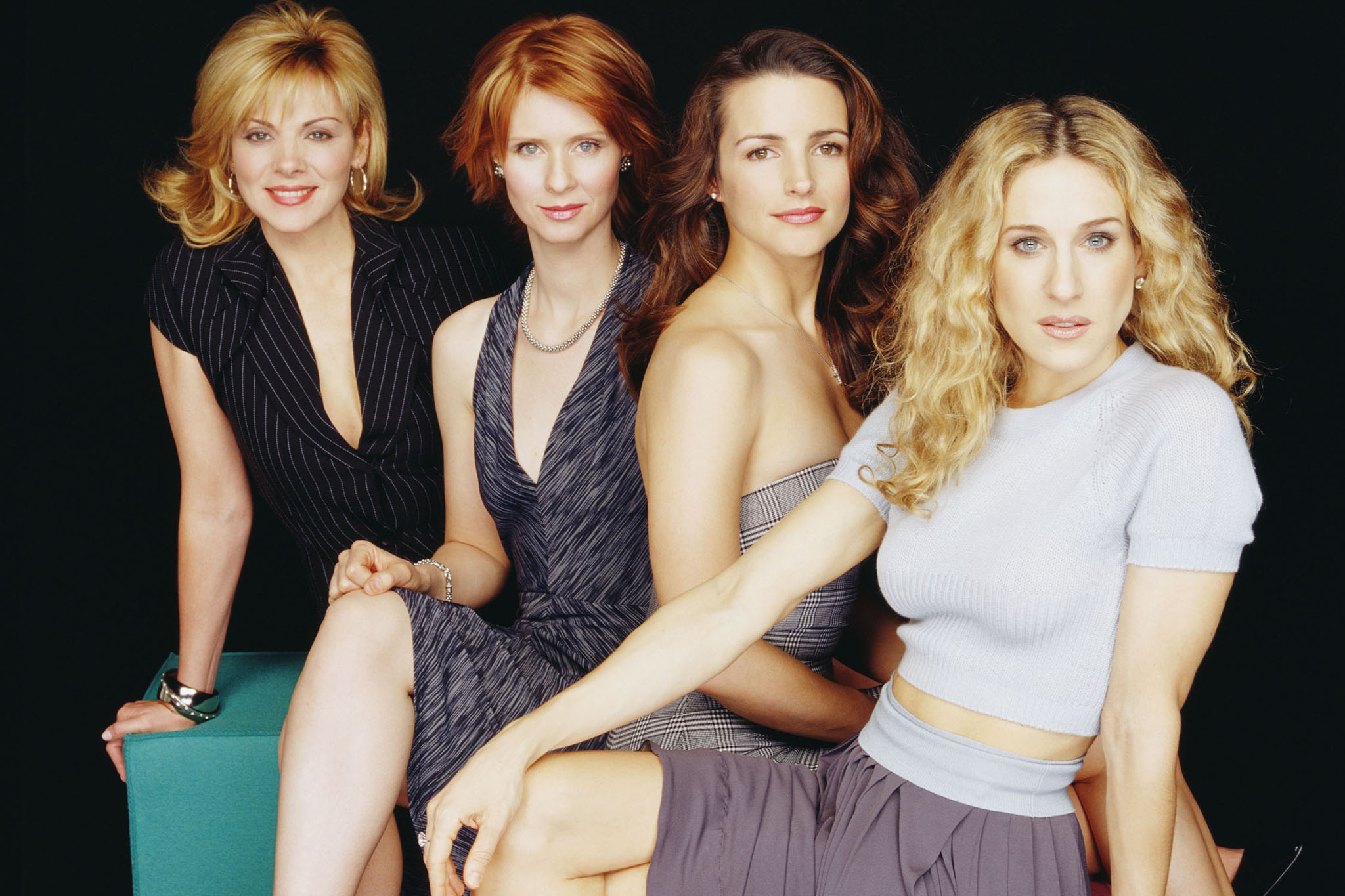 20 YEARS since Sex and the City hit our screens

In case you missed the Post-It, this week marks the 20th anniversary of Sex and the City‘s premiere on HBO. Firstly: we old. Secondly, cheers to one of pop culture’s most influential shows. If you’ve been online this week, you’ve seen the million or so pieces written about SATC, analysing everything from the homophobic and racist undertones of the dialogue to the significance of Carrie’s tutu in the opening credits.

Ask anyone with a television, a vulva and a sense of humour: we loved this show hardcore. It ran from 1998 until 2004, plus two shit movies (2008 and 2010). It featured four 30-plus single women looking for love and fulfilment in New York City. These women redefined singledom and put friendship first. They embraced their sexuality, spent rent money on bags and $25 vodkas and threw side-eye at Barbie-like women who never spilled, swore or swallowed. 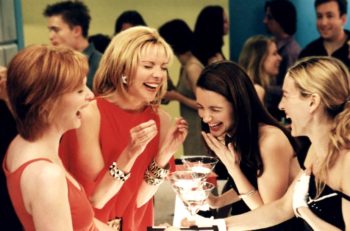 How much coin do you reckon they dropped on those Cosmos?

The characters could broadly be reduced to The Slut, The Prude, The Career Woman and The Heroine, but they were so much more than that. All of them rejected a certain aspect of modern femininity, and gave us tangible, rough-edged characters to emulate and identify with. By aligning yourself as a Carrie you were classifying yourself not only as a switched-on, sexually confident, independent shoe-loving modern woman but also a bitchy, hungover, financially fallible, not-so-perfect hot mess. It felt fresh and exciting and like they really got us.

But here’s the thing about love: We grew up and got over it.

Blame it on the Global Financial Crisis and the price of avocados. Re-watching SATC years later as smart, adulting women gave us a new perspective. All that glitter was suddenly tacky and way OTT for brunch. It dawned on us that Carrie is a flat-out bitch to her friends and the portrayals of sexuality are frighteningly dull and heteronormative. We went from ‘I am SO a Carrie’ to ‘What the fuck is Carrie’s problem?’ in the space of a decade. The girls all seemed terribly self-obsessed and ignorant (‘I’ve heard after one year without sex you can be revirginised!’ – Charlotte, living moron on that one occasion.) Calling each other ‘ladies’ all the time, claiming to be a ‘trysexual’, lusting after $20K totes and pretending that going out was actually a fun and enjoyable activity… it all seemed a bit old fashioned, somehow.

It was also safe. 20 years ago, these four carefree, independent women seemed afraid only of a broken Manolo heel or a man not calling after sex. Their boundary-pushing fashion, dating lives and sexuality seems absurdly innocent and naive, not to mention their complete disengagement with social and political issues. So we dropped them. We started watching other complicated examples of female friendship via Girls, Gossip Girl and Broad City. If we still watched SATC, it got relegated to guilty pleasure TV, a bit of an anti-feminist embarrassment.

Then #MeToo happened. Hilary Clinton, Time’s Up, Beyonce and the Kardashians happened. We re-appraised the show and realised: Miranda is the feminist hero we need in 2018.

During SATC’s golden years, being a Miranda was not desirable. She was deeply cynical, a workaholic and wore some questionable athleisurewear. But now, post #MeToo and Nasty Woman, this character is a beacon of reason and sanity. Not to mention fashion – Balenciaga have recently sent giant puffer jackets and overalls down the runway, in a clear nod to our favourite lawyer’s off duty look. 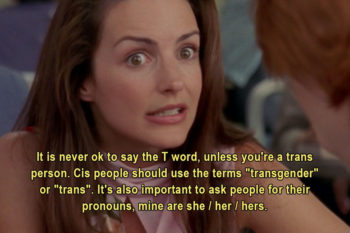 The Instagram account @everyoutfitonSATC is a searing, acerbic take on the show’s ridiculous but incredibly skilled fashion opus. The site’s catchcry of ‘We Should All Be Mirandas’ started quite a social media revolution last year, setting off a new wave of appreciation of SATC and pledging sales of the iconic We Should All Be Mirandas t-shirts to her gubernatorial campaign.

Even the show’s most traditional, princess-y character has been given a rebirth. The meme #WokeCharlotte reimagines dialogue exchanges, with Charlotte educating her squad on white privilege and the importance of educating oneself on LGBTQIA issues.

SATC is relevant now because it shows how far we’ve come. Yes, it’s just a TV show. But like the characters themselves who can be reduced to stereotypes, it’s so much more than that. It represents a time that’s firmly behind us.

In it’s heyday, we saw Samantha reject any kid of expected gender role or deferment to a man. While she truly revelled in her choices, we also saw her severely punished for her lifestyle. She had STD panic and was given cancer, of the breast, no less. Her sexual life-force and identity were threatened. The equally progressive Miranda was given an unwanted pregnancy and family responsibilities she didn’t plan for or necessarily want. Both these women were changed by their experiences, becoming more vulnerable. While it may not have been the writer’s intention, these narratives can be read as a message and a warning. We could strut around in stilettos all we wanted, but make no mistake: this was a time when hard women still had to be softened. A time when difficult women had to change, adapt and accept that their power had finite limits.

In Emily Nussbaum’s brilliant essay, The Difficult Women of Sex & The City, she presents Carrie Bradshaw as the first female anti-hero, a second-wave feminist libertine who eventually lets us down by being too afraid of the freedoms she’s supposedly fought for. In the end, Carrie succumbs to fear under the guise of ‘loving yourself first,’ by Manolo-marching to the finish line into the arms of a disappointing man in a fuel-guzzling limo. Looking back, we don’t need to wonder. The story would have been a lot more interesting if Carrie had taken off the fucking tutu and kept walking.

20 long years ago, we raised our wine glasses in solidarity, feeling empowered by these revolutionary on-screen representations of sisterhood. We didn’t realise how bad things really were or what was to come. We didn’t know that our fight hadn’t even begun. Fuck fabulous; we were about to get angry.

The sexual hijinks of Carrie, Charlotte, Miranda and Samantha are wallpapered across the bittersweet cave of our brains marked ‘nostalgia’ and it appears our love affair is back on, albeit older, wiser and steadier in our footwear. By embracing SATC once more, we can look back and laugh, because we’re not going that way.

If you loved this piece, you will bloody adore Pia and her mate Caitlan’s podcast, Bitch Please. If you like your news and entertainment served up by smart women with a wicked sense of humour, then this is the pod for you. Check it out here and show them some love by subscribing.