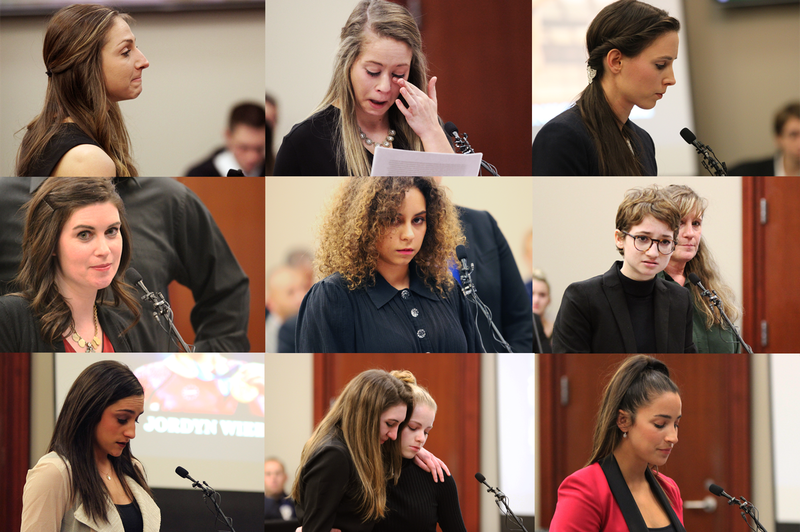 The trailer for HBO’s latest doco is haunting

As mad podcast listeners, Monty and I are always sending each other recommendations for pods we think are great. A couple of months ago, she told me about a podcast called Believed, which broke down the sexual assault  that occurred within the USA gymnastics team at the hands of their head doctor, Larry Nassar. It certainly wasn’t feel-good listening, but it was incredible nonetheless and gave a really in-depth look at the case that saw 332 young girls and women sexually violated by the man who was responsible for their medical wellbeing, their recovery and essentially, their dreams of reaching the heights of their beloved sport.

Under the guise of friend, confidant and protector, he was able to pull the wool over everyone’s eyes including parents, law enforcement and often, the victims themselves.

Now HBO are releasing a documentary called At The Heart Of Gold: Inside the USA Gymnastics Scandal. It allows a look inside the world of competitive gymnastics and shows exactly how Larry Nassar expertly and insidiously weaseled his way into the hearts of his victims and their families only to betray their trust in the worst way possible. It begs the question, how on Earth was he was able to get away with it – for decades?

It shows how the system let them down and most importantly, it allows these brave women to tell their stories and share the impact the abuse has had on their lives.

At The Heart Of Gold airs on May 3rd on HBO. You can listen to the Believed podcast here.

We spoke about the sexual assault claims against Michael Jackson in the Leaving Neverland documentary a few weeks back on our Show+Telling pod. You can listen to that chat below and subscribe here for loads more.