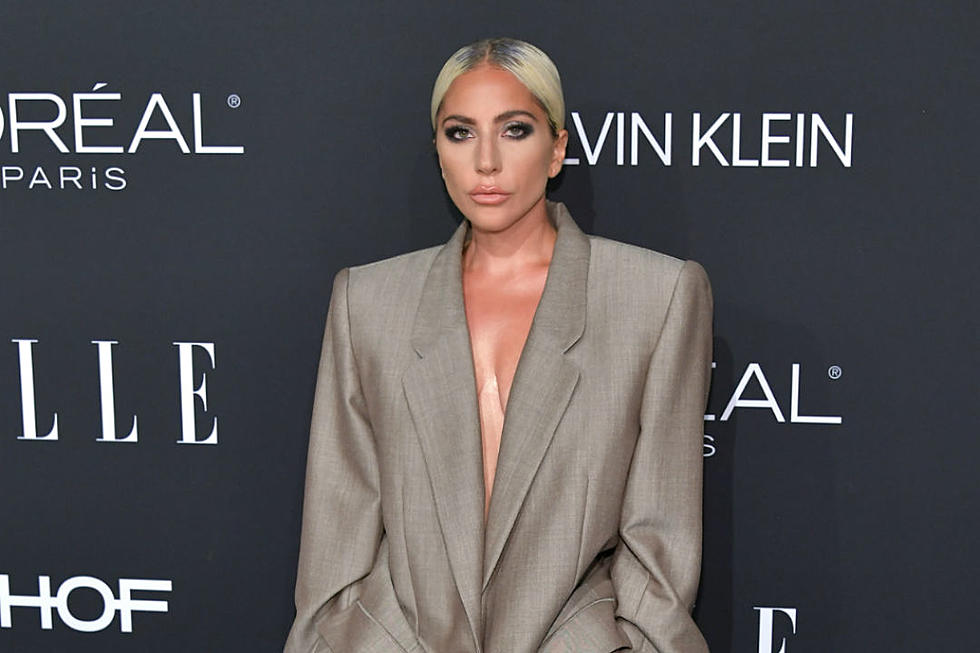 The reason behind Gaga’s bangin’ pantsuit is beautiful

Lady Gaga has been around for what feels like yonks. We know her for her catchy pop tunes, her quirky outfits and most recently, her turn as a legit actress thanks to her first big screen gig in A Star Is Born, where she displayed some very impressive acting chops. People are literally going gaga over Gaga right now. Even though she has all the talent and can rock a meat dress like no other, the reason Lady Gaga is the name on everyone’s lips runs way deeper than her entertainment value.

It turns out that Lady Gaga has some things to say to the world and her timing couldn’t be better because right now, everyone is listening. She has seized what is probably the biggest moment of her career to talk about the stuff that so many people with her level of fame steer away from – mental health, sexual assault and not only women’s rights, but human ones.

Gaga was recently honoured at the Elle Women in Hollywood event and after a glowing introduction from none other than JLo, she took to the stage in a bangin’ Marc Jacobs pantsuit to have her say. The things she said, the vulnerability she showed and her genuine devotion to making the world a better place, particularly for those who feel they don’t have a voice, has made her legacy so much more than that of an exceptional singer or fabulous actress. She is using her very public platform to talk to boys and girls and men and women around the world about the injustice, insecurity and the daily struggles that we’re ALL working through – and THAT is what makes her a superstar.

For 25 minutes, Lady Gaga held the audience captive with her speech which covered so many topics – from her decision to “wear the pants”on the night and in life, her mental health struggles, her physical pain (she suffers from Fibromyalgia), her sexual assault and her quest for “kindness”, it was a beautiful moment showing the kind of strength that can only come from vulnerability.

If you can’t watch the vid, here are some of the best bits of Lady Gaga’s speech:

On being a woman in Hollywood:

“I asked myself: What does it really mean to be a woman in Hollywood? We are not just objects to entertain the world.

“We are not members of a giant beauty pageant meant to be pit against one another for the pleasure of the public. We women in Hollywood, we are voices. We have deep thoughts and ideas and beliefs and values about the world and we have the power to speak and be heard and fight back when we are silenced.”

On her sexual assualt:

“As a sexual assault survivor by someone in the entertainment industry, as a woman who is still not brave enough to say his name, as a woman who lives with chronic pain, as a woman who was conditioned at a very young age to listen to what men told me to do, I decided today I wanted to take the power back. Today I wear the pants.”

“After I was assaulted when I was 19 I changed forever. Part of me shut down for many years. I didn’t tell anyone. I avoided it myself. And felt shame even still today standing in front of you. I feel shame for what happened to me. I still have days where I feel like it was my fault. After I shared what happened to me with very powerful men in this industry, nobody helped me. No one offered my guidance or a helping hand to lead me to a place where I felt justice, they didn’t even point me in the direction of the mental health assistance I was in dire need of. Those men hid because they were afraid of losing their power. And because they hid, I began to hide.”

On healing after trauma:

“Depression, anxiety, eating disorders, trauma—these are just a few examples of the forces that can lead to this tornado of pain. So what I would like to say in this room of powerful women and men today is let’s work together to beckon the world towards kindness. I’m fortunate enough now to have the resources to help me. But for many, the resources either don’t exist or people don’t have the ability to pay for or access them. I want to see mental health become a global priority. We’re not able to control all of the challenges and tragedies that life throws our way. But we can work together. This room can work together to heal each other. And we can also try to find the strength in the best way that we can to ask for help if we need it.”

On her hopes for the future:

“It is my personal dream that there would be a mental health expert teacher or therapist in every school in this nation and hopefully one day around the world. Let’s lift our voices. I know we are, but let’s get louder. And not just as women. But as humans. And see that there are great men in the world. And ask them to hold our hands. For justice. That our voices be heard. Whatever our story may be. For an equal standing. We will fight for justice for women and men and those with other sexual identities. For me, this is what it means to be a woman in Hollywood. It means, I have a platform. I have a chance to make a change. I pray we listen and believe and pay closer attention to those around us to those in need….Be a helping hand. Be a force for change.”

Sarah Harris and Sophie Cachia both spoke to us about their struggles with anxiety in the podcasts below. Have a listen in, then hop on over here to subscribe to our podcast.
Explore: Celebrity, Entertainment
Share
Show Comments
Oi! We like you... wanna like us?
Loading...
pokies
Latest Popular