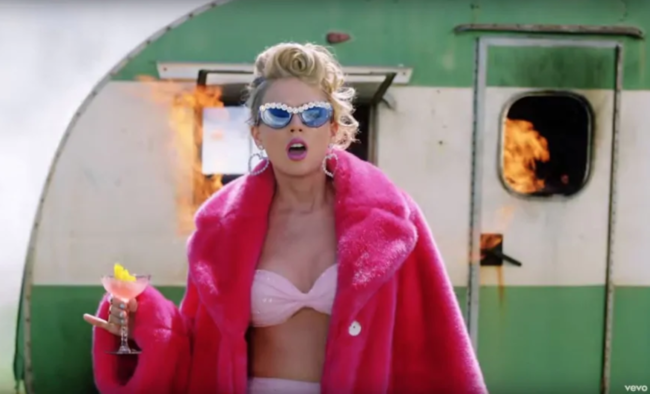 Can you see the problem with Tay’s new film clip?

Taylor Swift is back with a catchy AF tune to follow up ME! called You Need To Calm Down… and if the reaction to the newly released, celeb-filled vid is anything to go by, the world is really, really divided over it.

If you haven’t seen it yet, check it out…

I bloody loved it.

I’m also very aware that my viewpoint comes from a very privileged position. Being a middle-aged, white, heterosexual woman means I’ve never endured any judgement or hateful treatment over who I choose to marry, or love, or want to have sex with, or am attracted to. I grew up feeling totally comfortable in my own gender. I am plain old vanilla, and I totally get that for a long time – and let’s be honest, even today still – vanilla was the only acceptable flavour.

Taylor Swift’s film clip felt like watching all the other fabulous and colourful flavours that make this world a gorgeous place just, you know, having fun together.

I’ve read loads of reviews of Taylor’s clip today and many are not positive to say the least.  The general consensus of the underwhelmed is that Taylor is capitalising on Pride month in the US. Cashing in on the rainbow, if you will. She’s been accused of putting her own feuds with everyone from the media to Katy Perry in the same basket as the discriminatory and often violent treatment endured by those in the LGBTQI+ community for… ever.

The thing is, when you’ve never experienced any of that discrimination I think it can be really hard to show solidarity and get it bang-on – and when your platform is as big as Taylor’s, it’s risky business. I am SO guilty of this myself. When the postal survey that asked Australians to vote ‘Yes’ or ‘No’ to same sex marriage being legalised in this country, I posted this on my Instagram…

Even thought I felt repulsed by the fact that the decision to allow two people in love to legally marry was put into the hands of the Australian public, I wanted to show which side I was on. I wanted to show my support. My intention was good… but for so many same-sex couples, it easily could have been seen as a token from some entitled chick who had the privilege of marrying any dude off the street she pleased.

And I really want to believe that Taylor Swift, on a MUCH grander scale, is coming from the same place.

In a time where we’ve got sporting personalities like Israel Folau preaching messages like “hell awaits homosexuals” into the eyes and ears of the world, including impressionable kids and teens, I like to think that on the opposite end of the spectrum is Taylor Swift. And I hope the bubblegum bright message of love and acceptance washes away the hurtful stains of people like Folau’s ugly word vomit.

I hope that at the very least, no matter how imperfect the delivery, those young kids see their ice cream flavour represented in that film clip. And I hope they’re bloody proud to share it with the world… as they should be.

The very excellent Shannon Kelly White from Shannon’s Kitchen joined us on the pod for a bit of a chinwag a few days ago. You can listen to that chat below and subscribe to our pod here. 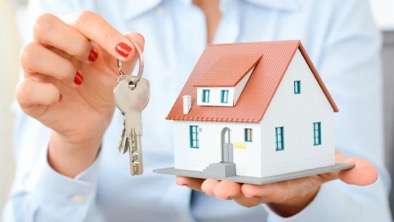 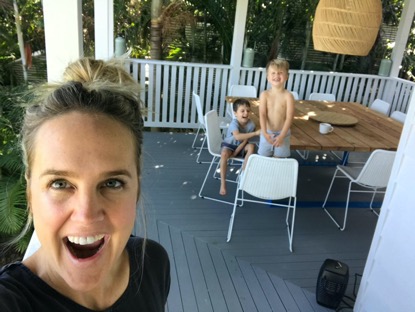 This is the ONLY way to holiday with kids