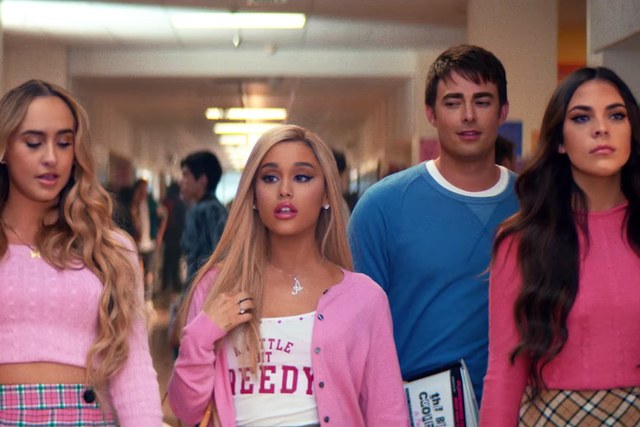 Ariana Grande’s ‘Thank U, Next’ clip is a nod to the best movies of the 00’s

Who says break-ups aren’t GREAT, hey? Ariana Grande’s latest single, Thank U, Next, is a celebration of the one-of-a-kind wisdom a broken heart can impart on us and there is zero doubt that its resonating with people around the world. Just 11 days after its release, the tune smashed records by reaching 100 million streams on Spotify.

Now, we’ve got a film clip to go with the single and it’s a cracking nod to early noughties hit movies Mean Girls, Step It Up, 13 Going On 30 and Legally Blonde. Even better than Ariana’s mini remake of some of the most iconic scenes in those movies are the cameos. Aussie Troye Sivan features, as well as ‘Stifler’s Mom’ Jennifer Coolidge reprising her role as Paulette in Legally Blonde (complete with the ‘bend and snap’) and of course, the mother of them all – Kris Jenner, who plays Ariana’s over-enthusiastic ‘cool mum’. Jonathon Bennett and Stefanie Drummond from Mean Girls also feature.

It’s had close to 40 MILLION views on YouTube at the time of writing (also breaking another record to reach over one million views on the platform in under 34 minutes), so people are clearly digging it. Have a look…

Another woman who told us way back that break-ups were life changing for the best reasons was Zoe Foster Blake. Have a listen to our podcast chat with her below, then come subscribe to our channel here.