The new crime doco everyone is obsessing over

I am obsessed with a true crime story, I can’t get enough of them. And this one is going to be the cream of the crop.

Whether you believe Amanda Knox is innocent or guilty, you’re going to be OBSESSED with Netflix’s new documentary on her life and and murder trial.

The crime documentary – which Netflix do so well, just think The Jinx and Making a Murderer – highlights the massive worldwide attention Amanda and the case received. To jog your memory, back in 2007 Amanda was a college student accused of murdering her room-mate, Merideth Kercher,  while the pair were studying abroad in Italy. 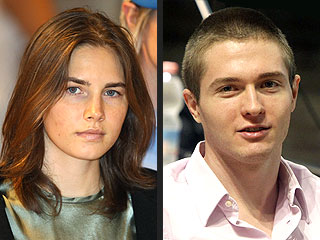 Amanda and her boyfriend at the time, Raffaele Sollecito.

Amanda and her boyfriend at the time, Raffalle Sollecito, were both initially found guilty of murdering Merideth but were later acquitted in 2011. Then two years later, in 2013, the acquittal was overturned and Amanda was sentenced to jail for 28 years.

Amanda has always maintained her innocence and many believe she has been wronged by the justice system, but on the other hand, just as many people think she is an absolute monster. I haven’t yet made up my mind. But I have a feeling I will by the end of this nail-biting series.

Two trailers have been released this week and they are both equally chilling. The first one is titled ‘Believe Her’, take a look;

The second trailer is called ‘Suspect Her’;

The doco will be ready for your eyeballs to binge on from Sep 30. See you there.

Do you think Amanda Knox is innocent or guilty?