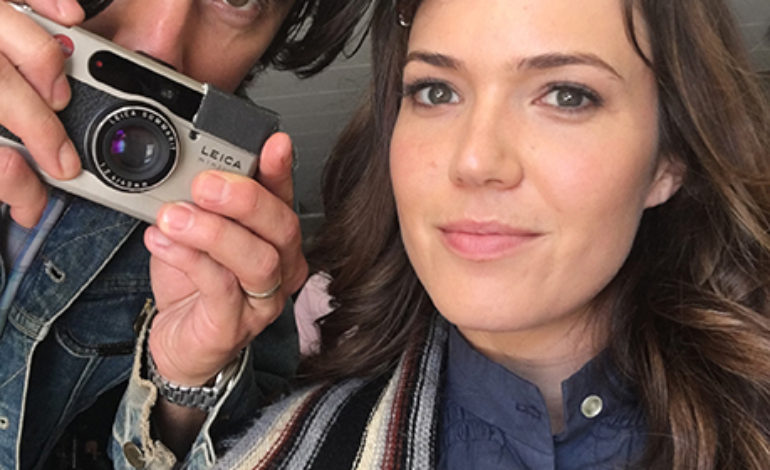 6 things you didn’t know about This is Us

If you’re not watching This is Us, where the hell have you been?! You’re missing the best drama my eyeballs have seen in years. And I’m not alone; all around the world, the series dominates its time-slot and leaves viewers reaching for their tissues as they delve into the lives of couple Jack and Rebecca and their 36 year-old triplets.

For those of you that are knee-deep in this series and chomping at the bit for the next epiosde each week, I have some interesting facts about your favourite show that you’re going to LOVE. 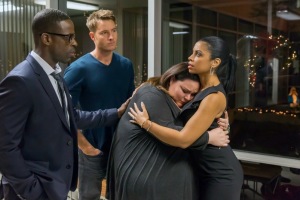 1. The Real Life Inspiration Behind Kate

Chrissy Metz is for sure the show’s breakout star, I mean, just watch one episode and there you have it. Chrissy plays Kate Pearson which is a role that is very close to the show’s writer, creator and genius, Dan Fogelman’s heart. “Kate is loosely based off of Dan’s sister and their relationship, where he was very successful as a writer and she was struggling with some issues,” tells Chrissy.

While the pair haven’t met in real life just yet, the two are gal pals on good old Facebook.

It takes Mandy Moore three and a half hours to play the ‘grandma’! Whoa. Mandy says it ain’t easy, but she wouldn’t have it any other way. “At first I was really excited and selfie-ing it up. Now, it’s like, ‘Here we go again!’ It takes about three and a half hours. It’s not an easy process. But I’m so grateful. Who gets to play a character from 27 to 66? I feel really lucky.” 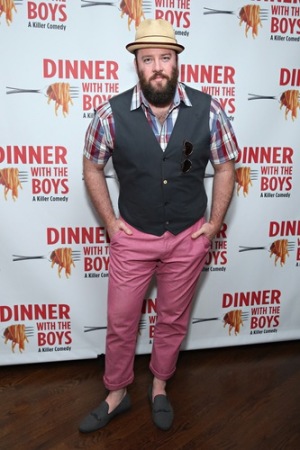 Chris Sullivan, who plays Toby, looks nothing like his character in real life! He dons a fat suit to play the loveable larakin that is Kate’s love interest.  The two met at a support group for people struggling to lose weight and most of their storyline follows their journey to lose weight.

When fans found out that Toby was wearing a fat suit, there was backlash because they thought the show should have found an overweight actor to play Toby to make it more legit, but Chrissy stepped in to defend him. “We tested a lot of gentlemen who were bigger, and I get it — people think the authenticity is kind of ruined by that,” she said on Watch What Happens Live. “But Chris has been heavier, so I think he understands the plight of being overweight. People wear prosthetics all the time — it’s just weight as opposed to, like, a nose or a chin. It’s just kind of the name of the game.”

4. The original title wasn’t This is Us!

Say what?!  “It was originally called 36, which is the age they’re all turning at the beginning,” tells Dan Fogelman, the series writer, creator and mastermind. ” I threw 36 on it, and then I never liked it. Nobody ever liked it. I came up with This Is Us, I think, when I was in editorial. I decided I liked how it looked at the beginning [of the show], and I put it in there. But, there was a lot of debate over what the title of the show was gonna be.”

5. There is a real-life couple on the This is Us set!

Chrissy Metz is dating cameraman Josh Stancil after meeting on set. The couple made their red carpet debut at Entertainment Weekly’s pre-SAG Awards party.”We’re in a very healthy relationship. It’s really mostly about energy — Do I get on with someone? Because looks are going to fade,” she says. “If I can’t get along with somebody and have a friend, then what’s the point?” You go girl!

6. Losing weight is part of the contract Chrissy (aka Kate) signed for the NBC show

Kate’s storyline is all about her battle with her weight, and it’s what makes the show so relateable but according to Chrissy, she did sign a contact stipulating she would lose weight for the role. “In our contract, it did state that that would be a part of it, to lose the weight in the trajectory of the character as she comes to find herself,” she says.

However, after fans jumped to her defense and critisised her NBC bosses, she was quick to change her tune a little. “It wasn’t mandated in the contract, and I probably — if I ever said the word contract, I didn’t mean it in that way,” she said. “I was pitched that the trajectory of Kate is that she’s going to lose weight. That is who and what’s going on.”

We’re sure there will be loads more secrets that reveal themselves about our fave new show as it continues to rule our lives, and like any good friend would do, we’ll be sure to share them with you.