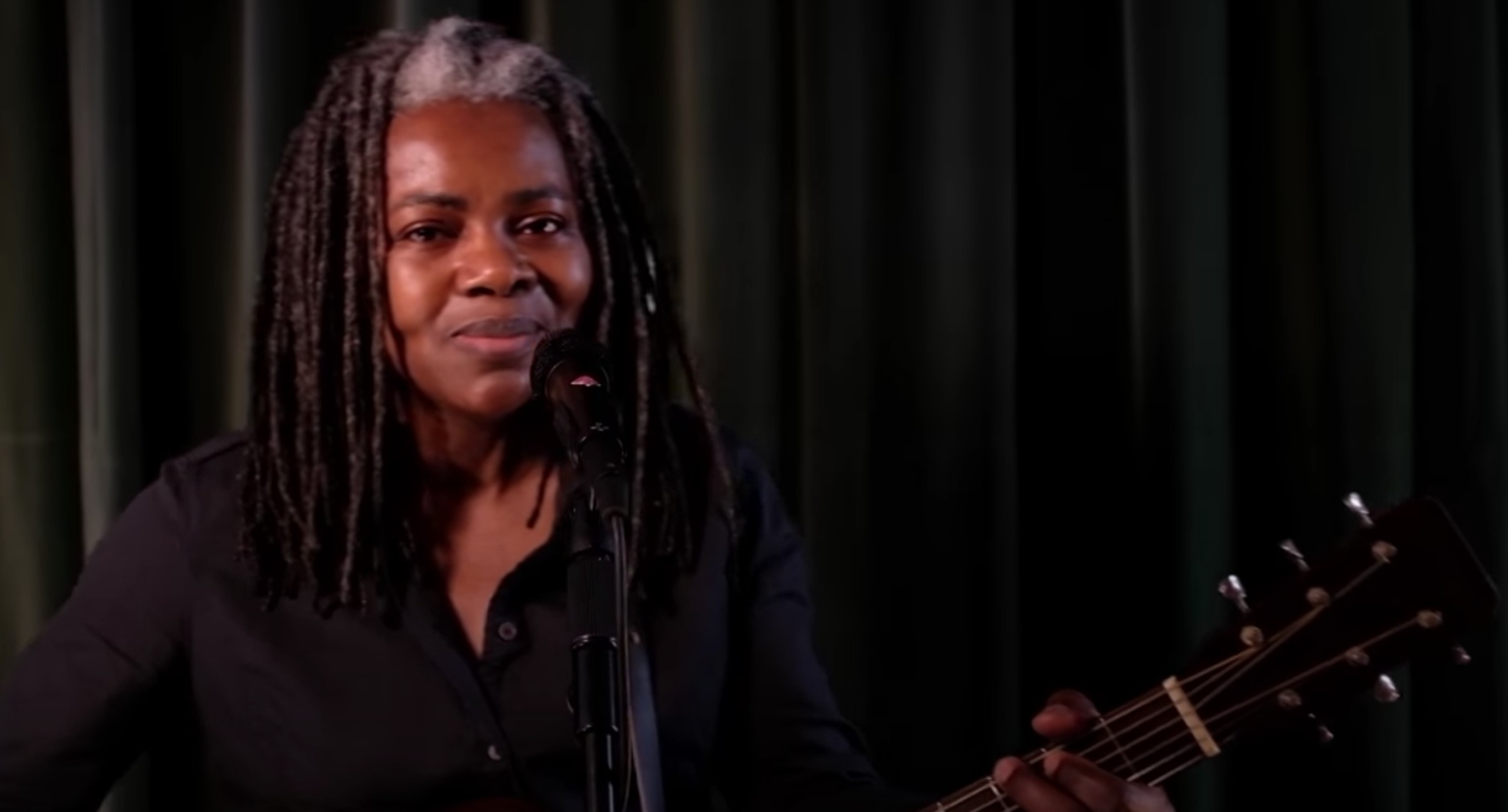 The Tracy Chapman live performance that has the world talking

If you lived through the 80s and 90s and don’t remember the music of Tracy Chapman… where the bloody hell were you? Every single song that she released was pure, folky, soulful magic with lyrics that were so powerful that they made you feel the song. I know that sounds majorly wanky, but that’s exactly what her music did for me.

Tracy hasn’t released an album since 2008, which is annoying, because she’s such a legend and we want MORE.

Lucky for us, Tracy made a surprise appearance on Late Night with Seth Meyers on the eve of the US Presidential Election yesterday, performing her huge hit Talkin’ ‘Bout A Revolution off her breakout 1988 self-titled album. The now 56-year-old said of her performance, “This is the most important election of our lifetime. It is imperative that everyone vote to restore our democracy.” The last line of the song was changed to ‘go vote’, with a ‘Vote’ sign behind her.

If you ever needed a reminder of what a moving, off-the-charts incredible voice and talent Tracy Chapman is, then let this be your reminder…

Wanna hear more female belters? You can get them in your ears below in our Blast from the Pre-Corona Past pod ep dedicated to some of our fave female-led songs. Subscribe to the podcast here and if you’re keen, check out how to support us on Patreon here.