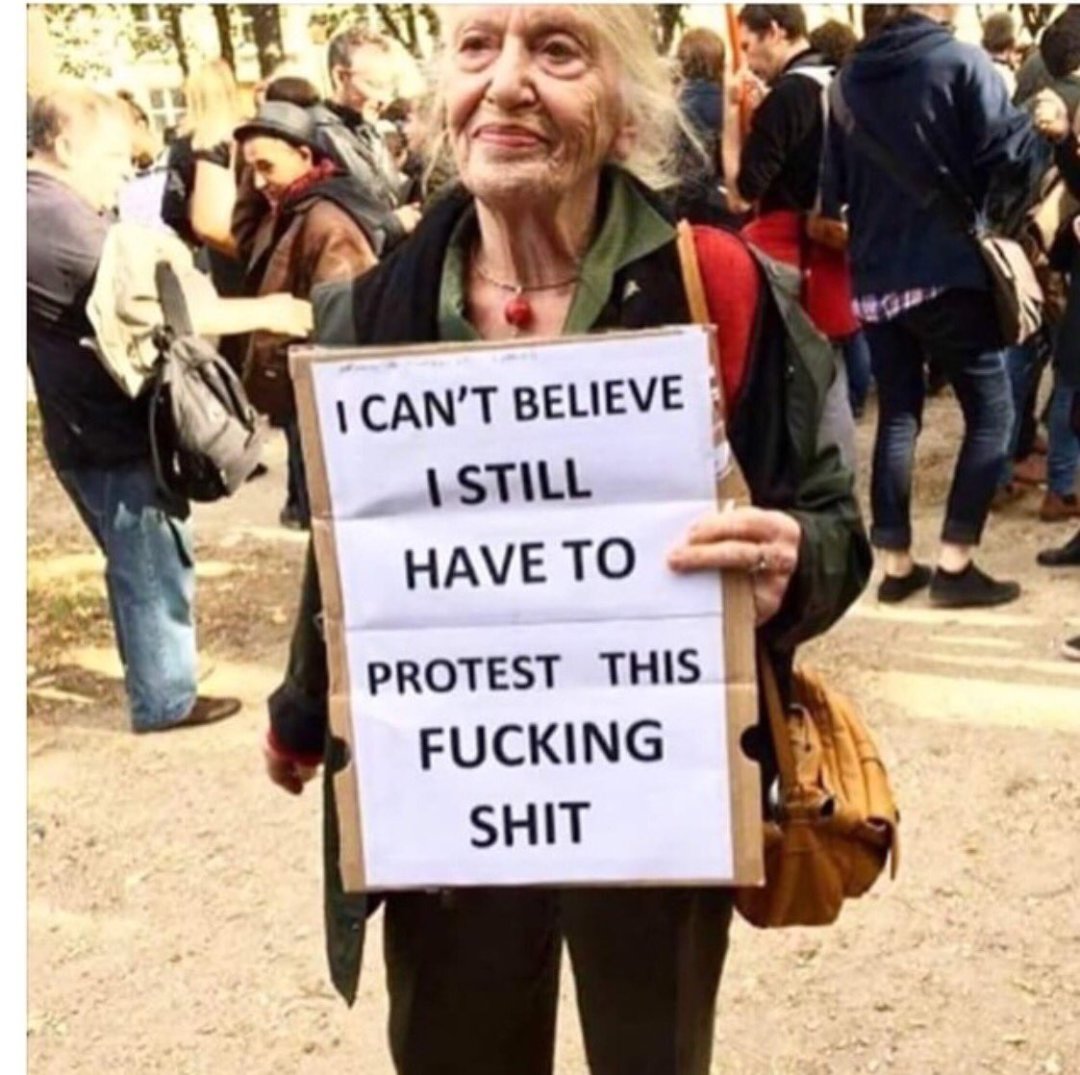 I was devastated when Donald Trump was elected President of the United States. Because how could a man who said it was okay to grab women by the pussy without permission hold the highest office in the world? Clearly I was not alone as millions of women marched across the globe this week in protest.

Many told me to wait and see, maybe President Trump wouldn’t implement the things he promised he would, like building a wall between the US and Mexico.  I think after his first week in office we can say he has every intention of carrying through with some of the unbelievable things he said during the election. From gutting environmental policy to restricting women’s reproductive rights, to banning refugees, here are some of the things Trump has changed in just his first week in office. I’m really scared at what the next four years may hold. I think we ALL should be.

One of the first things on Trump’s agenda as President was to sign an order preventing non-government international organisations that offer abortions from receiving US aid. That means family planning agencies that provide healthcare to some of the world’s most vulnerable woman, will no longer receive the funds to provide a wide range of services such as contraception and gynecological examinations if they also offer abortions.

Marie Stopes International, one of the biggest providers of sexual and reproductive healthcare worldwide, estimates that without alternative funding, the loss of its services alone will cause 6.5 million unintended pregnancies, 2.1 million unsafe abortions, and 21,700 maternal deaths in next four years alone. 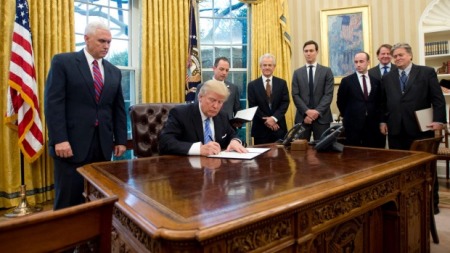 President Trump signed executive actions this week allowing construction on the Keystone XL and Dakota Access oil pipelines to move forward. The pipelines had previously been blocked by Obama on environmental grounds.

The Dakota Access pipeline became a major political and civil rights issue last year when it was protested by the Standing Rock Sioux Tribe, as it threatens their source of drinking water and sacred Native American heritage sites.

During Trump’s election campaign he regularly threatened to build a wall between Mexico and the US to keep illegal Mexicans out,who he called ‘drug dealers and rapists’. He also promised to make the Mexicans pay for the wall. Trump has now made it clear he still very much intends to build the 1600km wall, signing an order this week directing agencies to begin planning and identify funding for the project.  He also stated in a television interview this week he still plans to make Mexico to pay for it.

An eight page draft executive order, that has been published in the media, includes plans to ban Syrian refugees permanently and put a temporary ban on all refugee immigration for three months.

Trump also plans to suspend issuing visas for people from Iran, Iraq, Libya, Somalia, Sudan, Syria or Yemen for at least 30 days, according to the draft.

Trump plans to ban Syrian refugees from entering the US permanently

Donald Trump has consistently denied the existence of climate change describing it as a hoax by the Chinese to undermine US manufacturing. Within hours of Trump taking office all mention of climate change was removed from the White House website.

In a move towards censorship, Trump’s administration has banned the Environmental Protection Agency (EPA), NASA and the Department of Agriculture, amongst others, from speaking to the press. The ban includes the issuing of press releases, blogs, messages on Twitter and Facebook posts.

This is not just an issue for America but for the whole world. In just one week Donald Trump has put into place legislation that will dramatically effect women around the world, and other legislation effecting the environment and other marginalised groups. ONE WEEK. It feels crazy that in 2017 we are still fighting for equal rights.

I hope we look back at this moment as a time in history that we didn’t look away but instead a time we banded together, fought back and won.