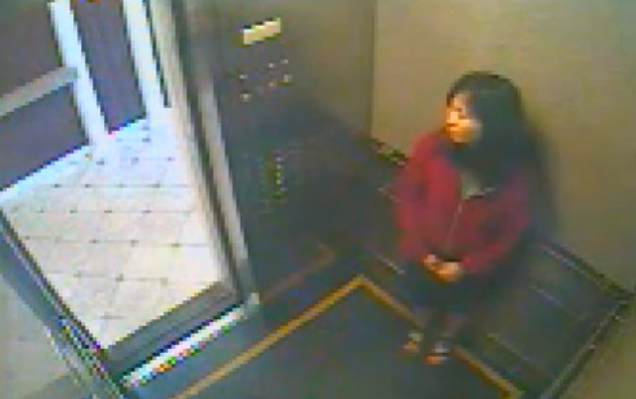 Of all the weird and creepy stories I’ve gorged myself on over the years, the 2013 unsolved death of Elisa Lam is one that remains open in the back of my mind.

On February 19th, Elisa’s body was found in a rooftop water tank of downtown LA’s notorious Cecil Hotel (now named the Stay-on-Main), by a maintenance man investigating guest complaints of crappy water pressure and dark and foul-tasting water coming out of the taps. She was naked, with her clothes and belongings floating in the tank with her.

21-year-old Elisa, who was from Canada and travelling through California solo, was reported missing by her parents when they didn’t receive their daily phone call from her on what was meant to be her final day in LA on January 31. On February 15, with no leads and still no sign of Elisa, police decided to release elevator footage captured at the Cecil in the early hours of February 1st.

The footage is disturbing to say the least, as Elisa appears to push multiple floors, cower in the corner of the elevator as if hiding from someone, step in and out of the lift (all while the doors remain open) and appear to converse with someone or something out of shot. You can watch the footage below…

Now, there are several theories surrounding Elisa’s death and behaviour, ranging from a decline in her mental state as a result of a psychotic episode (she had bi-polar disorder and relied on medication), murder and other paranormal stuff such as hauntings of past guests and a creepy, dimension-hopping ‘elevator game’.

The Cecil Hotel itself has a long and spooky history of some very, very suspicious activity.  It has been the site of many suicides, murder and was also believed to be the residence of serial killers Richard Ramirez (the Night Stalker) and Jack Unterweger during their murder sprees.

Doco legends Netflix have jumped on board and are releasing Crime Scene: The Vanishing at the Cecil Hotel, investigating the shady happenings at the Cecil and Elisa’s strange disappearance and death.

You can watch the trailer below and set yourself a reminder for Feb 10, its release date – ‘cos it looks EPIC.

Know what else is epic? Our pod. Have a listen to the latest ep below, then come on over and subscribe here so we can drop new eps into your feed each week.