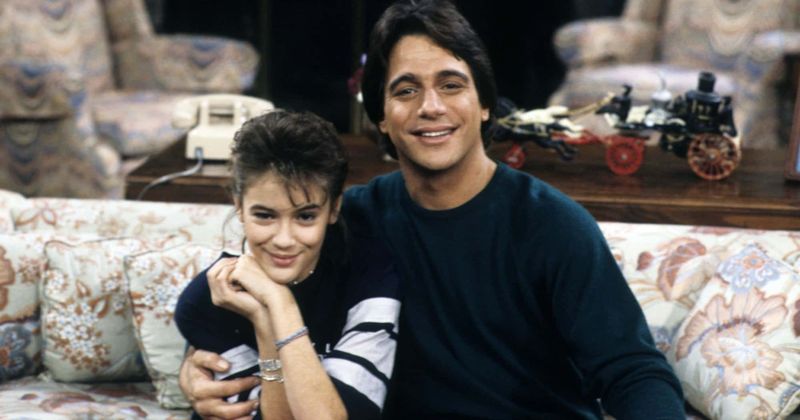 If you’re of a certain age, you’ll most definitely remember the sitcoms that dominated our TV screens. There was Family Ties. There was Growing Pains. There was Full House.

Of all of those US-based, feel-good shows, there was one that trumped them all. And this was IT…

Ah, Who’s The Boss. The story of former pro baseball player and single dad, Tony Micelli, who finds a job as a live-in housekeeper in the fancy household of boss babe, Angela Bower. Tony and his daughter, Samantha, slowly become part of the family, which is made up of the often-uptight and conservative Angela, her son Jonathon and Angela’s sassy, sexually confident mum, Mona. At the time, it was really refreshing to see an ‘unconventional’ family portrayed on prime-time telly, with the guy in the domestic role and the woman as the professional breadwinner of the home.

Also, we really, really wanted to see Tony and Angela get it on, ‘cos eight seasons of sexual tension had us all on edge, amiright? 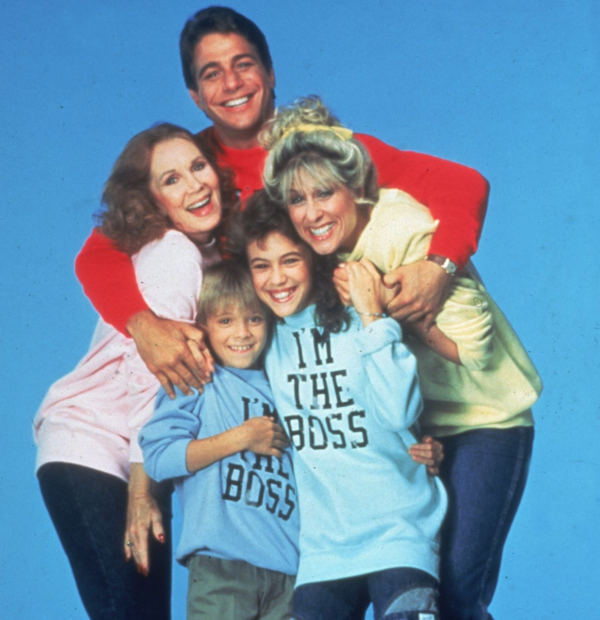 Mona, Tony, Angela, Samantha and Jonathon in their second season, 1985.

Fans of Who’s The Boss will be THRILLED to hear today’s news that the show is making a comeback. Yep, almost 30 years since it ended back in 1991, Tony Danza and Alyssa Milano (Tony and Samantha) have both reportedly signed on to give us an update into what’s been going on in their lives.

According to Deadline, “The new show will take place 30 years after the events of the original series, centred around former Major League Baseball player/retired housekeep Tony Micelli and his relationship with his daughter, Samantha Micelli. She is now a single mother, living in the house the original series was set in. In line with Norman Lear’s classic shows, the new comedy will explore generational differences, as well as opposing world views and parenting styles within the dynamic of a modern family in 2020.”

With no set release date yet, or any official word on whether Judith Light (Angela) or Danny Pintauro (Jonathon) have signed on (Katherine Helmond, who played Mona, sadly passed away last year) we’ll definitely be keeping our eyes on this one. Yessssss!

We went back to chat all about the horror movies that scared us silly in this week’s Blast From The Pre-Corona Past pod. Listen below and subscribe here for more.