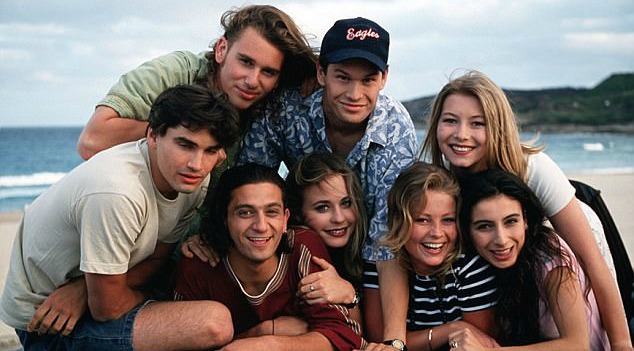 If you were a kid growing up in the 90’s, you’ll no doubt remember the Aussie series, Heartbreak High. Set in Sydney, the show revolved around the lives and dramas of a bunch of students attending the multicultural Hartley High School. Here’s a little memory-jog of the first season credits for you….

And here’s what some of the cast have been up to….

After starring in the movie that spawned the Heartbreak High series  (1993’s The Heartbreak Kid), Alex only appeared in the first season of the TV show.  From there he appeared in loads of excellent TV series with roles as the abusive Harry in 2011’s The Slap, lead role in SBS’s The Principal, as well as police detective on 2018’s BBC One drama, The Cry. Most recently, Alex has appeared on Netflix’s Tidelands as a police officer and in Foxtel’s The End. 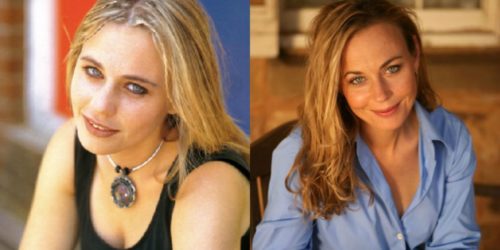 At the end of her run on Heartbreak High, Abi went on to star in major Aussie dramas such as Water Rats, The Secret Life of Us and McLeod’s Daughters. She has also worked in the theatre and has been a regular presenter on Play School since 2010. Abi is also an accomplished singer and mum to two daughters, Hazel and Pepper.

In addition to starring in feature films such as Looking for Alibrandi, Two Hands and Bootmen since leaving Hartley High, Salvatore has had a string of TV roles in shows such as Water Rats, Love My Way, All Saints and Farscape. He appeared alongside former co-star Alex Dimitriades in 2015’s The Principal, Brock and 2016’s The Secret Daughter and most recently played Rocco Bellini in last year’s SeaChange reboot. He also works in his own bizz as an MC and entertainer.

When Rivers left Hartley, he headed on over to All Saints, had a main role in the Aussie series Always Greener from 2001-2003 before returning to Neighbours as Lucas Fitzgerald (he started pre-Heartbreak as the original Darren Stark in ’92). During his time on Neighbours, Scott directed some eps and then went on to do the same for a couple of episodes of 2018 Aussie drama, Playing for Keeps. 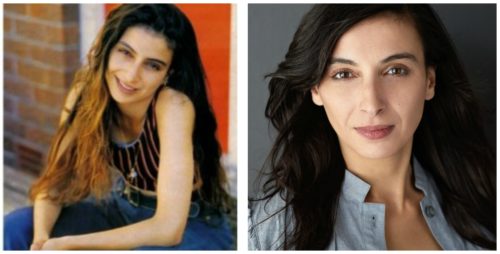 Katherine remained a familiar face on Aussie TV screens, working on shows such as Stingers, Neighbours and Blue Heelers in the late 90’s and early 2000’s. She also appeared in The Slap opposite Alex Dimitriades, the 2014 season of Wentworth and in 2018’s Flunk.

Ol’ Draz has been very busy since leaving Heartbreak High. He consistently worked in Aussie TV on shows like All Saints and Head Start before taking time off after suffering horrific injuries in a 2003 car accident – a head-on collision at 100km/h. Callan was trapped in his car for an hour before emergency workers could free him. After extensive surgery on his face, knee and ankle, Callan recovered and returned, starring in big Aussie series such as Home and Away, Underbelly, Rush and Power. He’s also starred in several big-time film projects such as Captain America: Winter Soldier, Batman v Superman: Dawn of Justice and Avengers: Endgame. Callan married his childhood sweetheart, Rachael, in 2010 and together they raise a son, Charlie. 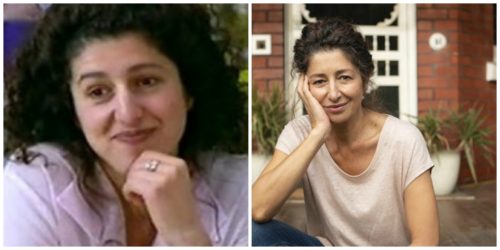 After playing school psych Yola, actress Doris Younane was a regular on Aussie TV screens. She appeared in shows such as Stingers, SeaChange and McLeod’s Daughters and then – literally – ran away with the circus, performing as a trapeze artist with Circus Oz. More recently, she has starred in 2014’s Party Tricks, The Wrong Girl in 2016 – 2017 and 2019’s Five Bedrooms.

Draz’s best mate hasn’t done a heap of on-screen work since leaving HH. He starred in the 2005 TV movie Dynasty: The Making of a Guilty Pleasure and a 2006 re-telling of Shakespeare classic, Macbeth. Most recently he has appeared in Underbelly: Razor and works as a professional voice-over artist of children’s TV in Los Angeles.

Lara starred as Draz’s on/off GF and Ryan’s sis on Heartbreak. She’s been seen in films such as Kangaroo Jack, Little Leopold and Women He’s Undressed, as well as TV shows All Saints, The Lost World and H2O: Just Add Water. Lara landed herself a recurring gig on Home and Away as Alf Stewart’s daughter, Quinn Jackson.

Everyone knows that the gorgeous Ada Nicodemou (Katerina) has been one of the longest-running cast members on Home and Away (for almost 20 years) and we were lucky enough to have a chinwag with her On the Couch, where she talked to us about her time on Heartbreak High…

We also chatted Heartbreak High and Degrassi Junior High on our latest ep of the pod, which you can listen to below…