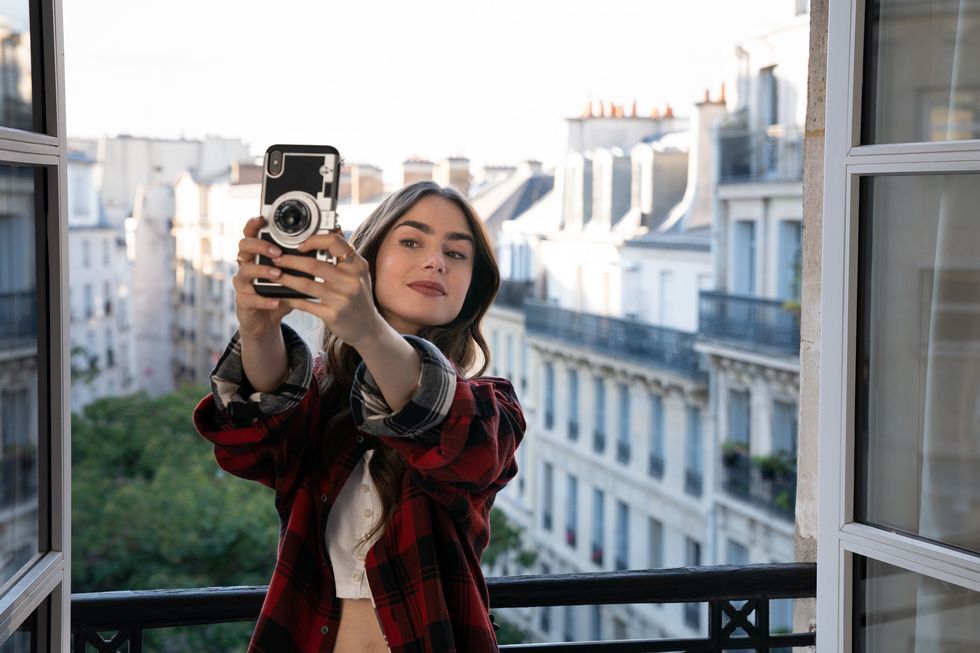 I’d seen Emily In Paris come up in my Netflix recommendations a few times, but to be honest, I didn’t give it a second glance. Then the other night, Stace sent a message recommending it. ‘Is it light?’ I asked, because what I feel like I need more than anything right now is some mindless, relaxed viewing. Some pretty things to look at. Something that allows me to live in someone else’s (designer) shoes for a bit, as far away from home-schooling, snack preparation and busting up my kids’ fights every five seconds.

And Emily In Paris bloody delivered.

Of course, it’s totally unrealistic and a little on the corny side… but that’s what I loved about it. I loved the clothes, the gorgeous Paris streets and of course, the Parisian men who take sexy to a whole other level, especially Antoine and Gabriel. Tres, tres hot.

Once I’d finished bingeing all 10 eps over two nights, I did what I always do when I’ve finished watching something. I Googled the shit out of the cast and the show and found some interesting tidbits you might enjoy.

There are heaps of Sex and the City similarities:

In addition to Emily in Paris being created by SATC’s Darren Star, legendary costume designer Patricia Field, who was responsible for all those iconic SATC looks, was also stylist for Emily in Paris. Pat divulged that those ‘Emily’ earrings Lily Collins wears were a nod to the classic ‘Carrie’ necklace SJP wore and that gorgeous black tulle frock she wore to her first work party? It’s a spin on the tutu dress Carrie wore when she was in Par-ee in the final season. 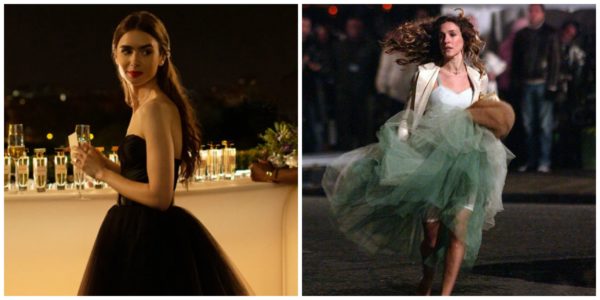 Also, Antoine – the sexy perfume guy – was in an ep of SATC… he played the Prada salesman who sold Berger his first designer shirt. Cute.

For the three months of filming in Paris from August to November last year, Ashley, Lucas and Gabriel rented a place together and according to Ashley, had a bloody ball. How could you not? 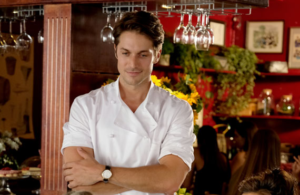 Just when you thought the 32-year-old neighbour-from-heaven couldn’t get any hotter, turns out the guy can actually cook. “I was a sous chef in a restaurant a few years ago”, Lucas said in an interview. “When I first got the scripts, I was like, ‘Oh, wow, this is definitely for me, I’m definitely going to use these skills.'”

Emily and Mindy’s names were chosen because…

Darren Star decided on naming the title character Emily because it was simple – and also because he loved how it sounded pronounced with a French accent, like ‘Amelie’. Mindy’s name came from Darren Star’s personal life and was an ode to one of his best Paris-based mates of the same name. “It’s a little homage to her. She has an amazing spirit and was a great guide for me to everything in Paris.”

Emily’s phone case has become the star of the show:

Emily’s chic phone case, which resembles a vintage camera, was a serious showpiece. Unsurprisingly, the case actually belonged to Patricia Field, who knew it’d work on screen. Pat said of the case, “So I gave it to her to use in the show. I got it initially several years ago in Korea. Since then, I’ve also seen them on Amazon. My assistant Erica says the camera case is the new Carrie necklace.” 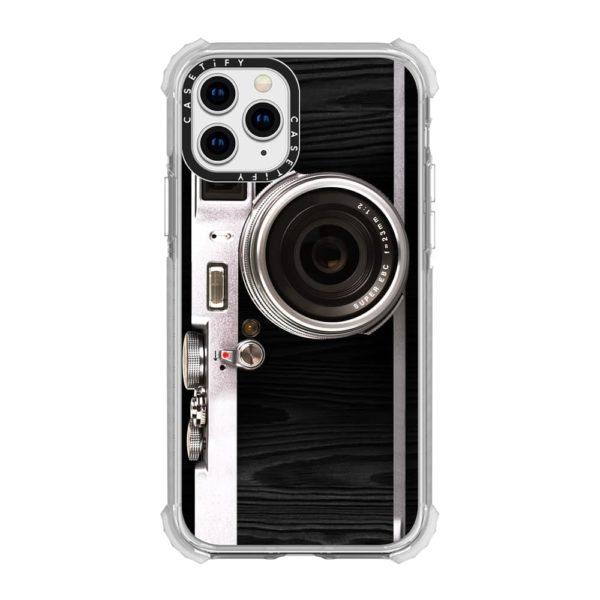 You can nab yourself one on Etsy here or on Casetify here.

Looking for some poddy goodness? Our latest Blast from the Pre-Corona Past ep is ready for you to devour below. Don’t forget to subscribe here.
Explore: Entertainment, Popular Stuff, TV Shows
Share
Show Comments
Oi! We like you... wanna like us?
Loading...
pokies
Latest Popular