The greatest moment of my life, bar none, was going to see a taping of Young Talent Time in 1988.  Exaggeration? I think not.

Let me take you back…it was Channel 10 studios in Nunawading. Australia’s bicentennial year, the year of Expo ’88. I had my polka dot ra-ra skirt on, my socks scrunched up and I was totally rocking a slightly teased fringe with the sides of my hair blow-waved outwards. I was nine years old and I was looking Fine with a capital F.

The studio was filled with screaming, hyperactive kids, but I maintained my composure. I was as cool as a cucumber because I was there for one boy and one boy only. Joey Dee. And out he came… wearing a Miami Vice- style white suit, spiky mullet and the greenest eyes you’ve ever seen. He sang Crazy by Icehouse and – could it be – did our eyes connect? I’m sure they did, so I fluffed up my glitter-sprayed hair and sang the shit out of that song from the audience, right back at him, and it was beautiful. by mangowebdesign.com

Look, it doesn’t really matter that those studio lights would have rendered that kid blind from the stage and he wouldn’t have seen ANYBODY in the audience. In my mind, Joey and I had a moment and you bet your ass I went to school on Monday and bragged to all my friends about our non-existent connection.

Nevertheless, my obsession with YTT continued. I had clothes from the Dannii fashion line at Target (loooong before her current Petites range), I had the board game and a YTT memorabilia t-shirt. The only thing missing was my acceptance into the Johnny Young Talent school, which I’m still working on. It’s still around you know…I’m just trying to nail that one killer performance to get me through the door.

We all know what Dannii Minogue and Tina Arena have been up to, but what about the others? We dug….and dug…and dug to find out what we could about what the heroes of our childhood were up to now…. 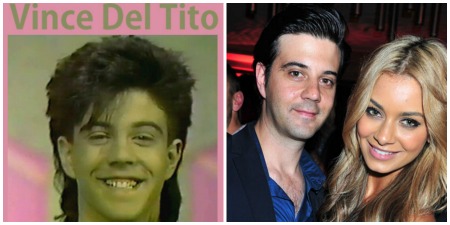 Was anyone NOT in love with the hunky Italian with the dreamy brown eyes? Oh Vinnie, be still my beating heart. During his five year career on YTT, Vince became a mega-fave amongst the young ladies and Dannii Minogue told us that the two were a bit of an item. We knew it.  Vince now works in entertainment management, lives in LA and manages the career of his fiancé, the gorgeous DJ Havana Brown….and he amazingly still looks EXACTLY the same, minus the 80’s bouffant hair. 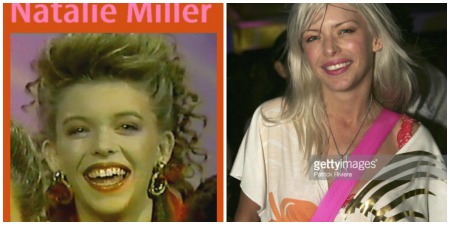 We all had our favourites on the show, and Natalie was my favourite of the girls. She has been a back-up singer for Deep Purple, Kylie Minogue, INXS and Barbra Streisand – like, the real Babs! In an interview back in 2010 Nat said she was closest to Vince, Dannii and Tim and they were “a little foursome” #Friendshipgoals.   Natalie is married to former MasterChef contestant Aaron Harvie, runs her own casting agency and has a career in event production. 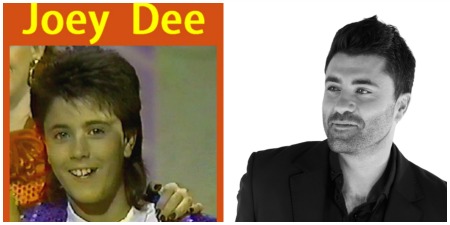 Joey then, Joey now. We miss the mullet

Oh Joey, you dreamy little spunk rat. He was essentially a mini-Vinnie and he was very well-loved by the chicks of the eight and nine-year-old demographic like myself. Word around town was that he and Rikki Arnot were “dating” but I won’t have any of that. Nowadays, Joey still works those pipes in and around Melbourne as a singer/songwriter and no longer wears white pants. He also appeared on this year’s season of The Voice. I can feel a bit of stalking coming on… 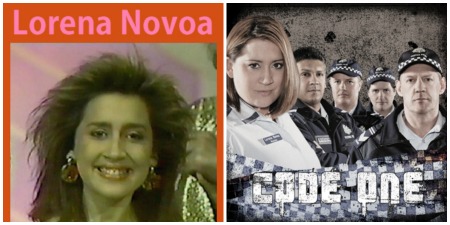 Lorena’s run on YTT began at age 13, where she was hand-picked by Johnny Young himself to become a regular on the show. Lorena continued working in music, recording jingles for TV ads, had a 1993 hit with her band at the time, Culture Shock, and co-wrote with Australian Idol runner-up Anthony Callea. Lorena was a police officer in Victoria, performing with band Code One, who “use music to raise awareness of issues and strengthen community bonds.” She still does a lot of singing work and can be followed on Insta @lorenanovoasings. 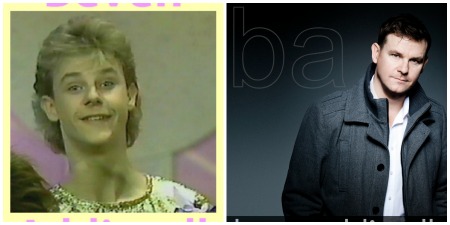 Beven, then and now

While his love of sequinned jackets may have dwindled, Beven is still mad for music today. Now a “performer and event specialist,” Beven hosts and performs at fundraisers, corporate events – weddings, parties, anything (sorry, I couldn’t help myself). Perhaps the best-ever Beven moment came when The Project’s Pete Hellier and Tripod performed the hilarious, “Beven: The Musical” which made it to number one on the Triple J Hot 50 in 1999. Gold… 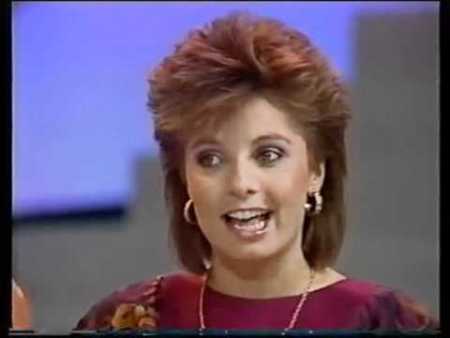 We COULD NOT find a recent pic of Katie. Boo!

Katie, born Katrina, was the bubbliest of the YTT girls and she rocked an 80’s blow waved mullet like no other.  There were plenty of tears when she left the show at the ripe old age of 16, and has since gone on to have a successful career as a media manager. 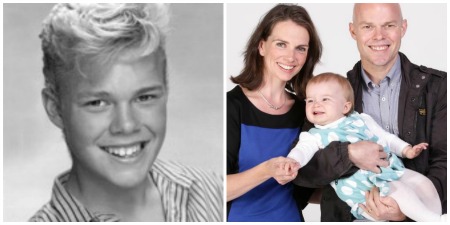 Young Greg then and Greg all grown up with a family

Remember Greg? The blondie? Well, after leaving YTT, Greg made his way through uni and earned himself a Bachelor of Commerce (Management) degree. He now has his own highly successful business, has three children and also owns Tribeca Pizza Bar in East Melbourne. Also, did you know that Greg’s sister is Tania Hird, James Hird’s wife?  Us either.

Ah, it was nice to walk down memory lane, wasn’t it? Plenty of talent shows will come and go, but in my mind, nothing will ever be as magical as YTT was.

Do you know what became of any of the other members? Please dish if you do!!

Here, Dannii Minogue talks to Monts about her time on the show…

No time to watch the videos? You can LISTEN to our chat with Dannii below and subscribe to our podcast here. How convenient!