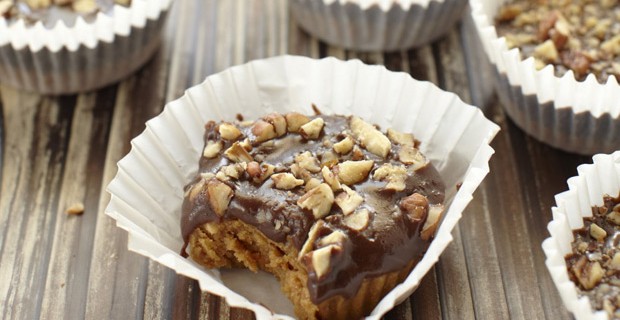 As far as flavour combinations go I can’t think of anything better than chocolate and peanut butter, can you?? Actress Alicia Silverstone is a health food nut and has found a way to make a healthy version of her all time fave treat – Reese’s Peanut Butter Cups.

“I was obsessed with Reese’s Peanut Butter Cups. When I became a vegan 10 years ago, I was sad to give them up. Now I make this healthier version and they are way better – using only homemade and natural ingredients. I’m proud of them. I think they’re the most ­ridiculously delicious things in the entire world, and I always give them to people as an introduction to how great vegan treats can be,” says the actress. 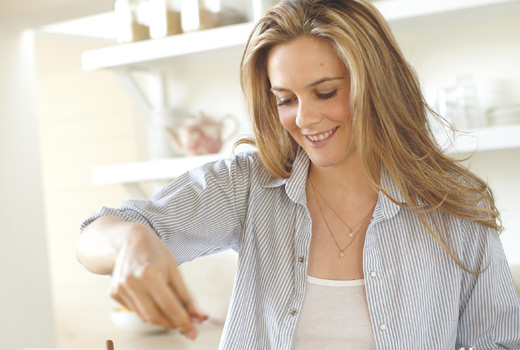 Make these for yourself – you know you want to!

Break the graham crackers into large chunks and place in a food processor or blender. Pulse on and off until they are ground to fine crumbs. Measure out 3/4 cup of crumbs and set aside.

Melt the butter in a small saucepan over medium heat. Stir in the peanut butter, graham cracker crumbs, and maple sugar and mix well. Remove the mixture from the heat. Evenly divide the mixture, approximately 2 tablespoons per cup, among the muffin cups.

Combine the chocolate and milk in another pan. Stir over medium heat until the chocolate has melted. Spoon the chocolate evenly over the peanut butter mixture. Top with chopped nuts. Place in the refrigerator to set for at least 2 hours before serving.