Most of us have a talent. If you’re really lucky, you might have a couple. Some of us can write, some can sing, but Em Rusciano can do both. When I say that she can write, I mean her words can make you laugh, make you think and make you feel. When I say sing, I mean she can give you goosebumps on a 40 degree day in a packed theatre. She’s also FUNNY and when I say funny, I mean so hilarious that you find yourself laughing so hard that you have to cross your legs tightly so as not to, literally, piss yourself.

I reckon we’d be great friends. We’d bond over our Italian heritage, motherhood and how great it was to be born in 1979. Sounds crazy for someone you’ve never met, but that is exactly where Em’s true talent shines. Even though she’s crazy talented, she is so relatable that when you read her words or hear her sing or watch her show, you can see  yourself reflected back at you. There’s a bit of all of us in her. And she loves her food, so I like to think we’re practically twins.

Em let us play Food Snoop with her and unsurprisingly, her answers are both honest and hilarious. Just like her.

What does a typical day of food look like to you?

7.30am – Frozen berries, apples and spinach blended together with almond milk, 2 slices of gluten free bread with avocado and a poached egg (what a wanker!) Cup of coffee, soy flat white.

10.30am – Lemon and cracked pepper tuna on Cruskits with parmesan on top.

12.30pm – Heat up whatever we had for dinner the night before!

2.30pm – Corn chips, almonds, a spoon full of Nutella. Not together obviously!

6.30pm – Dinner: We rotate between pasta, stir fry, schnitzel, fish and tacos basically. Sides are usually broccoli, sweet potato and carrots or salad. I’ve started making my own Pho as well, we have so much frozen pho in the freezer…I could basically open a Pho house..I’d call it Pho Sure. 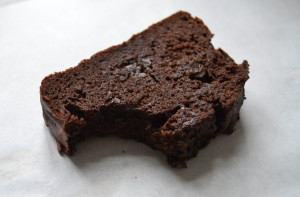 The one food item you can’t go a day without?  Does coffee count as a food group? If it does I choose that and if you’re going to be jerks about it then I choose cheese. Oh my CHRIST I love the stuff, all of it. Well except gorgonzola, that guy is aggressively offensive.

What is your exercise of choice?  “Just Dance” on the Wii. I have pretty much clocked “I’m so excited” by The Pointer Sisters. My kids basically suck at it now I am so good. I also run most days but that is waaaaaay more boring.

Which do you prefer – juices or smoothies?  Vodka.

What is your signature dish?  Chicken, mushroom, spinach and white wine risotto. I could give you my recipe however my Nonna would rise up from her grave and kill you. It involves a crap load of garlic, butter and wine.

If you could share a meal with anyone (dead or alive), who would it be and where would it be?  Beyonce, Louis CK and Freddie Mercury at my grandparents house circa 1990. Nonna would cook up a five course extravaganza after telling Bey she’s too skinny.

What is the best meal you’ve ever had?  Look, she is dominating these questions, however nothing has ever topped my Nonna’s cooking and I have eaten at Michelin star achieving restaurants in New York with Matt Preston…stop bringing it up you guys, it’s no big deal ok! Every Sunday at Nonna’s we’d start with minestrone, then hand made pasta, then home made pizza and finish on hand crumbed schnitzel and a salad containing nothing but iceberg lettuce. Her dressing was RIDIC. Olive oil, lemon and salt and that is IT. I’ve tried so many times to get the balance right but have never managed to. She passed away in 2006, I wish I’d learned more from her in the ways of Italian cooking than I did.

What would be your last supper?  See above. Or Tacos, I have an unhealthy obsession with tacos.

Dessert or cheese plate?  Both.

Cocktail, water or wine?  I think you’re missing an “and” between the cocktail/wine situation. I only drink water during the week and day, no soft drinks, juice or milk. Just water, love the stuff.

For more from Em, including tour dates for her current stand-up show, The Motherload, head on over to emrusciano.com.au.

Watch her candid On the Couch chat with Monty here.