R.I.P to our fave discontinued snacks

With the shock announcement a while back that Tasty Toobs were being discontinued (R.I.P), we thought we’d take a look back at some of our favourite snacks that have gone to supermarket heaven.

If there was ever a snack food worthy of resurrection, this would be IT! What could be better than solid blocks of Milo coated in chocolate? Just like Grease 2, the replacement doesn’t even compare to the original. Can someone start a Facebook page about this please? If the Polly Waffle is worthy of making a comeback, SURELY the Milo Bar stands a chance.

Ah, the little flavour-packed corn chip twirls that were a feature in many a lunchbox of kids in the 90’s. These were good, but the ad was even better…

Seriously, what is there not to love about a biscuit with chocolate, peanuts and caramel? These were the bomb and in my opinion, tie for the first place blue ribbon for best biscuit evs with their older cousin, the Kingston. 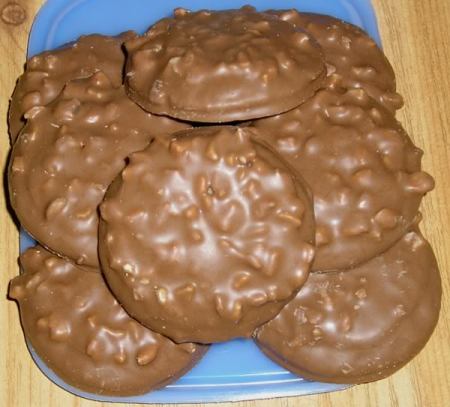 Whether milk chocolate was your true love or you were one of the odd peeps who preferred white chocolate, Vice Versas made both camps happy. Why did you discontinue these Nestle, why? 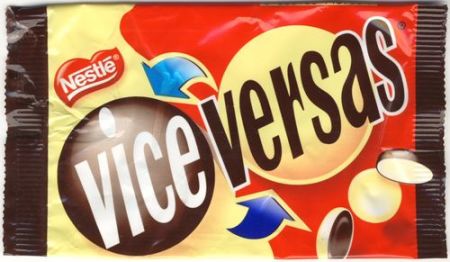 Ritz Dixie Drumsticks in a Biskit

Another much-loved play-lunch favourite, the Ritz ‘In a Biskit’ range, which included Chicken in a Biskit, have also been discontinued to make way for “healthier” options on the market. Pffft… 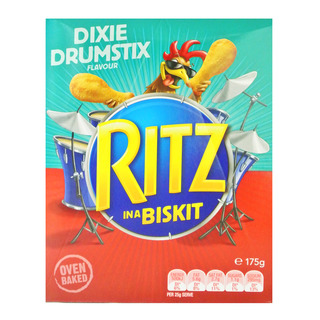 Gourmet chips suck…who wants to eat a jalapeno flavoured chip with a dash of lime? These chips were crinkle-cut heavenly goodness and the Salt ‘n’ Vinegar flavoured ones have not yet been beaten. 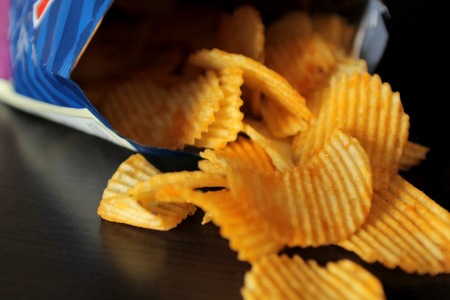 Ok, so there’s clearly a peanut / chocolate theme happening here, but my GOD these were good. Chocolate, toffee and peanuts. The advertising, however, was questionable….

Sounds like a weird combo, but these were so delicious….a cinnamon flavoured biscuit with tiny bits of raisin and a massive clump of thick, hard pink icing in the middle. I used to eat around the biscuit bit and leave the big blob of icing until the end. 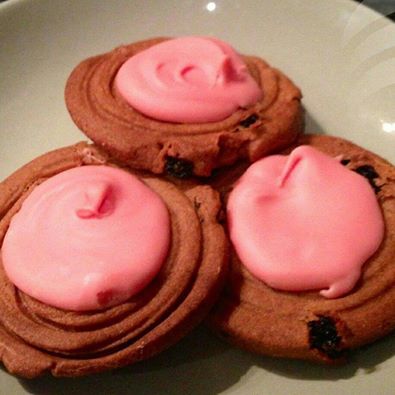 What discontinued food do you miss?