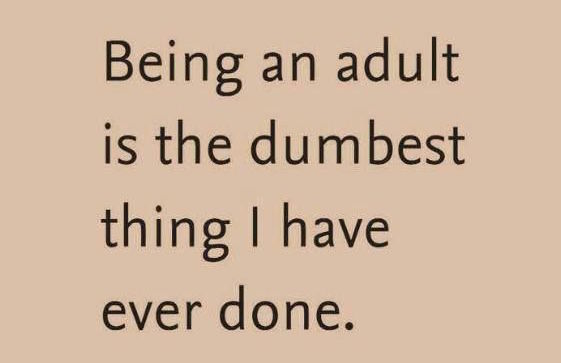 7 reasons why being an adult sucks

I woke up this morning and realised, I really don’t like being an adult. There are so many stupid “adult” issues, problems and stresses we have to deal with that didn’t exist when we were young. Sometimes I look at my kids and get green with envy, wishing I was four again and without a worry in the world. Real-life problems suck! Remember school? When we had six weeks of holidays during the year and another six to eight over Christmas? Man, life was “tough”!

Despite saying this, I am actually a cheerful person. It’s just that I’m also a massive worry-wart and care too much about friends and family. Because of this… here are 7 reasons why I think being an adult sucks.

1. You realise your parents aren’t superheroes

My parents are my world. When one of them so much as coughs, my first reaction is, “What’s wrong, are you sick?” Begging them to get check-ups, colonoscopies and mammograms is the norm. When you were a kid, you thought your parents were invincible; that they’d live forever. When you hit 30, you realise your mum and dad aren’t actually superheroes. They bleed, they get sick and they get old. This saddens me so much. At 34, I feel like my umbilical chord is still attached to my mum.

2. Break-ups are a legal matter

It’s not like high school, where you can just leave a hand-written note in your boyfriend’s locker, saying, “We’re over”. Break-ups are quite often a legal matter. They involve lawsuits, courts, possibly losing houses and money, and fighting over custody of your kids. Then there’s the stress of dating again. Tinder is terrifying for old-as-fu*k people!

Where does it even go? If we didn’t have to pay for our mortgage, food, health-care, car insurance, home insurance, life insurance, water bills, electricity bills, phone bills, personal loans and childcare, then we’d all be rich! 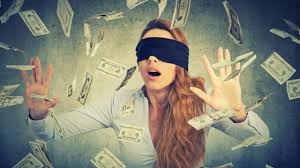 Redundancies, pay freezes, demotions… Bloody financial crisis, who do you think you are, coming in and destroying our hopes and dreams? Then there’s the problem of having a boss who is younger than you, bossing you around and telling you that you should be working harder. Ouch!

5. Kids and the freakin’ biological clock

Having kids; not having kids; not being able to have kids; having a partner that doesn’t want kids; kids that get sick; worrying that your kid will get sick; stressing about schools and if your child will have friends; post natal depression; “judgie” mums. Argh, the whole thing is stressful! But I should also add here, it’s absolutely amazing at the same time and the good usually outweighs the positive. Probably what makes your heart all the more vulnerable.

6. Tiredness is the norm

Most days, you wake up tired. And you spend the rest of the day complaining about how tired you are. This didn’t happen when we were seven. 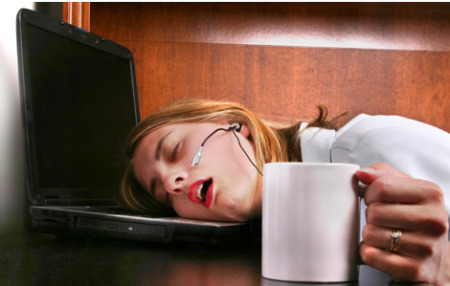 I’m going to blame this on Google, but whenever we get an aching boob, a headache or unexplained nausea, it’s always self-diagnosed as some form of tumour. Then we spend 48 hours worrying about how we’re going to tell our family that we’re dying. That is until we see the doctor and find out we’re in perfect health. The aches are simply because we’re getting older and probably not exercising enough.

See, being an adult sucks. I often think that pimples were so much less stressful than all of this real-world stuff. Then again, imagine going through your teenage years a second time round! #Noooothanks!

What’s you least fave thing about being an adult?

This article was orginally published at adelady.com.au