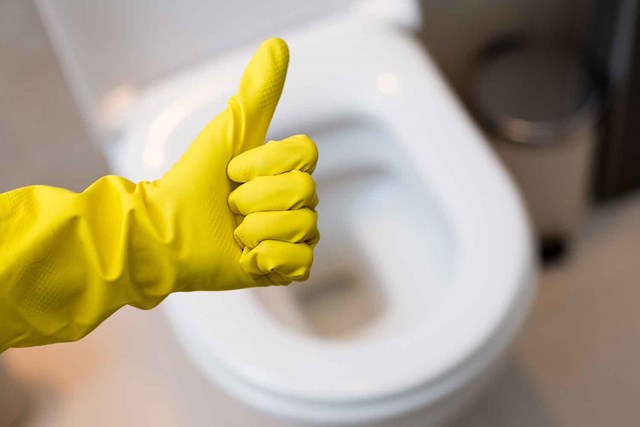 The way some people clean their toilet is FOUL!

If I were to go out on the street right now and take a survey of the most hated household chore, I reckon a real 90% of people would award cleaning the toilet with the gold medal. 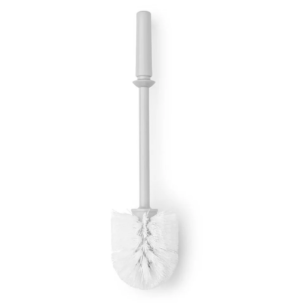 this was invented for good reason

You see, scraping poo off the crapper is never fun, especially when you’ve got young kids with a special talent for totally missing the target when dropping the chocolate hostage off at the swimming pool. Worse still, they offend and then…. they just leave it there, sunbaking against the porcelain and giving the next user literally the grossest surprise ever when they lift the lid.

Not telling anyone they’ve essentially left a full turd abseiling off the side of the bowl ensures the bum chocolate has all the time it needs to really harden up, sorta like Ice Magic, and attach itself to the porcelain like super glue. This makes it a real bitch to get off.

Now, for most of us there is only one way to tackle this situation – and that is to squirt the bowl with a SHITLOAD of toilet cleaner, let it sit for a few minutes, and then scrub as aggressively as your arms will let you until every speck of that poo is gone.

Today it has been brought to my attention that there are in fact TWO ways to clean a manky toilet bowl. One of them is outlined above and the other is just very, very wrong.

Monty’s 3pm Pick-Up co-host, Bec Judd, is in the ‘other’ party and, well, I’ll just let her explain how the toilet cleaning process rolls in the Judd household…

I would legit not even do that wearing three pairs of gloves and condoms on each finger.

I have NEVER heard of this before today, but after a quick text to a few friends it turns out that at least two of them clean the poonami off their bowls this way. When I asked why, one of my mates said using her hands – and I quote –  “gives me more control than a brush”. I mean, what if there’s break-through in the paper? What if your hand accidentally touched the inside of the bowl?  Yuckkkkk.

I mean, we’ve all gotta do whatever floats our personal toilet-cleaning boat, but William C. Schopp invented the toilet brush back in 1932 so we DIDN’T have to stick our hands inside the bowl. What a bloody hero.

Speaking of the gorgeous Bec, she sat down and had a chat with Monty a little while ago and you can listen to that in pod form below. Subscribe here for heaps more.