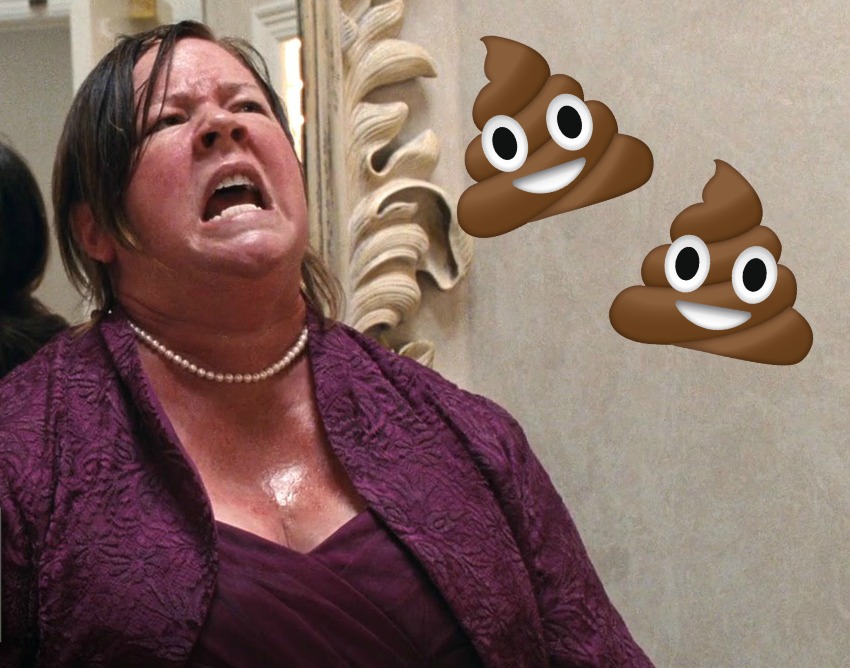 Detox teas will murder your bum hole. I know, ‘cos I tried.

A few years ago, I (embarrassingly) got sucked into buying one of those ‘detox’ teas during my lunch break at work. A quick read of the packaging promised that if I took it, it’d give me clearer skin, help with digestive issues, improve my sleep, cleanse my liver and leave me feeling like a new, flatter and lighter woman. Sold! I handed over my cash and as soon as I got back to my office, I flicked the kettle on and started chugging my tea. It tasted like dirty drain water, but I was so excited for the results that I smashed through it and went about my day. New me, here I come!

A few hours later, I had a young guy in my office and we were working through a plan to get him into employment. As we chatted, my stomach let out a growl that was so loud it took us both by surprise. I laughed and made some stupid joke about missing lunch and we continued on… for another 45 seconds until the spasm came. Out of NOWHERE, I got hit with a cramp in my lower stomach that felt like something, perhaps the devil, wanted to make a speedy exit out of my chocolate starfish. And it wanted to destroy everything in its path. 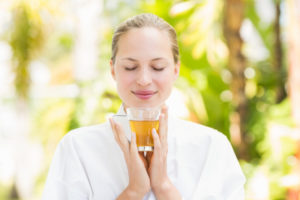 it’s all smiles until your bum hole starts pulsing

I’m telling you, the amount of concentration it took to keep my bum cheeks clenched hard enough to stop me from shitting myself right there in my chair, in front of that guy, was monumental. I started sweating. I felt all the colour drain from my face. I was shaking. Before I could say, “I think we’ve got to cut this appointment short,” I got hit again. This time, I had to physically hold on to my chair to brace myself. My client asked me if I was ok and I just looked up at this poor guy and said, “I think I’m sick. I’ll call you next week.” As he high-tailed it out of there, I did labour-style breathing while I worked out if I could make it home, which was a good half hour away.

As someone with a severe aversion to pooing anywhere but home, I started to cry as I realised that I’d have to go into our small work bathroom and cause some serious damage. Even GETTING to the cubicle without doing my dacks was a feat in itself, but the humiliation. Oh, the humiliation of the sounds and smells that were coming out of my body; there was splashing and wind and moaning. It was like one of those scenes in a movie where someone plays a prank and slips a laxative into their mate’s tea. But real. 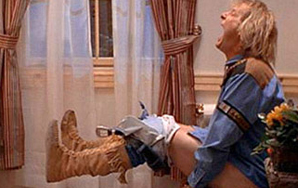 this was me. at work.

I was in that toilet until 6pm. I was meant to leave work at 5. I almost shit myself on the way home in the car. I was exhausted. Weak. Spent.

I’m not sure where all that stuff inside of me came from, but it Just. Kept. Coming. All night. Every sip of water came straight out the other end. I had no solids for 24 hours and had to take the next day off work because I couldn’t be more than two steps from the toilet at all times.

So, did I feel like a new woman after my experience with detox tea? You can bet your banged-up bum hole I did. I felt weak, embarrassed and my flatter tummy was only a result of living a full day and night in the grossest room of the house. So here’s my hot tip: If you’re considering taking detox tea, swerve that idea. Don’t believe the hype. The only reason it makes you eat less is because if you put anything in your mouth you will literally shit yourself – maybe even while you’re in line at Woolies. I’m not sure about you, but the humiliation (and haemorrhoids) just ain’t worth it.

This story is the reason why my poor, poor anus gets flashbacks and tightens up in a weird, fear-reflex fashion every time I see a detox tea come up in one of my social media feeds.  And when celebs endorse them like they’re some kind of healthy secret to weight loss? Well, that just makes me mad. 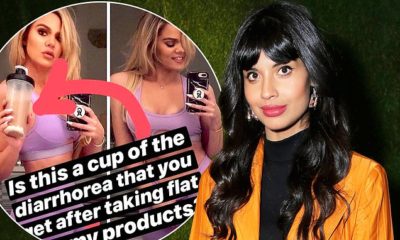 Actress Jameela Jamil, who has long been an activist for women and body positivity and all that good stuff, is no stranger to calling out bullshit when she sees it. She’s openly criticised the bogus weight loss products celebs like the Kardashians have been known to plug on their social media accounts. She does this in the hopes of sending the message to impressionable young girls and women that these products DO NOT WORK and they should run a mile from them.

Disappointingly Cardi B is the latest celeb to spruik a ‘detox’ tea to her over 36 million followers, crediting it for ‘losing all the baby fat in my stomach’ post-pregnancy – and Jameela isn’t having it. So, she took to Twitter to call her out big time with this tweet…

They got Cardi B on the laxative nonsense “detox” tea. GOD I hope all these celebrities all shit their pants in public, the way the poor women who buy this nonsense upon their recommendation do. Not that they actually take this shit. They just flog it because they need MORE MONEY pic.twitter.com/OhmTjjWVOp

Jameela is bang-on, because detox teas are just laxatives dressed up in a fancy packet with a bunch of rubbish claims. Look, if I hadn’t tried it before, I’d be speculating as to whether they’re effective or not – but because they have, literally, torn me a new arsehole, I believe I have the right to comment.

And they’ll make you shit. Not a little bit, but A LOT. And it won’t be weight you’ll lose, it’ll be your dignity.

Our latest ep of Show+Telling is up! You can get it in your ears below and score fresh eps every fortnight or so by subscribing here.