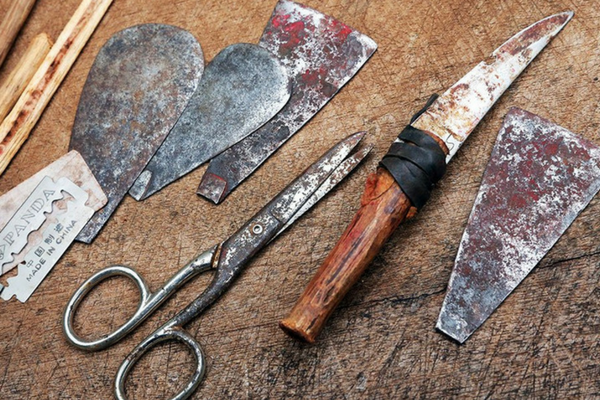 Imagine holding your daughter down as this happens…

Warning: Some of the information and images contained in the article are extremely graphic.

Imagine a celebration of your coming of age, where you are the centre of the party; the dancing, the drums…until you realise the drums are becoming louder to drown our your screams. Imagine your wedding night as a virgin where the only feeling of first having sex is pure shock and pain. Imagine being pregnant with your first baby but you know your child won’t fit out of your vagina unless they cut you, a reminder of the trauma you first experienced as a five-year-old bleeding onto the ground, your labia sitting in that blood after being cut off. Born in a different culture this could be you, holding your daughter while this happened to her.

Let’s be clear – although there are many reasons given for performing female genital mutilation they all link back to the purpose of controlling female sexuality. It is a dangerous and horrific practice that has lifelong repercussions. The trauma of being cut, the loss of sexual feeling, the pain of sex and childbirth. It can result in death. It is control, torture and violence against women, often performed on girls from infancy to age 15. There are ZERO medical reasons for FGM to occur… and yet it’s still happening.

So what is Female Genital Mutilation (FGM)?

There are four types of FGM: 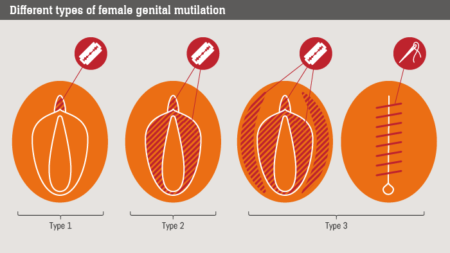 Why is this still happening?

FGM is performed to protect a girl’s ‘purity’ and is generally done before adolescence. The practice is rooted in gender inequality, with its primary reason being to take away sexual feeling from girls so that they will remain virgins until marriage and not commit infidelity. FGM is cultural and not religious. Although it is sometimes claimed to be done for religious reasons neither Islam or Christianity endorse the practice.

In some cultures it is seen as cleaner and that it looks better. The fear is also that girls will be socially excluded if they do not have the procedure and not be as marriageable.

It is mostly committed against girls in sub-Saharan Africa and the Arab States, but FGM is also practiced in countries such as Asia, Eastern Europe and Latin America. It is also practiced among migrant populations throughout Europe, North America, Australia and New Zealand.

Mariam Issa spoke to us on our series with TOM Organic, The Change Up, including experiencing FGM at the age of four-years-old.

The horrific effects of FGM are…

There is absolutely no medical reason for FGM and it has no health benefits. It is often performed by community leaders rather than health practitioners. The immediate possible consequences are; severe pain, shock, haemorrhage, trauma, infections, HIV and death.

It is sometimes referred to as the three feminine sorrows; the day of mutilation, the wedding night, and the birth of a baby

Is it still happening?

An estimated 200 million women alive today have been subjected to FGM and rates are growing through population growth. The United Nations estimates that at current rates, 68 million women will be cut between 2015 and 2030. 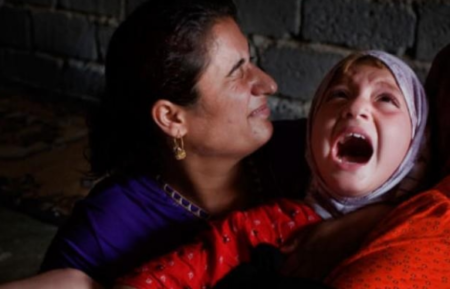 What can be done to stop it?

FGM has been reduced or stopped altogether in countries and regions where the human rights of women and girls were reinforced and legally protected. Research shows that if communities themselves decide to abandon FGM it can be eliminated very rapidly.

Creating visibility and exposure to these issues is so important. Although many of us are blessed to not have been exposed to it, this is sadly not true for many women around the world. Living in Australia it is often hard to realise that many of our problems are very first world. When we are stressing about bills, and working and doing the school drop off, many women around the world are facing issues that we can’t even imagine.

Mariam Issa spoke to Monty and Stacey for our series The Change Up brought to you by TOM Organic. You can listen to the podcast of this series here and check out the rest of our series with Mariam here.