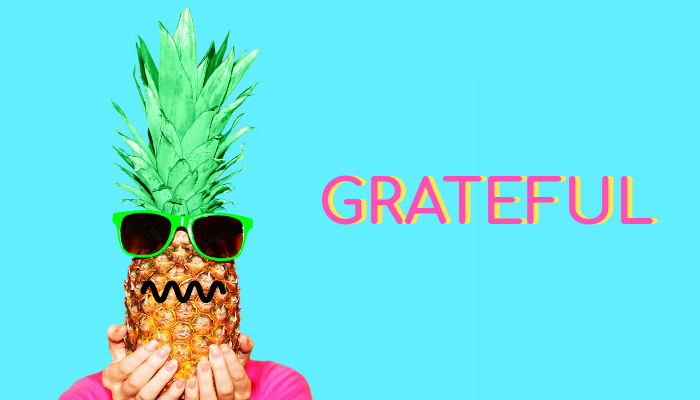 I first realised that I had hit the DNA jackpot and had to seek professional mental help for my irrational noggin when I was 14. I come from a family where mental illness is in bloody abundance, so it was only fair that I get dealt with a couple of conditions too! Winner winner, chicken dinner!

As a 14-year-old who was going through mental illness and puberty simultaneously (honestly, what a fucking cocktail), I think that the professionals maybe thought that they’d spare me “labels” and instead say things like, “You experience feelings of anxiousness” and “you have a tendency to be obsessive”, rather than “You have anxiety” and “You have OCD.”

I have always been a cautious little stress head. I was always worried about getting left behind on school excursions, would NOT want to drink milk if it was after the stroke of midnight on its use-by date and would not DARE to cross the road before the green person lights up at a pedestrian crossing. But at 14, I had what I can only describe as a breakdown. My dad had been spared being dealt his mental health journey until his late 30’s and I really entered mine during this time too. I stole the poor bloody bugger’s thunder! I had always been and continue to be a very talkative, bubbly nutter with this strong, and fucking strange, sense of humour.

However, during that time I lost most of my personality and just felt overall like a bag of dicks. I didn’t talk a lot, but did cry a lot and felt like I was existing behind a layer of haze, observing my own life a lot of the time. I had a lot of intrusive thoughts that were mostly negative and I found it hard to focus on anything else. I spent a lot of time and my parents’ money in counselling appointments that I FUCKING DESPISED, got hypnotised, was put on a few different meds and developed a lot of obsessive habits. As far as the obsessive habits go, I would make sure that the door was locked multiple times, without even walking away from it between times. I would “check” places before I felt safe, most of which were locked doors or stovetops, but some I have no fucking clue what I was “checking” for. I would create elaborate and unrealistic fears in my head and couldn’t shake them and would put measures in place to try and stop them from happening. OR I would just develop elaborate and unrealistic SCENARIOS from something tiny and would become CONVINCED that they were happening. I would think that I was a bad person and if something bad were to happen that I had wished for, I’d caused it. I was pretty joyless.

I still have some of these habits today, like, when it comes to my work and a task that would take someone 15 minutes might take me 45 because of my OCD, or that my anxiety might make me nervous to undertake a task that looks simple to others. But I am not embarrassed, I am a person who lives with OCD and anxiety and that’s just my reality.

I was born a fucking weirdo and I better die a fucking weirdo! And if my “mental illnesses” are also responsible for some of my awesome personality traits, whether that be my ability to laugh at bad shit, my friendly nature, my memorable quirks or my obsession with dressing like a Golden Girl, then I am strangely grateful for them.

Our latest ep of the pod is ready for you and you can get it in your ears below and subscribe here for more.