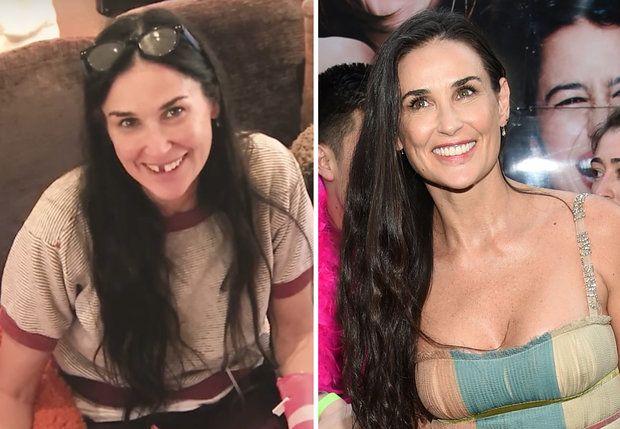 Did anyone know stress can make you lose teeth?

Just when we thought we knew all about the nasty stuff that stress can do to our bodies, Demi Moore has shared her shocking stress-induced ‘injury’ with Jimmy Fallon and it is making us sit up and pay attention. Oddly enough, it’s also making us feel pretty bloody stressed.

During her appearance on The Tonight Show on Monday night, Demi spoke about how she “sheared off “ (or ground down) her two front teeth as a result of too much stress. And here’s  a close up of the pic she took along to prove it… 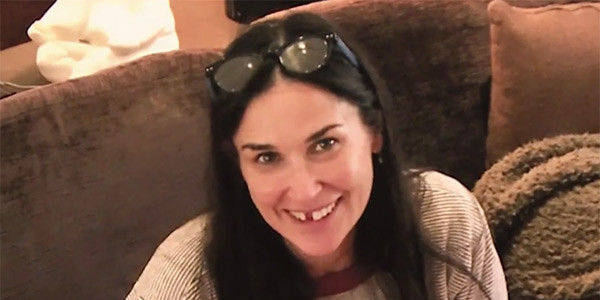 Yowza! We love that she had sense of humour about it though

“I sheared off my front teeth. I’d love to say it was skateboarding or something really kind of cool, but I think it’s something that’s important to share because I think it’s literally, probably after heart disease, one of the biggest killers in America, which is stress,” Demi said.

On a scale of one to ten, my own stress levels generally sit at around 25, which I’m pretty certain goes hand in hand with my anxiety. Over the past couple of years though, I’ve been experiencing some pretty gnarly jaw pain and intense headaches. About a year ago I visited my dentist about this and after examining me, she took a photo of my teeth and showed me how, most likely in my sleep, I’d been clenching my jaw and grinding my teeth, literally wearing them down. She then showed me her greatest hits compilation of dental horror; a collection of people who had ground their teeth down to teeny tiny little stumps. Or in Demi’s case, had lost their teeth altogether.

“Bruxism,” she told me, “that’s the technical name. You’ll have to get a mouthguard made up and wear it at night to make sure you don’t wear your teeth down any further from the grinding.” On top of the flannelette pyjamas and top knot combo I rock in the boudoir, I can only imagine how sexy said mouthguard would make me look, so I sorta ignored her advice and haven’t been back. And now, all I have in my head is the visual of Demi Moore looking like she’s been in a bar fight with a chick named Bertha. And Bertha clearly kicked her arse.

She showed me her greatest hits compilation of dental horror; a collection of people who had ground their teeth down to teeny tiny little stumps.

According to The Bruxism Association (who knew there was even such a thing?!), almost 70% of bruxism occurs as a result of stress and anxiety. People with sleep disorders (sleep talking, sleep apnoea, snoring, sleep paralysis, etc) are also at higher risk of bruxism, as are people who use “psychoactive substances” such as alcohol, tobacco, or medications for anxiety, depression and sleep disorders. So in a nutshell, heaps of us.

There are a few things we can do to help ourselves – and our pearly whites – from the ravages of stress. Firstly, learning to deal with and manage stress is very important, and you can find some handy hints here. Think exercise, meditation and the possibility of therapy to help lighten the load. Secondly, make an appointment to see your dentist. I know, I know, NO ONE likes to go, but just look at it as an excuse to actually lay down for half an hour.

And if you’re not convinced by me, Demi has some words of wisdom for you: “Thank God for modern dentistry. I swear to God, go out there and practice modern dentistry. Thank God. People have a hard time at the dentist and I would like to share that it can be really a lot of fun.”  Yep, sounds like good times to us too Demi.

Do you suffer from Bruxism – and how do you treat it?