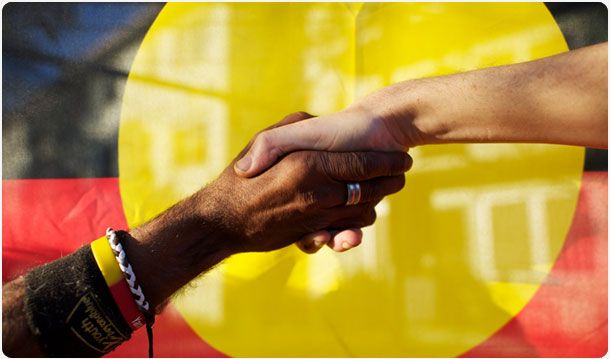 Feeling useless and overwhelmed? THIS is how you can really help to be an ally

In the past week, there has been so much coverage around the murder of George Floyd, the Black Lives Matter movement and the overall horrific treatment of people of colour in the US. And rightly so. However, on our very soil here in Australia, many of our First Nations people, Indigenous Australians who – let’s never forget were HERE FIRST – have suffered the same fate.

Speaking on a personal level, my outrage over what is happening in America is fierce… but I’m ashamed to admit that I didn’t take the same time to look at what is happening in my own backyard. Since 1991, there have been 432 Indigenous deaths in custody and sadly, that’s not even scratching the surface. If we go further back into our history, I can only imagine how much higher that number would be.

It’s time. It was time before any of this revoltingness ever happened, but now we MUST look at ALL injustices against women and men of colour and especially, help our fellow Australians who have been abused, neglected and murdered under our own flag.

It’s not happening though, is it? Just a couple of days ago, after a verbal altercation in the Sydney suburb of Surry Hills, a 17 year old Indigenous man was treated violently by a police officer who was described by the NSW Commissioner of Police, Mick Fuller, as having ‘had a bad day’. This is the kind of treatment our own people have been facing…

What I will say though, is that these heavy-handed police officers are not an indication of the entire force. They’re a small smattering in a league of mostly excellent people who spend their days and nights keeping us safe from harm. That small smattering though – they’ve gotta go. And quickly.

It’s time to stand up, reach out our hands and offer support and solidarity to those who need it. Because ALL black lives matter.

If you’re keen to help out, here are some home-grown places you might consider donating to or supporting…

A fundraiser of Sisters Inside Inc. aimed to help single mothers in WA who have been detained by police and held behind bars for their inability to pay fines due to poverty.

A Queensland-based community-run organisation advocating for the rights of incarcerated Indigenous women and girls.

Gamilloroi and Torres Strait Islander woman Nakkiah Lui summed up the need for action perfectly on The Project the other night in a way that is easily understood, but so difficult for so many of us to comprehend.

“These people aren’t just numbers – they have names. Be angry for us. Stand with us. Protest with us. Because we need you. I don’t want to live in a country where names become numbers. I just don’t” – @nakkiahlui pic.twitter.com/DptpKH2pc9