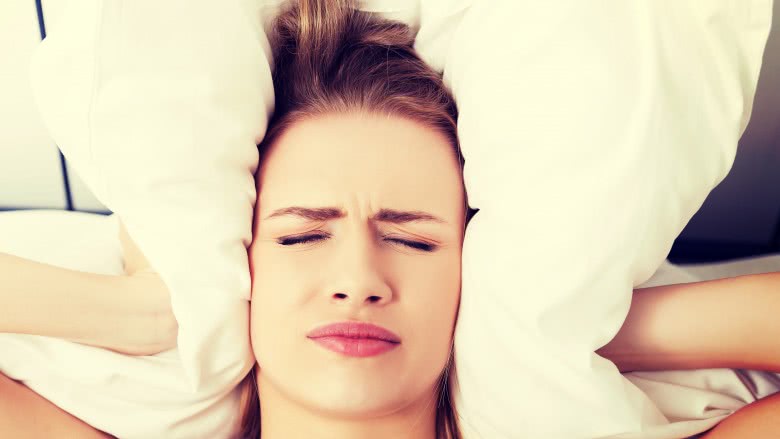 Unless you’re a migraine sufferer, you can’t really understand how debilitating they truly are. I grew up in a family where my mum and sister both suffered from them and then went on to marry a man who also does, so I had a front row seat to their hellishness. Over the years I’ve placed buckets near beds, darkened rooms and called doctors to administer pethidine shots when the going got really rough – but it wasn’t until I had my own first migraine that I really understood the kind of misery they cause.

I’d barely even had a headache until I was 29 – and then I had my first baby and in some kind of warped push present, the migraine fairy came to visit. And she obviously likes it here, ‘cos she’s decided to stick around.

I suffer regular headaches, often bad ones, but I don’t get migraines very often. When I do though, they are fierce. Migraine sufferers will know there’s an important distinction between a bad headache and a migraine, so when we see someone at the shops/movies/restaurant who says they’ve got a migraine and asks you for a Panadol, your eyes can’t roll back into your head far enough.

Headaches hurt, but migraines are incapacitating agony. The feeling is different for everyone but for me, it feels like your worst hangover head has been placed in a vice and is being squeezed at regular intervals. If you move, even the slightest amount, the grip gets tighter. If you look at light, it’s like a thousand pins shooting through the backs of your eyes and if you cough…. there’s no words to describe that.

When a migraine hits, my only relief is taking some super strong drug like Mersyndol Forte, which helps because it basically knocks me out cold for a few hours of pure bliss. It’s not ideal, but when you’re so desperate you’d sell your soul to make it stop, it’s a no-brainer.

So when I heard there was a migraine hack that was going off on social, my ears pricked up in the same way they do when I hear someone unwrapping chocolate in the pantry. I was ALL EARS.

In a recent Facebook post, Indiana woman Elizabeth Hayes revealed the instant relief she got from a 12 hour mega migraine marathon… using nothing but a handy food bag clip, or chip clip if you prefer.

“This chip clip saved my life tonight. I had a migraine start almost twelve hours ago and about an hour ago it was at an unbearable limit.

“I had exhausted all of my drugs and tricks I usually use to ease my migraines to no avail.”

After a desperate Google search, Liz came across an acupressure cure called Aculief, which works on the pressure point called the LI-4 by placing a clip between the thumb and forefinger to provide constant pressure to the area. Improvising, she grabbed a chip clip off her kitchen bench and bam! “Within one minute I had some relief,” Liz said, “and within twenty, my pain was reduced by half!!”

Seriously. Imagine this works. I reckon you could really use anything you’ve got laying around the house to provide the pressure; a chip clip, a clothes peg, or even by pinching the area between the thumb and forefinger of your other hand. I’m almost looking forward to my next migraine to give this a whirl. Jokes.

We spoke to Yummy Mummy Lorinska recently and she shared the migraine tip that she and Monty bonded over. You can listen to that ep below and subscribe here for more.