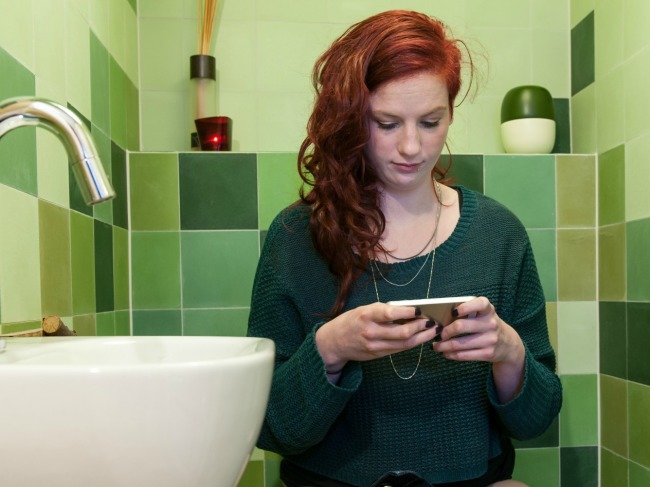 Do you take your phone into the toilet? This will make you think twice…

Sitting on the toilet is boring – necessary, but boring. Growing up, we were never a ‘magazines-in-the-toilet’ home, so I could recite the back of a Domestos bottle for you word for word because that was the only reading material we had available in there. Let’s just say I know the ins and outs of my bleach VERY well.

The fact of the matter is, pooing is a massive time-suck. My phone is rarely out of my sight and as truly revolting as it is to admit, it’s my toilet companion; I can get heaps of shit done (pun intended) when I’m in there. I don’t touch it in the time between wiping and washing my hands, but it’s still gross. My husband takes it in the toilet with him and it’s rare for him to re-surface from the dungeon in under half an hour. I reckon it’s his favourite hiding spot.

The fact is, that while convenient, taking your phone into the toilet is fifty shades of disgusting.

According to germ experts Charles Gerba, a professor of microbiology and Kelly Reynolds, associate professor of environmental health at the University of Arizona, our fondness for taking our phones into the loo could be making us sick. Here are some stomach-churning details –

Public toilets are festering pots of poo and wee – other people’s poo and wee. The most highly contaminated surfaces are doors, taps and floors which according to Gerba, “are covered in germs, pathogens and enteric bacteria (from the intestinal tract), mostly from fecal matter.” I’m not sure why you’d get your phone out in a public bathroom, however studies show that a quarter of handbags are covered in poo particles from resting on bathroom floors. Cue vomit. 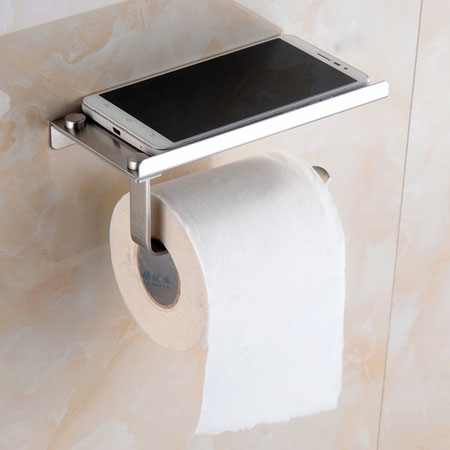 Keep the lid down when you flush. Kelly Reynolds reports that, “When you flush the toilet, water with faeces and urine sprays about six feet in every direction.” Now think about the aforementioned public toilet. That’s a melting pot of stranger’s poo and wee ALL OVER the bathroom, especially in the cubicle. The lesson here? Just DON’T EVER take your phone out in a public toilet. Ever.

Wash those hands. Scrub them, in fact. I’ll never forget an episode of Oprah where a germ expert said that the time required to get germs off your hands after being in the toilet is approximately the time it takes to sing ‘Happy Birthday’ the whole way through. YOU might be washing your hands, but you don’t know about those who have come before you. Don’t forget to use a piece of paper towel to open the door on your way out. 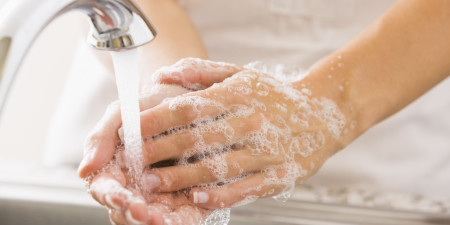 Sanitise that phone!  Look at your phone as a much grosser extension of your hands that you CAN’T wash. Ewww. Use a lint-free cloth or paper towel sprayed with a one part alcohol (you can get Isopropyl alcohol from the chemist) and one part distilled water to wipe down your phone as often as you need.

The best solution? Just DON’T take your phone into the toilet, especially public ones. You’ll be in and out quicker and if you’re really THAT bored in there, kick it old school and read the back of your cleaning bottles or air freshener….just think, you’ll be a walking talking bleach encyclopaedia – and who knows when that might come in handy?

Do you use your phone in the toilet and how do you keep it clean?