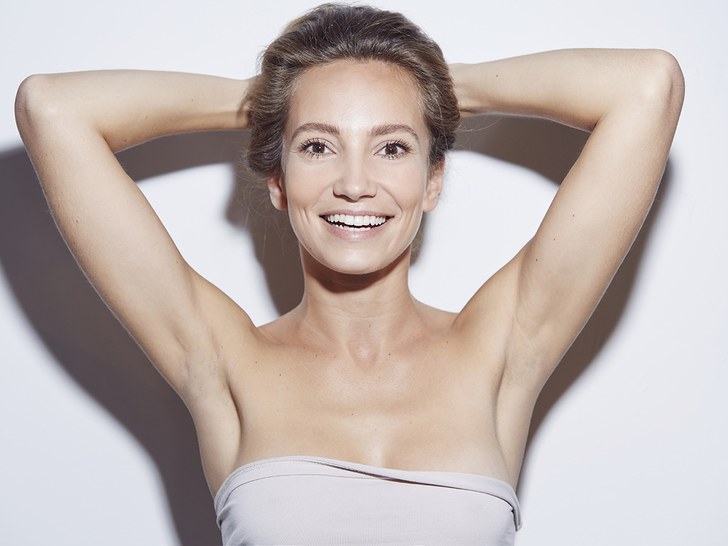 Natural deodorants, for me, have always ended in disaster. I’ve tried many over the years, but it always ends the same way; in a whiff of B.O that leaves me looking around asking, “Where is that smell coming from??” only to realise – holy shit, it’s ME. Apart from unknowingly chatting to someone while you’ve got a rogue booger hanging out of your nose or maybe a whitehead gleaming off your chin, having stinky pits is the worst.

There’s lots of data suggesting that your standard antiperspirant isn’t good for you. At all. Our bodies sweat for a reason, and blocking up our sweat ducts with reported carcinogens like aluminum chlorohydrate and endocrine disruptors like those in famiglia Paraben isn’t a great idea. While the definitive jury is still out on this one, I reckon it’s pretty safe to say that the long list of chemicals in deodorants and antiperspirants can’t be great for you… but who wants to stink? I sure as shit don’t.

Recently, my 10-year-old daughter has started to get a bit of B.O action going on – and damned if I was going to let her put that poison on her pits. We’ve tried about five different natural formulas and none – NONE – have worked. It’s really hard, because I don’t want her to use the stuff that I’m pretty sure isn’t good for her little developing body, but I also don’t want her to be the stinky kid at school. So, defeated, last week I bought her a heavy duty roll-on. The kind I use. And she hasn’t emitted a whiff of body odour since. But I feel on edge about it every single day. 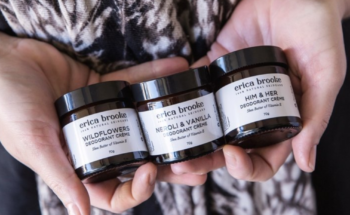 Just last week I was chatting with Monty and she was raving about a new natural deodorant she’s been using and she swears by it being the best thing ever. No nasty chemicals, no aluminium and NO stinky pits. That chick plays a lot of Cardio Tennis, so I trust that if it works on her after a few rounds of running around the court pretending to be Serena, then it must be good. And I’ve NEVER smelt B.O on my beloved Monts. Ever.

The product she speaks of? Erica Brooke Deodorant Cremes. These little pots of paradise come in 70 gram jars and in fancy-shmancy scents such as Neroli and Vanilla, Lemon Myrtle and Petitgrain, as well ‘No Scent’ for those who don’t like fragrance, and formulas like ‘Him and Her Double Strength.’ They retail for $17, but if you’re not keen on forking that out without a solid guarantee, you can also pick yourself up a seven gram trial size for around seven bucks.

This gorgeous stink fighter is devoid of the nasties found in standard deodorants, are sodium bicarbonate and aluminium free, with ingredients that are organic and even food grade where possible. And with organic and fair trade unrefined shea butter and coconut oil on the list, your pits will be softer than ever.

So needless to say, I’m gonna give this baby a red-hot go. If you’re interested too, you can find out more on the Erica Brooke website here.

Rachael Finch is one lady who is super keen on all things health and wellness, and spoke to us about it during our On the Couch chat. You can listen in pod form below and watch the vids here. PS – Don’t forget to subscribe to our podcast here. You’ll love it.