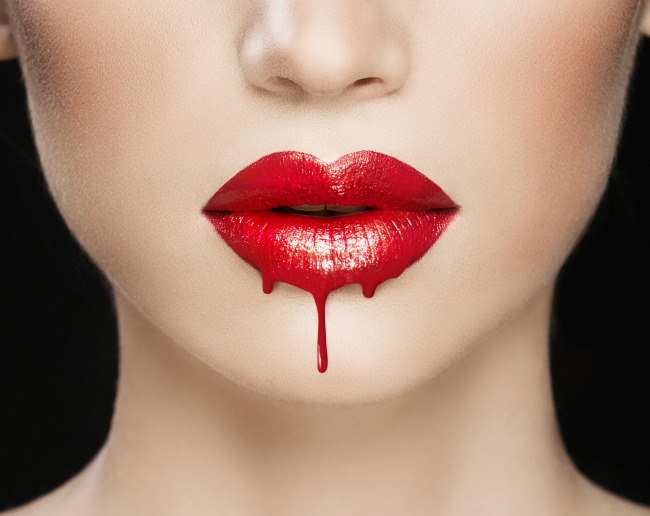 Do you feel embarrassed by your period?

I was walking through a busy shopping centre, just me and my two little boys, when I felt that tell-tale “oh f**kin  great, I’ve got my period” feeling. This day it wasn’t just a few cheeky spots. It was monsoonal. A bleed so significant it soaked through my pants within minutes. I had nothing on hand, so I had no choice but to walk on with my crimson crotch. Later, I told a girlfriend about it and was surprised to hear, “You must have been mortified!” Umm, no, not really. Being so drunk you vomit in a filthy urinal – that’s kinda embarrassing. Your mother in law walking in on you and her son naked with her bottle of olive oil on the bedside table – yeah, that’s pretty embarrassing. But getting my period? Nah, that’s just shit happenin’.

I was equally surprised when I recently heard some grown, savvy, independent women discussing their periods with an undercurrent of shame. The topic was how to dispose of used tampons/pads at a friend’s home. Some were too embarrassed to use their friends’ bins. Instead they sneak them into their handbag and throw them away discreetly at home. What!? How is carting waste in your purse the more sensible option?

In some parts of the world, our sisters aren’t indulged in such first-world problems. Menstrual taboos come at a greater cost in some communities where girls/women are forced to hide away while bleeding, skipping school or work to avoid the shame. Secrecy around periods is shit – it hurts women. So, can we stop it?

I was equally surprised when I recently heard some grown, savvy, independent women discussing their periods with an undercurrent of shame. 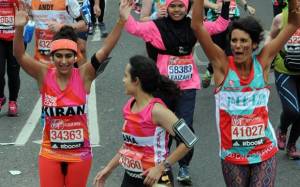 Remember the shock when marathon runner, Kiran Ghandi, freely ran with her blood on display? She did it simply because a pad would chafe (crikey, yes it would) and stopping for tampon changes would ruin her marathon mojo. I though it was bloody fantastic (pun intended). Good on you, Kiran. Why stop your momentum, your glory, your goal, for overrated so-called dignity? She copped some shit. She was called unladylike. She was called disgusting. Disgusting? For f**k’s sake she wasn’t sitting on someone’s face, she was running. Kiran Ghandi finished that marathon. And she defiantly and inspiringly felt no shame.

Author, lady-love expert and period guru, Lisa Lister from The Sassy She, loved the way “Kiran turned around something that the press were trying to shame her for and instead created a conversation about women bleeding.” Lister explains there was once a time “when a woman’s period was seen (and respected and honoured) as a super power,” but “now we reside in a masculine society that has no guidance or structure for the feminine menstrual experience and many women learn from a young age that their periods – normal biological functions that happen every single month – are somehow wrong, that menstruation is embarrassing, that we should try to keep it hidden and that we shouldn’t talk about it.”

Lister believes shame about menstruation disconnects us from our body and the female experience. It’s not healthy. Periods are not dirty. They are not embarrassing and they should not hold us back*. Why should we feel ashamed or undignified by something so essentially feminine and such a part of our very existence?

*except from sitting on white couches, I think we can all agree that’s just not a good idea.

For more goodness just like this, check out the fab Shannon’s Kitchen here

Have a listen to our chat with the awesome Tara Moss below, then head on over and subscribe to our excellent podcast here.