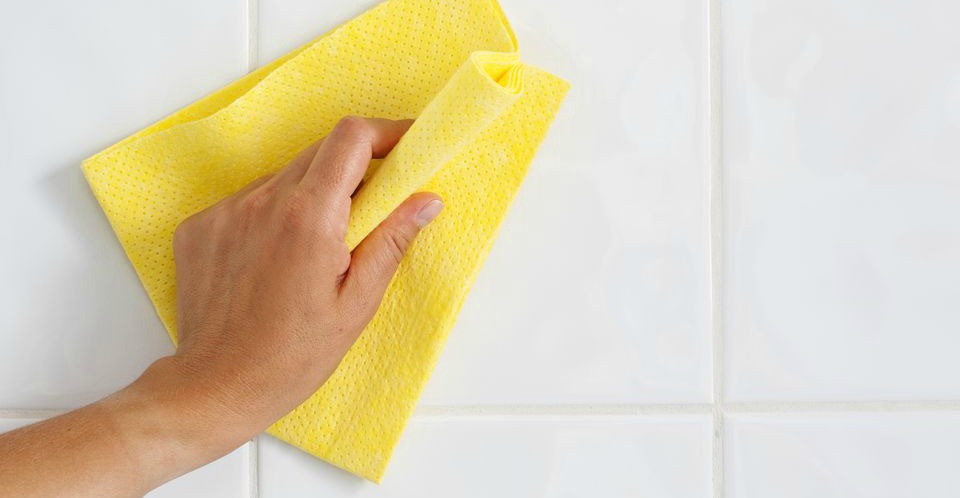 The best mould remover tip of all bloody time!

There isn’t much in this world that grinds my gears quite like the line of black mould that has grown in the silicone at the bottom of my shower. Every time I’m soaping my bits it stares at me like a revolting line of shame; taunting me with a silent sing-song that screams, ‘no matter how hard you try, you’ll never get rid of me!’

And trust me, I have tried. I’ve dished out more coin than I’d like to admit on every mould-busting spray, foam and potion that promises to get rid of it, but none of them seem to do anything other than blow my nostrils off and give me a cracking headache.

I wondered how the shower in my childhood home never had even a dot of mould in it… but then remember that my mum would NEVER let the shower stay wet – she would fly into the bathroom once the last of us had finished showering and dry the entire thing down. And that’s the key – moisture is like fertiliser for the mould in your shower silicone and that shit will flourish like the most revolting garden you’ve ever seen if you don’t dry it up.

So to get rid of my mess, I consulted the experts (YouTube of course) and they delivered the answer. It’s intense, but it bloody well works!

Mask (if you feel you need it)

Here’s how you do it:

Firstly: open every window in the vicinity of your bathroom. You’re gonna need a lot of ventilation. 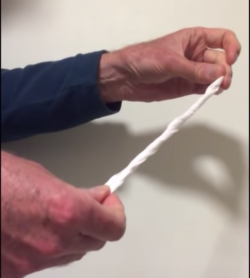 the toilet paper twist in action

Next: Grab a couple of sheets of toilet paper and twist it up so it’s a long piece (see pic).

Fourthly: Run the bleach along the silicone where the mould has set up camp. Don’t be thrifty here. Get it right in there and make sure it’s all covered.

Then: Grab your twisted up toilet paper and press it up against where you’ve popped that bleach, which will cover the mouldy mess. Press it right in there so it sticks to the area. This holds the bleach in place while it eats away at the black stuff.

Step six: WAIT. A good 12 to 14 hours should do it. Again – keep everything open and of course, keep any little people you’ve got living with you away from the area.

Finally: Again, wearing gloves, remove the toilet paper from the area and marvel at your blindingly white silicone.

Now: Give the shower a good wash to get the excess bleach off, stand back and admire your handy work. If you’re keen to keep it this way, invest in a two buck squeegee and use it after your daily shower, or dry your shower down with an old towel to remove the moisture and stop the mould from re-growing.

If you’re more of a visual person and want to see it in action, check out the YouTube video I got the tip from below. Grab a coffee, cos this dude has the kind of voice that will have you battling to keep your eyes open, but that’s ok, cos he’s a total genius.

We talked about this tip and heaps more on our latest ep of our Show+Telling. Listen below and subscribe here.