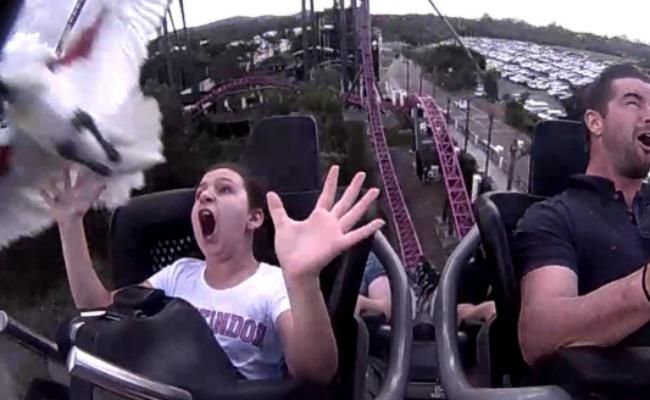 This pic is exactly what you think. The video is even better.

It’s not often that two of your worst nightmares collide in one spectacularly terrifying moment, but for haters of a) birds and b) rollercoasters, shit just got next-level insane at a Gold Coast theme park. 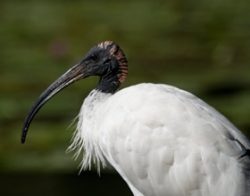 The incident happened at Movie World when a young girl named Paige hopped on the DC Rivals Hypercoaster with her Uncle Mitch in search of a bit of a thrill. Turns out Paige got wayyyy more than she bargained for when an Ibis bird came out of NOWHERE and flew right into her scone.

Paige’s mum, Nicole, of course bought the video (because how could you NOT?) and shared it on her Facebook page and it has since gone viral. I mean, this video is GOLD and may or may not have left a urine dribble in my undies from laughter/terror. It’s just so fucking hilarious and random…

Nicole assured everyone that Paige is totally fine, coming out of the ordeal with “feathers on her back and a beak scratch on her right shoulder.” And let’s just take a moment to appreciate how Paige handled this like a bloody champion. If that was me, I likely would’ve passed out and left some very serious skiddies in my jocks from the shock. Onya Paige. 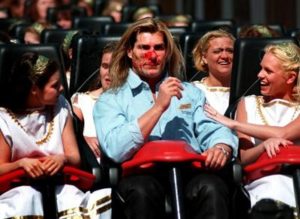 Side note: This event coincidentally comes on the 20th anniversary of that time Fabio killed a goose with his bare face while riding the Apollo’s Chariot Hypercoaster in Virginia’s Busch Gardens theme park back in 1999 – which inadvertently makes me think about when Goose died in Top Gun. And now I’m sad. Here’s that clip, just for old times’ sake…

Have you heard our podcast with Jackie Gillies? It was very interesting, especially when she picked up my late grandmother in the room! Listen below then come subscribe for more pod eps here.