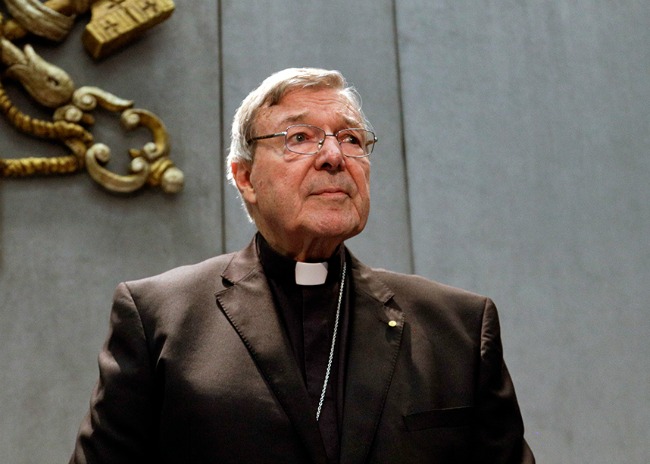 George Pell has been sentenced. What a joke.

Six years is apparently all a child’s life is worth based on the sentencing of George Pell earlier today. Actually, make that three years and eight months.

I don’t think I’m being dramatic when I say ‘a child’s life’, because that is exactly what George Pell stole when he made the decision to molest two young choirboys at the church he presided over back in 1996. 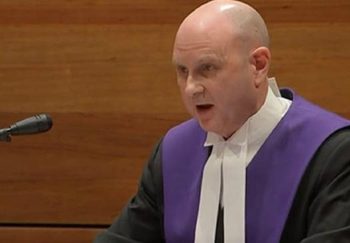 Pell’s crimes, of which he was found guilty via unanimous jury, held a maximum sentence of ten years. When handing down his sentence to the court this morning, Judge Peter Kidd said that he took George Pell’s “good character” and advanced age (Pell is 77) into account when making the decision that six years (with a three year and eight month non-parole period) was punishment enough. 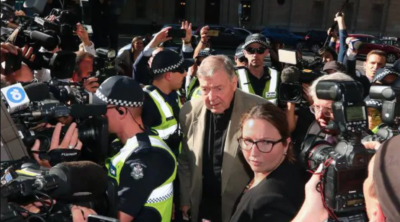 George Pell’s trial has been a media frenzy
Image: Getty

Poor George Pell. He’s an old man now and requires protection, which is why he’ll most likely be kept isolated in a high security wing of the prison he’ll spend around 1339 nights in if he is released after that non-parole period is up. It’s fucking MIND BOGGLING to me that Pell’s advanced age was a major consideration in the judge’s ruling, when surely the vulnerable ages of his victims should have influenced it so much more.

What Judge Kidd decided in his courtroom today was like spitting in the face of Pell’s victims (one of whom passed away in 2014) and so many other victims of historical child sexual abuse. I don’t even want to go into the message it sent to men and women potentially considering coming forward to face their abusers and the impact this sentencing might have on their decision.

There is no question that the sentence handed down to those boys when George Pell violated their trust, their bodies and their minds is one that they will carry forever. It won’t be over in three, six, or even ten years, because that kind of pain comes with no expiry date.

I can only hope that the anger and outrage shown by the Australian public today provides some level of comfort and support to the victims and their families. I’m just sorry they didn’t get the justice they so rightly deserved.