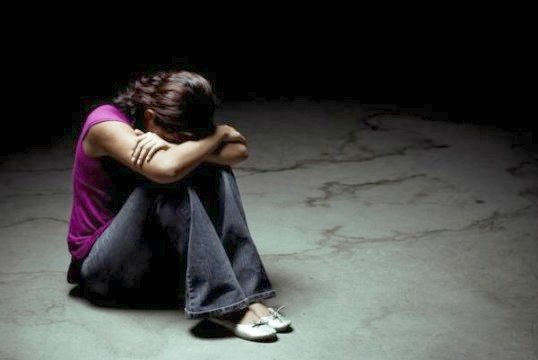 Anxiety – you are a nasty mole!

Anxiety is a nasty bitch and sometimes, you can carry it so long before you realise it really has a hold on you.

It could have been the time that I made myself drive down to my daughter’s school and watch her in the playground on a windy day because I thought a tree might fall on her and kill her.

It could have been the time I lost my shit in an underground carpark because I was convinced it was about to collapse. Or the time I had a fight with my husband in a food court because he LET GO of the pram strap while I went to get something to eat…..because what if someone grabbed that pram and did a runner with our baby?

But in hindsight, I think it was when I realised that my every waking minute was consumed by thinking that the worst possible scenario was the ONLY scenario I allowed myself to think about.

Looking back, I think anxiety and depression were always in my life, I was just able to mask it better when I was younger. There were less responsibilities and more freedom, so even though I would go through a bit of a slump a few times a year as a teenager, it was easy to disguise. My default setting in situations that made me nervous was to overcompensate with behaviour that, a friend once labelled “excitable” or just plain over-eager.  My lack of self-confidence made me feel like I had to work that much harder, so I appeared to others as having TOO much confidence, especially in high school.

Simple conversations, or emails, or text messages get over-analysed and I find myself having arguments with people in my head on the ASSUMPTION that they’re going to call me out on something. Or judge me. Or ridicule me. Or worse…just not like me.

The minute I became a parent brought up an entirely new set of fears, which culminated in my preoccupation that something bad was going to happen to my kids.  I can’t tell you how many times I’ve woken in the night having had the most horrendous nightmares of my kids being caught in a fire. Trapped in a car accident. Abducted. Or just dying in their sleep. When my worst nightmares felt like they were becoming very real and very constant realities, I found that whatever natural instincts I had disappeared. 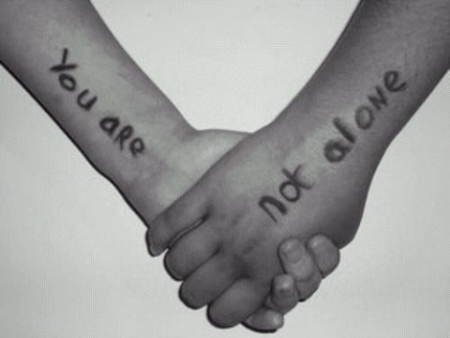 I can’t “trust my gut” anymore, because my gut is always telling me that something is wrong, which leads to so much brain confusion it’s exhausting. Trying to decipher whether I feel something might REALLY be wrong is impossible, because I ALWAYS feel like something is wrong.

Moreover, anxiety and depression has made me feel so much guilt as a parent it’s hard to articulate. I have a daughter and son who are both highly anxious, and there’s no doubt in my mind that it is because I am their mother. What I thought was just being a protective parent has done my babies such a disservice that I find it difficult to come to terms with the shame of it all. My worst fear is that they turn out like me, because some days, it really does feel like torture. I want them to have a gut they can trust, so with the help of a psychologist, we’re working on it. Together.

For me, medication has helped alleviate some of the symptoms and makes me feel a little more ‘even.’ The fears still pop up in my mind, but they are more likely to come and go and not stay right in my line of vision until I do something to make them go away….like driving down to the school to check that a tree has not squashed my girl.

I’m lucky to have a supportive and incredible husband, and family, and friends (including my S+T family), who helped make that first step towards getting help much easier – but I’m aware that not everyone has that luxury. To them, I say that WE are here for you. We are supporting you and we are wanting you to get better.

I don’t think medication is the answer for everyone, but I do think that if you’re feeling like something isn’t right or that life feels harder than you know it should be, it’s SO important to talk to someone. Opening up conversations like this is often the first step to a brighter and happier future ahead….and there is one. Some of us just need to work a little harder to find it.

Here is Constance Hall On The Couch chatting about anxiety.

No time to watch vids?? Have a listen to the beautiful Sarah Harris talking about her personal battles with stress and anxiety below. You can subscribe to our podcast here.