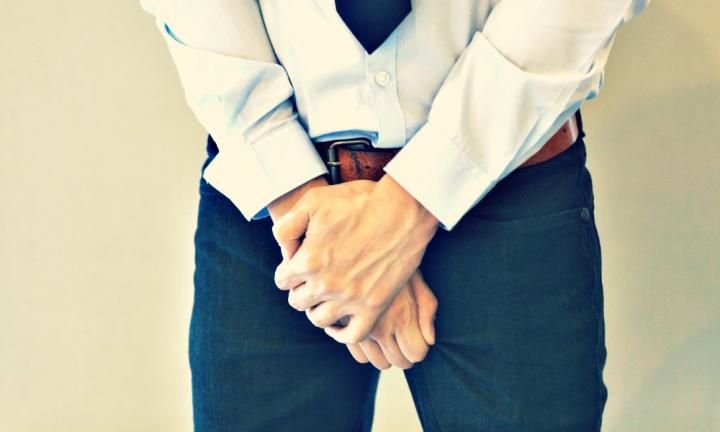 I’m calling it. Men who refuse to have vasectomies are selfish.

Well, I think I need to clarify a little. I think that men who are in long-term, committed relationships who have decided that both he and his partner DO NOT want children (any or more) are selfish if they refuse a vasectomy.

Case in point – I am a 39 year old woman with two children who is 186% sure that I don’t want to have any more kids. So is my husband. Birth control is obviously something that requires discussion, but I find myself getting into the same argument time and time again with him. Why should it fall on me? Again?

I had been on the pill for YEARS. When we decided we wanted kids and were lucky enough for that to eventually happen, I was the one who felt like vomiting at the sight of….everything. I grew and GREW and stretched until my body was unrecognisable. I pushed our two children out of my vagina and made polite conversation with my obstetrician while he took a needle and thread and stitched it back up again. I had condoms full of ice shoved up my butt to calm the haemorroids that quite frankly, were more painful than the stitches.

I watched my baby drink the pink milk from my breasts when my nipples were cracked and freaked out when I found a piece of my nipple had COME OFF ONTO MY BREAST PAD. All the while, my husband was beautiful and supportive and at the ready with whatever I needed – with his rosy and smooth nipples well and truly intact.

After our son was born, I had a Mirena IUD inserted into my cervix at my six-week check up. It was placed way, WAY up there in a ‘procedure’ that made my toes curl.  And there it stayed, that little piece of hormone-emitting plastic, for five years.

There’s something about men and the idea of anyone going anywhere near their balls for anything other than sex that just doesn’t compute. “Vasectomy? No waaayyyy, no one’s going near my balls with a knife.”

I wonder if I had said, “Childbirth? No waaayyyyy, no one’s going near my vag with a knife,” if that would have sounded reasonable.  Not exactly the same, I know, but you get where I’m coming from. I’m probably massively generalising here, but I would hazard a guess that in most long-term sexual relationships, women are the ones who take care of the contraception.

Tubal ligation, or having your tubes ‘tied’ is a much more invasive procedure for women than a vasectomy is for men and I find myself asking, haven’t we gone through enough invasive stuff already?  Ask any woman who has gone through a caesarian and I think she’d answer with a resounding YES!  Relationships take work and a lot of compromise, so I wonder what makes this instance any different?

Men are wonderful and my guy truly is the greatest – I just wish he would bite the bullet and get those two little snips that would make life and – lovin’ – so much easier.

Do you think it’s selfish for women to expect their partner to have a vasectomy.

Have you heard Sarah Harris’s birth and labour story with her first son? It is the BEST. She gave us all the deets when she sat On the Couch with Monty. You can watch the vids here or tune in via podcast below…. and don’t forget to subscribe here.