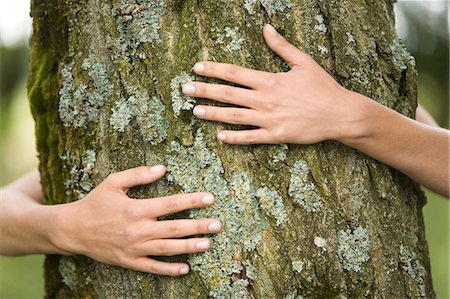 Do you have to touch wood to prevent jinxing something?

Do you touch wood when you have a bad thought in your head? Your mind can conjure up so many fucked scenarios in a split second, like your kid getting abducted by a mega creep in the supermarket or your mum getting killed by a train even though she is rarely, if ever, near one… or is that just me? To make sure those horrid stories don’t become your reality, do you have to get your mitts on wood pronto? Cause we all know touching some bark will absolutely 100% un-jinx you.

I got so addicted to touching wood it became a right royal headfuck. Like, if a tragic thought popped into my mind mid-shower, I’d have to get out and hop drenched to the wooden doorway to make sure that shit was dusted away. Or if I was mid-movie in the cinema and my mind flashed to me nursing my best friend on her death bed, then my fingers NEEDED to find wood. Have you ever noticed the lack of wood in a cinema? It’s a wood addict’s worst environment.

So one day after touching wood for like, the 96th time that hour, I went cold turkey. I had to – it was literally taking up too much of my brain space and energy always needing to touch wood when touching wood actually does NOTHING!!!! This was about 20 years ago and I have never reached for timber since. It was liberating breaking that bitch of a habit.

I realised the other day there was something else I went cold turkey on years ago. 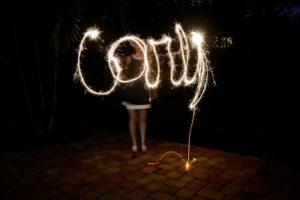 We took my boys down to the beach when it got dark the other night and they ran around giggling excitedly with sparklers, cause I’m an awesome mum (NOTE: We are not the kind of family who usually do seemingly perfect things like nighttime beach sparklers, picture the opposite and that is us). While watching them draw fire faces and stars in the black sky, my son went to hand me the sparkler. I politely declined his offer but being the seven year old roost ruler he is, I was forced to take it. Sparklers are a massive hoot to most kids. It’s the closest your folks let you get to fire until you are like 15, so what’s not to love?

I’ll tell you whats not to bloody love – those things are the devil. I felt a rush of anxiety bolt up my body as I grabbed onto the flimsy wire handle and I realised it had been decades since I last held one. You see, when I was a kid, I was an oddball; I over thought shit and was paranoid about people in my family dying, so for some totally insane reason, whenever we would have sparklers, usually at someones birthday, I HAD to write everyone I loved names in the sky with the sparkler before it went out or they would die. That is some seriously heavy shit for a kid to carry and makes sparkler time bloody grim. My hand would go a million miles an hour, “Mum, Dad, Nan, Pa, Aunty Noelle, Uncle Ge….” Then the thing would fizzle out and I had to do some serious self talk that Uncle George was most probably not going to die.

Over the years I have managed to calm down the obsessive behaviour and deathly thoughts, but I know it is all just lurking beneath the surface. I just touch wood my kids don’t grow up with crazy ideas like seeing sparklers as death sticks.