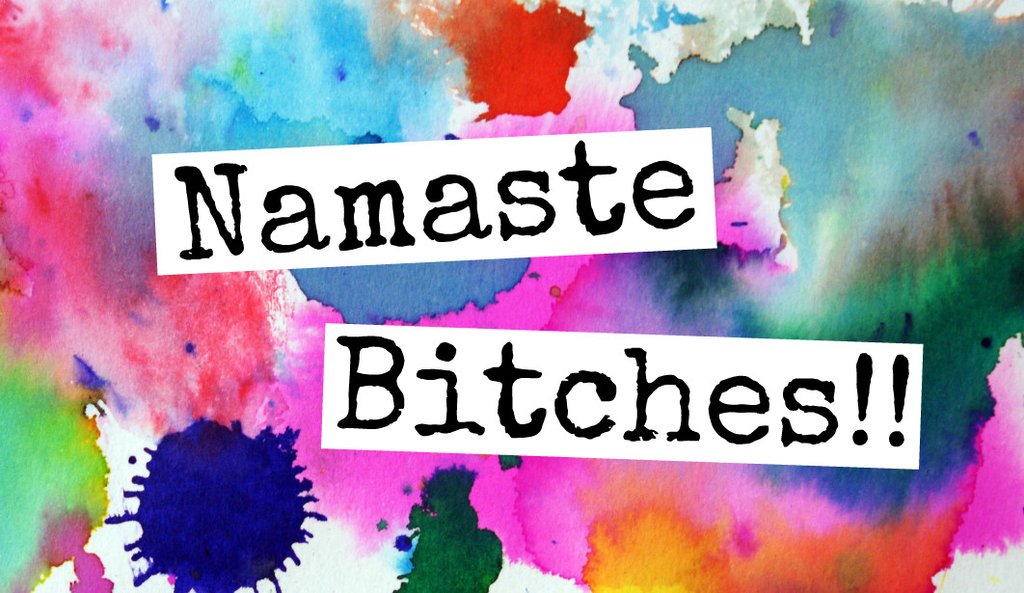 Have you heard of EFT? It will kick your stress in the balls

I’ll give most things a go; I mean besides heroin and sky diving and anchovies and a group orgie. Outside of that, I am pretty open to trying different experiences, learning new and sometimes out there tools for life and seeing what works for me and leaving what doesn’t.

The other week I bumped into an old friend at the park. She loathes the park as much as I do so after we groaned about how our precious Sunday afternoon was being spent, we started chatting about, you know, life!

She told me how she is now an EFT practitioner. I was like “what the fuck is that?”

EFT stands for Emotional Freedom Technique and when Tamica told me she used it on her kids to help with calming them and sleep I wanted IN!

So I organised  a small group of my mates to come together and Tamica ran a workshop on EFT for us. Some of you might know it as tapping, as you use two fingers to tap on different points of your body. Kind of like acupuncture without the needles. 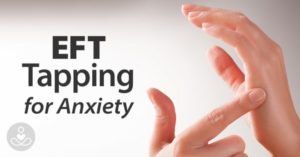 The ‘Karate chop’ part of the hand

Loads of studies have been done in over 10 countries around the world on EFT and it’s shown to affects the amygdala (stress centre in the brain) and the hippocampus (memory centre), which both play a big role in our decisions on whether something is a threat or not. It is also shown to lower cortisol levels (the stress hormone). Too much cortisol is fucked for all involved because it ends up lowering your immune system and screwing with your overall health.

Tapping is a cracking tool you can learn and do at anytime. It is easy to do once you learn it and it can not only help you, but you can do it on other people as well, like your mini humans, from as young as three years old. It has an immediate calming effect and who the fuck doesn’t want that I ask ya?

I am going to try and explain how to do it and it is so worth a try. You might feel ridiculous the first few times you do it (I absolutely did) but I actually say it out loud while doing the tapping.

1. Acknowledge there is something to change and get specific about the issue you’re experiencing –  Where is the physical or emotional discomfort in your body? What thoughts are you having that are leading you to experience the distress?

Rate distress/discomfort out of 10 (10=most distress, 0=no distress).

Eg – My kids are fighting non stop and it is driving me insane, I hate this right now, I want to hurt them or run away= 10 in distress. 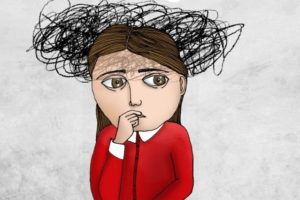 2. State problem out loud in the “setup statement” while tapping on karate chop point (pictured) The purpose of the set up statement is to encourage some acceptance for the fact that you’re feeling distressed. It’s ok if you don’t feel immediate “acceptance” of the issue after the statement. It’s an important first step in notifying the body you’re about to work on this specific issue.

An example of a set up statement –  “Even though my kids are fighting non stop and it is driving me insane, Im feeling so mad,  I want to hurt them or run away. I accept myself and how I feel” (repeat three times)

3. Tap through the remaining eight EFT points while saying a short reminder phrase, for example: “I’m so mad I just want to scream”, “it’s overwhelming”, “why can’t they just get along”, “I feel so trapped”, “I just want them to stop”, “I feel tight in my chest”, ” This lump in my throat” etc. Complete 3-5 rounds of the reminder phrases before moving to step four.

Here are the points you tap on… 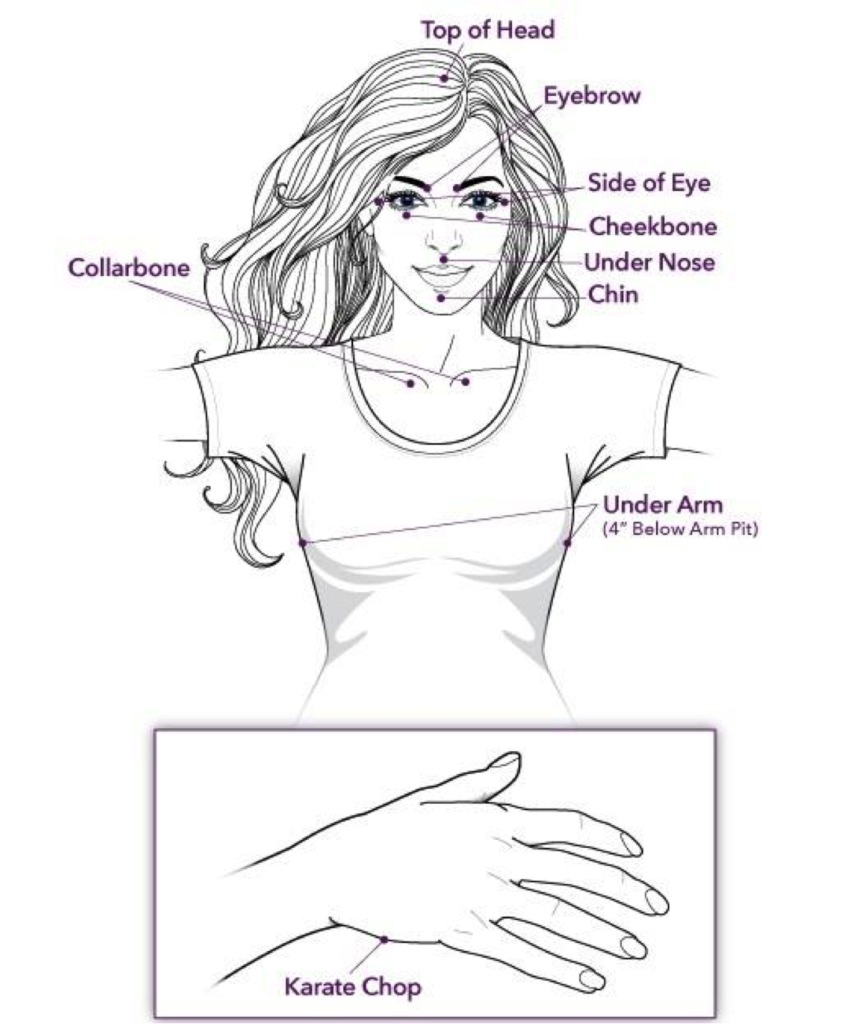 If any of this interests you, you should do a session with my friend. She is INCREDIBLE! We laughed and cried and felt so many different emotions while doing this in the workshop and all of us took away a powerful tool to pop in our belt that can be whipped out at any point.

You can find more info here.

** Also Melb peeps, Tamica is running an event in Collingwood in June called NeoSoma. NeoSoma takes you on a movement journey to dissolve and transcend stored emotions, memories and feelings that are keeping you feeling stuck and stagnant. We know that the body plays an incredibly important role in releasing memories and emotions and is often overlooked when it comes to the reset and “letting go” we need when seeking to create an elevated state of being.  This is a carefully facilitated movement event like nothing you’ve experienced before.